Bauer Media has scored a significant win in its legal battle with actor Rebel Wilson, who has been ordered to repay $4.1 million -- plus interest -- of a defamation payout she was awarded in September last year.

Rebel Wilson to pay back millions. Actor Rebel Wilson has been ordered to pay back the damages she was awarded for defamation by Bauer Media. The record damages payout of $4.5 million was reduced on appeal, and yesterday a court ruled she needed to pay back $4.1 million including interest — it had been handed over within weeks of the original court ruling. Wilson was also ordered to pay 80% of Bauer’s legal costs for the appeal. Wilson has commentated much of the appeal process through her Twitter account, but hasn’t commented on the latest orders other than to retweet a fan called Allan Allstar (who has 28 followers), who said the decision was a “proper injustice”.

Ten’s new game show. Just days after Mark Humphries announced he was leaving SBS, the Ten Network has named him as co-host of its Australian remake of game show Pointless. He will share hosting duties with Dr Andrew Rochford, who’s previously hosted The Project on Ten. Pointless is a UK game show described as a “reverse Family Feud” (recently canned by Ten).

How Warren Buffett abandoned newspapers. Rather than sell or close his 70 or so weakening newspapers now clustered in BH Media, CEO Warren Buffett has decided to outsource the management of 30 daily papers to a rival print group in middle America. The deal shows he’s all but abandoned newspapers. Under the deal, Lee Enterprises, an Iowa-based regional newspaper group, will manage BH Media’s 30 dailies for the next five years for a fee of US$50 million. Lee owns 46 dailies and more than 300 other publications. BH Media’s print circulation has dropped about 15% since 2015. It has struggled to build digital subscriptions and advertising as audiences have shifted from print to online.

Buffett told CNBC earlier this year that be believes only two newspapers, The New York Times and the Wall Street Journal, are assured to survive the current climate, because people will pay for them online. — Glenn Dyer

The revolving door. Queensland’s The Sunday Mail has announced its new editor as Kelvin Healey. He is replacing Peter Gleeson, who was earlier this week given extra duties at Sky News. Gleeson has already been hosting late night national affairs program Heads Up on weekends, but will now be on air daily from the Brisbane studio. Healey is currently deputy editor of the Courier-Mail.

Glenn Dyer’s TV Ratings. Seven’s night in total people, main channels, the major demos and in regional areas. House Rules had 1.26 million national viewers and Masterchef 1.1 million. With the AFL on tonight, Nine’s AFL Footy Show on Nine and Seven’s Front Bar aired last night. And again it was an easy win to the modest Front Bar — 366,000 nationally and 195,000 in Melbourne (which is the key market), against 293,000 nationally and 143,000 in Melbourne for The AFL Show on Nine. Gruen was OK last night (a stand out in fact) with 1.02 million nationally for the ABC. End of night. Read the rest at the Crikey website. 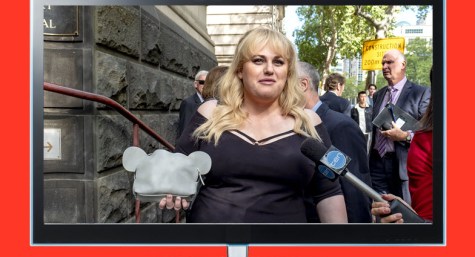