It shouldn't come as a surprise that Korean pop bands have recently made history in the US charts. This is just one part of a methodical global expansion.

Last month, in a staggering achievement for the Korean music industry, South Korean boy band BTS became the first Korean pop (or K-pop) artists to top the US Billboard 200 charts. BTS’ Love Yourself: Tear became the first predominately foreign language album to become number one in 12 years. This has since been followed by BLACKPINK becoming the highest-charting Koren girl group, debuting this week at no. 55.

Not only are these historical achievements for the genre, it’s a sign of the Korean music industry’s long-term and multi-pronged plans coming to fruition, and significantly, it could be held as an example to the aspirations of other nations’ pop markets.

Since its emergence in the late ‘80s and early ‘90s, the K-pop industry has tactically evolved its sound and broadened its demographic by aggressively pursuing, and adapting to, worldwide trends. This started with the marketing of acts to other parts of Asia. Success in concentrating on breaking artists in Japan — the second biggest music market in the world after the US — was key to its growth. Many Korean groups altered their sound to appeal to J-pop audiences, with some recruiting Japanese singers or performing entire songs in the language. It’s a formula which was then also applied to China.

One particular company, SM Entertainment, has been behind many of the genre’s most successful artists, including Exo, SHINee, Girls’ Generation, and boy band NCT — the latter of whom openly operate as a brand designed to appeal to different regions. What makes NCT (Neo Culture Technology) perhaps the epitome of the K-pop industry, is that they are less about selling personalities and individual stories — as is the accepted norm with most pop music — and more about the proliferation of an idea.

The group’s stated concept is to have an unlimited number of members who make up regionalised versions of the group in various cities across the world. While bands like The Wiggles notably created franchised versions of their brand as an answer to touring demands worldwide, the idea of adopting the content to cater to regional markets (much in the way that international food chains such as McDonalds may adjust their menu to local tastes) is an unusual and intriguing method.

Three different units of NCT have been created thus far. The first was NCT U, who debuted in April 2016 with the release of two singles (one in Korean, one in Chinese) and with their own reality TV show which has now had seven seasons. They were followed a few months later by the groups NCT 127 and NCT Dream, and more recently with NCT 2018 (a group containing all 18 members of the three ensembles). The success of this method has been repeated by SM Entertainment for other acts on their roster, including Exo, which consists of the Exo-K and Exo-M subdivisions who sing in Korean and Mandarin languages.

SM Entertainment is not the only music agency in South Korea, but they are the biggest, operating as management, label, promoter and agent for their acts. The company was founded by Lee Soo-man, who came up with the concept of what he calls “cultural technology” — a system that lays out the specific steps needed to spread the popularity of K-pop artists outside of South Korea. According to a helpful and unapologetically corporate video uploaded by the company, the system of cultural technology has four distinct areas of concentration: casting, training, producing and marketing.

To many this level of business calculation and inherent “inauthenticity” will seem unappealing. However, for a genre of music that has always been a purposeful mash-up of global styles — a uniquely Asian creation with the Western influences of Euro-pop, hip hop, electronic and dubstep — this approach seems to make sense. As of 2016, the industry generated US$4.17 billion in global revenue.

One unlikely proponent of K-pop is US producer/songwriter/artist Teddy Riley, who pioneered the new jack swing sound of the late ‘80s and scored major hits for Keith Sweat, Michael Jackson, and his own group, Blackstreet. Riley has been working with K-pop acts such as Girls’ Generation over the last few years, helping to bring his golden touch to the Korean productions.

“It’s really like bootcamp, slash militant,” Riley explained in an interview with Jezebel. “You get to be who you are, but at the same time you get to follow your brand. And you have to be that brand, and with that brand, in order to be in that group. Just looking at the whole culture of how they do it, they’ve taken artist development to another level, having it as an actual school.”

In fact, with political tensions between China and South Korea particularly high after the instalment of the American THAAD missile system on the Korean peninsula, K-pop’s recent difficulty with marketing to that region has resulted in concentrated efforts on other parts of the world. Besides Japan, K-pop has been enjoying chart success in the American and Latin American markets. This is supported by an enormous online fandom. From August 2016-17, videos by K-pop artists had been streamed on YouTube 24 billion times, with BTS scoring more views than major Western artists such as Lady Gaga, Selena Gomez and Drake over that time.

However, unlike PSY’s world-conquering Gangnam Style, which itself has surpassed 3.16 billion views on YouTube, the success of acts such as Exo, NTC and BTS cannot be written off as novelty. With the latter’s current word tour having sold out multiple nights at such venues as London’s 02 Arena within minutes, K-pop’s momentum seems unstoppable. 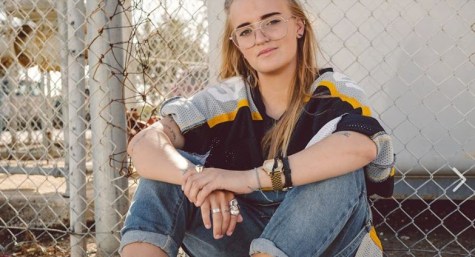 Thanks for your article on K-Pop and BTS. The appeal of K-Pop is so interesting and until recently, has been very underestimated by mainstream music media. The appearance of BTS at recent American music award shows just highlighted how few Asian faces there are in Western popular music. In fact, some K-Pop artists are from western countries, but had to go to South Korea to pursue their careers. K-Pop is perceived to be formulaic but it can be extremely innovative. The quality of the performances and the creativity of the music videos plays a large part, and the extensive use of social media makes the groups (‘idols’) very accessible to the fans . The songs are sung mostly in Korean, but that does not stop fans like my daughter, aged 21, being passionately involved with the idols she follows. That music sung in a foreign language – an Asian language at that- can be so successful world wide is great. K-Pop is huge in Australia – Big Bang sold out 2 concerts at Homebush in 2015 and BTS sold out its last concert in Sydney last year. Many other K-Pop artists have toured Australia in recent years, including Got7 and Vixx. SBS has a radio station devoted entirely to Asian Pop.

It’s business not music. Industry not art.
I would be surprised if any K-poop group (musicians is hardly the correct term) was popular with any demographic other than pubescent; who are hardly known for their good taste and individuality.

In the usually monoglot US/UK/Oz charts of the 60s, foreign language hits have been a surprise, from the Japanese of Kyu Sakamoto’s “Sukiyaki” (aka “Ue o Muite Arukō” (上を向いて歩こう, “I Look Up As I Walk”) through the Belgian Singing nun – Jeannine Deckers’ “Dominique” (not sure whether she was the one who flew via her headdress…) and the stomping “99 Luftballoons” by Nina.
As it used to said, you know that you are drunk when you think that you can sing Yothi Yindi’s “Treaty Now!” in the original.

Oh balderdash. A commercial exploitation of the young by the most cynical and jaded of (usually) men. That it might be popular is unquestioned, that it might be music is doubtful, that it has any musical quality is laughable.

This is just the Monkees re-visited for the nth time, but the Monkees had some great song writers behind them.

Besides, there is shiteloads of incredibly high quality music across all genres coming out of Oz at the moment.

K-pop is just a leaflet out of the book of pop, which itself is the slightly demented off-shoot of modern music generally.