Media Files: View has eyes on the top spots for real estate listings

Former REA exec Toby Balazs has been confirmed as the new CEO of real estate listings website View. He's been charged with bringing the company up from the third largest player in the market.

New plays in the real estate game, Wilkinson v Dreyfuss, Rosanne has an identity crisis, and other media tidbits of the day.

View plots growth with new CEO. Real estate listings website View has confirmed that CEO Enzo Raimondo has left the company, as Crikey reported earlier this month. And as we predicted, the third-largest property listings site (after Fairfax’s Domain and News Corp’s REA) wants a bigger slice of the lucrative real estate advertising pie. They’ve brought on Toby Balazs as CEO, who’s been part of the leadership team at REA since 2004. View was set up by state and territory real estate institutes but has long been well behind the two big players.

In a statement, Balazs said: “Growing View from the third-largest player is a challenge I accept with both confidence and determination.” He said the site would offer lower fees for real estate agents to list their property.

View rebranded from realestateview.com.au last year, and has a partnership with Independent Media Publishers to provide editorial content.

Good feud guide. Nine’s Today Extra has given actor Richard Dreyfuss free rein to attack Ten’s The Project and its hosts Hamish Macdonald and Lisa Wilkinson over questions they asked in an interview on Sunday. Dreyfuss used a spot on Nine’s morning program to accuse The Project of “mugging” him when they asked him about having been implicated as part of the Hollywood #MeToo movement. “I was mugged the other night in Sydney, Australia, not by a petty thief, but by the host and hostesses of a talk show called The Project,” he said. Wilkinson responded by tweeting that the questions were run by Dreyfuss’s people three days before the interview: “If he didn’t want to discuss it, we were happy to have [co-star] Kathleen Turner alone. We were assured in writing he was OK with it.” Roseanne back without Roseanne. US TV network ABC has confirmed it’s working on a spin-off of Roseanne without star and executive producer Roseanne Barr. The hugely successful Roseanne reboot had been a ratings winner for the network, but it was pulled after a racist tweet from Barr. Deadline reports the spin-off has a working title of The Conners, and will feature Barr’s on-screen family without her. It’s not clear how Barr will be written out of the script. The show is due to start airing later this year.

Freelancer spiked over negative tweet. A freelance journalist has detailed how a story she wrote for The Washington Post was killed after she retweeted criticism of the paper on Twitter. Abby Seiff wrote about her experience for Columbia Journalism Review, asking when it’s OK for freelancers to push back:

The Washington Post killed my story over a retweeted criticism. They told me I couldn’t pitch them for six months. Then they told me I might have an agenda against the paper. Then they went silent. Seven weeks later, when they learned I was writing about the incident for CJR, they told me they were terribly sorry; it should never have happened. In the pantheon of freelance horror stories, it’s hardly the most egregious. In my privileged position, I pushed back, I leaned in, I secured a commission and got my apology. Still, what does this say about the precarious state of freelance life? Glenn Dyer’s TV Ratings. SBS’ night — 2.064 million watched Australia draw with Denmark in their World Cup qualifier (did Princess Mary watch too?). That was down on the 2.13 million who watched the Australia-France game last Saturday night. Seven had more viewers in total people because of the 6-7pm audience for the news. SBS creamed the demographics and the main channels easily. 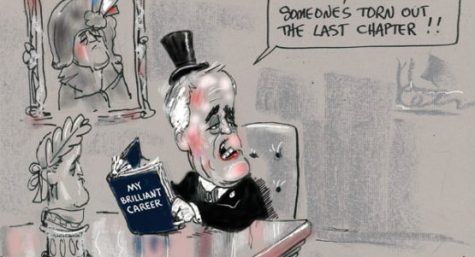 How are Australian freelance journalists funding their work?

How Australia’s media giants put the squeeze on freelance journos