The world watched as Donald Trump's hardline family separation policy fell apart, but here in Australia, minors are not guaranteed rights either.

This week we have all been appalled by the footage of immigrant children forcibly separated from their parents by US government agencies. Throughout this same time I have been talking to a New Zealand teenager who has been taken without warning to Melbourne’s Immigration detention facility, nine hours drive from his nearest family members.

The minor spent his 17th birthday in an onshore detention centre under the close supervision of Serco guards. There were no visits or birthday cake.

This young man, who I will call H, has lived in NSW since he was 11 and considers that to be his home. H has no friends or family in Melbourne so I asked if he would like me to book a visit to come and see him. He said yes.

Regular readers may know that I’m very familiar with the convoluted process of visiting people in Australia’s onshore detention facilities. I submitted my request but didn’t receive a reply for well over a week, so I followed up with Melbourne Immigration Transit Accommodation to ask when I could expect a response. I then received an email saying my visit had been refused because “the detainee’s guardian has not provided consent for the visit”.

I was aware H hadn’t seen anyone from his family since December when he was in a NSW juvenile detention facility and was expecting a grandparent to travel to Melbourne in June to visit. That is six months without any visits at all. Worse still, H had no legal representation, meaning his isolation was virtually complete.

It turns out that Australian Border Force were worried about letting me — a New Zealand citizen — visit a young New Zealander. H says he was questioned extensively by Border Force staff about how he knew me and what he was going to say to me.

When we eventually spoke, this is what he said:

“I miss my family. Everybody should know how bad it is in this place, I was in juvenile detention and I wish I still was. I wondered if I should commit a crime so they might put me back in there. It’s a million times better than this place.”

“There is no access to education, the food is terrible and they won’t let visitors bring in food for us,” he said. “I can’t sleep. They are trying to give me medication but I won’t take it. I looked it up — it’s an anti psychotic. I’m anxious and I miss my family but I am not psychotic.”

“I went to the psychologist in here and he has written multiple reports on how I shouldn’t be kept this far from my family but no one cares.”

Lawyer Greg Barnes has since helped H get legal advice. “The detaining of a child in immigration detention by Mr Dutton and his department is cruelty, nothing less,” he says. “Removing a child from Australia because Mr Dutton and his department think he or she is a risk to Australia is also cruel. Rightly, New Zealand is shocked by Australia’s cavalier disregard for human rights.”

As Barnes describes it, “H’s background is not exceptional”. H told me what he was in juvenile detention for, and let me assure you, this child is not a threat to Australia’s security.

H said that when he was removed from juvenile detention he was put in a motel unit. He had thought he was going to be released because he “had done his time”. Instead he was kept in a room with no fresh air or ability to exercise or study and absolutely no privacy except for trips to the toilet. As I understand it, this continued for at least two weeks.

He was not allowed to contact his family and says his family where not informed of his whereabouts. H was then flown to Melbourne. He was upset and distressed when staff cuffed him and pulled him through the airport. “I didn’t know where I was – I’d never been to Melbourne before. I asked them not to cuff me but they insisted”.

I asked H what Australians should know about immigration detention centres. “Tell them how terrible it is. It’s worse than prison. What are they doing putting kids and refugees in places like this?”

Questions have been put to Australian Border Force regarding H’s case and treatment. ABF confirmed they will respond to Crikey‘s questions but have not said when. More to come. 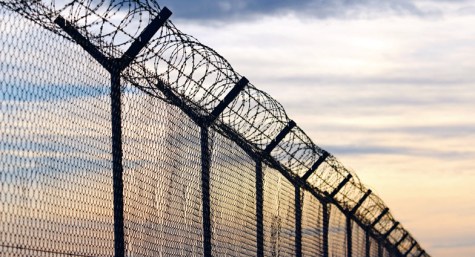 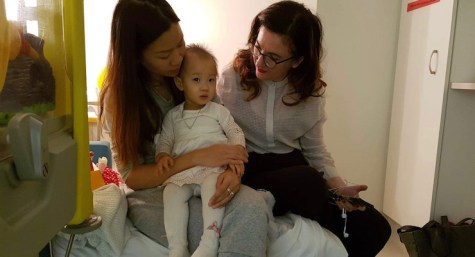 what a very distressing story and it looks either like copy-cat behaviour or Australia vying to be a guiding light for cruel knee jerk reaction to our whipped up fears for our own security. Why the secrecy and why was this young man not given access to legal council or why was his family not informed. This is nonsense behaviour and I hope it is not a precedent.

Copy-cat behaviour? We’re the refugee death camps country. This is what Australia does. Do you think Trump invented being cruel to refugees? They’re only catching up to where we are and have been for *years*.

Remember when Turnbull and Trump had their first phone discussion? When Turnbull told him what we do to undocumented migrants Trump said admiringly, “You’re worse than me!” Now Trump is playing catch up.

This treatment of children is disgraceful. I have been objecting to detention of children since the Villawood days, at least the Howard government released woman and children into the community after public pressure. The research on child development is well known in the public and government circles. They know that what they are doing is wrong, damaging to children’s mental health and attachment styles and they do it anyway. I write letters to Mr Dutton’s office and I do not even get an aknowledgement. I send thoughtful psychologically researched facts to support my request to release all children from detention. I sign petitions, I still hear nothing. At least with your voice you have a response and an opportunity to put pressure on the government to change their cruel and anti fair go policies for children in detention.
Keep up the pressure.

The police state that Dutton wants is creeping ever closer – and the electorate are allowing it to happen. This is just another example of the man’s complete lack of morals.

Turnbull is well and rely on the slippery slope to evil. This is not just Duttons doing, this is the nation Turnbull is more than happy to enable.