Joe, who really does look like a sweet, deluded midlife guy who genuinely believes that Fonzie is cool, does not think things through.

Once, Instagram was a gallery of the many things we could never hope to buy: Michelin meals; naked Kardashians; an unhurried Tuscan holiday, or any sort of holiday, with the kids. Now, it has evolved to include a gallery of the power we can never hope to share. Leaders offer idealised vision of themselves, of the future they plan to command. The portraits of Narendra Modi communicate unyielding strength. Those of Pope Francis communicate a sort of holy candour. Justin Trudeau’s communicate Hot Disney Prince.

Joe Hockey’s account does communicate The Fonz at times, but I believe this is accidental. Our former treasurer and current Ambassador in Washington DC has no interest in communicating a brand. He has some interest in communicating his admiration for the Australian all-male vocal group Human Nature; by my reckoning, they are his second favourite subject of photography, likely to soon be eclipsed by a puppy he recently acquired. His favourite subject is himself. Hockey provides no explanation for the change from Brad. He tells us in which Pennsylvania county he first met the bundle formerly known as Brad. We learn the pup’s age. But no clue whatsoever about the name. You don’t just strip a puppy of an all-American name, replace it with something non-Anglo and leave it there for me to wonder, Joe.

Of course, I Googled the word, and found that it occurs in te reo, or Maori, and means “Union Jack”. I cannot imagine that this word is usually, or has ever been, uttered with much fondness. If I were afflicted with the Political Correctness, I could conclude that Joe is sharing some nativist code, in the style of Pepe the Frog. But, honestly, the account gives us a glimpse of a man who is simply too lazy for guile.

Joe is certainly too carefree to use one of the many flattering filters Instagram provides to all users. He is too idle to take a second selfie. The images he publishes of himself, usually in front of monuments and generally while wearing a pair of sunglasses likely to have been purchased at a servo on the way to pick up a puppy or congratulate Human Nature on their exquisite vocal technique, are unvarnished.

See Joe unvarnished and thrilled in front of the (fake) Eiffel Tower. Feel the depth of his love for Human Nature. Wonder if he has considered at all that Tieki, just a few months old, will be confined for weeks upon his return to Australia, and conclude: no.

Joe, who really does look like a sweet, deluded midlife guy who genuinely believes that Fonzie is cool, does not think things through.

The photographs are shitty. The captions often seem unfinished. He doesn’t seem to give a hoot about his followers, about branding, or appearing to communicate anything but undiluted joy. He looks like my dad does in photographs from the single trip he has taken to the northern hemisphere: elated.

Dad’s happiness is unconcealed in that family album. It moves me to see an adult too happy to be self-conscious in front of a lens. It moved me for a moment to see it in Joe, and then I remember that he’s the guy who claimed that unaffordable housing was not a social fact, but an individual moral failing. And, of course, that the age of “entitlement” was over.

Might be, Joe, if you don’t take a tip or two from Modi. Or, really, any adult who knows what Instagram is for: a boast- and falsehood-sharing platform upon which we post no picture we would not wish to be used by the Herald Sun. 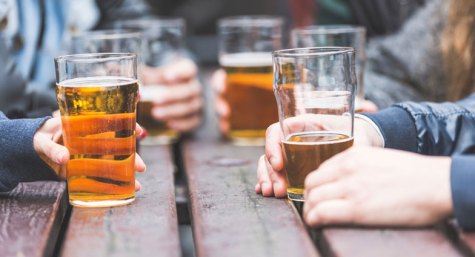 Users snap over Instagram, but should have seen it coming

Hockey is a rich, tubbish prat whose wife is a lot smarter than he is. Hence the attention-seeking behaviour.

MzRaz is being too generous – it’s not just that Leventy is too idle or dumb but that he really thinks that he isn’t.
Given his well known EQ – “get a good job (sotto voce or get a rich wife)” – what are the odds that he try calling up someone in authority to get that adorable pupster through quarantine, as when he called the local mayor coz he couldn’t block the footpath at a pizzeria?
Or just dump it.

I really hope he’s forced to make a decision straight after the next election.
And I’d bet that he dumps it then claims it on insurance.

Tiki… Reminds me Thor Heyerdahl and his boat Kon Tiki –
Tiki is the dog, Hockey the Kon.
I’m more than a bit miffed about paying for this hog’s trough that has recently been reported.
$70,000 I believe the sum was, that the tax payer has been gypped with to pay for six months booze and baby sitters. Entitlement????

It’s in the nature of the LNP to place people in detention centres, why would they treat dogs any better?