Welcome to Side View — a curated guide to new and overlooked content on politics, policy, and public affairs. This week: more exciting things to blame millennials for, China gets in on the fake news boom, and the United States of Dystopia.

As the festival of the round ball code unfolds, just how corrupt is FIFA? Oh, you have no idea. But David Conn can help you. Meanwhile the other corrupt World Cup host, Qatar, is dramatically strengthening its economic links with China. Anas Iqtait, from ANU’s Centre for Arab and Islamic Studies, explores the Gulf kleptocracy’s pivot to the east and the importance of gas.

America has a serious problem with rising suicide rates, especially given rates are falling in other western countries. Does economic fragility have anything to do with it? Some people go to extreme lengths to survive in the gig economy, and US millennials are waiting longer to have fewer children, which is upsetting baby boomers who expect them to buy their enormous four-bedroom houses and fund their Florida retirements.

Worse still, innovation awaits beyond the grave. The American way of death is changing fundamentally, with significant implications for the traditional cemetery, a new book explains.

STAT OF THE WEEK: DO IT YER BLOODY SELF

Input-output tables are crucial to economic modeling, and in particular the generation of “multipliers” that allow economists, industry groups, lobbyists and assorted shonks and spivs to claim that “an investment of $x million in Industry ABCD generates economic benefits worth $y million and z,000 jobs.”

So abused are multipliers in public debate that the Australian Bureau of Statistics decided some years back that it would no longer derive multipliers from the input-output tables, figuring those who wanted to abuse them should do the work themselves. As a result, every time the ABS now releases input-output data, as it did recently, it offers this rather blunt warning.

THE EAST IS READ

China is pumping huge resources into trying to influence overseas perceptions, including by establishing its own media outlets and hiring journalists. Get ready to enjoy such quality journalism as “A side to Xi Jinping you probably haven’t seen before” (and no it’s not the one dripping with blood).

Of course, faking it is a long western media tradition, not a recent innovation — here’s how one of the iconic images of icebergs was faked. And Australian publishers have problems too.

Much of the powerless rage so many of us felt about the murder of Eurydice Dixon — and at that of Qi Yu, or any of the many women who will be murdered by men this year — was channelled into anger at Victoria Police for issuing the standard “keep safe” advice to women after Dixon’s killing. At Overland Sophie Trevitt dissects the “keep safe” lie with forensic skill. And if you think advice to “keep safe” isn’t victim-blaming but just good sense, Sam Langford explains why for you. How do we incorporate women’s safety into urban design? Monash University’s Nicole Kalms has some suggestions.

For those who grew up on Warner Bros cartoons: a multi-episode history of cartooning. 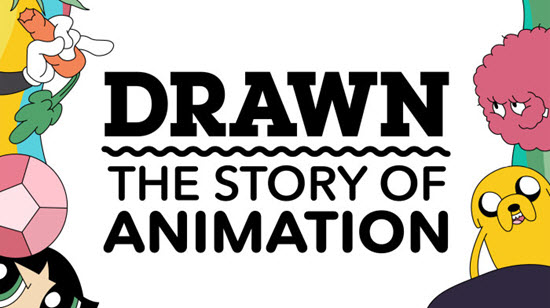 FROM THE PHYSICS LAB

Check-the-spelling department: the Large Hadron Collider is getting upgraded to smash more particles faster. With any luck the more collidier Collider will help us in the search for dark matter, which is proving damnably difficult to find at either the infinitesimally small or cosmic scales.

Meantime, looking for an update and quick history on where the debate over the acceleration of the expansion of the universe and dark energy is at? This is excellent (and check out the theory that time moves much faster in cosmic voids than it does in crowded areas of space like ours).

Not for the busy, but wavegrower.tumblr.com is a great place to get lost.

Side View: Being Steve Smith