Media Files: The Australian guilty of contempt of Victorian court

The Australian has pleaded guilty to charges of contempt of court after it published a series of articles detailing CFMEU boss John Setka's now dropped blackmail charges.

The Australian takes a plea deal, The Onion takes a swing at Facebook, Fox thinks about selling up, and other media tidbits of the day.

Oz guilty of contempt. The Australian has pleaded guilty to contempt in Victoria over a series of stories about CFMEU boss John Setka before he faced court last month, The Age reports. In the stories, published in April and May last year, the Oz referred to Setka’s criminal history, revealing the details of his convictions. Charges against Setka were dropped by prosecutors last month.

Good feud guide. US satirical news website The Onion is taking on Facebook — it’s published about a dozen pieces since Thursday skewering the social media site and founder Mark Zuckerberg.

Editor-in-chief Chad Nackers told Poynter that changes by Facebook now meant The Onion would need to pay for advertising for its fans to see its posts — after they’d built an audience of 6.5 million on Facebook. He said it was a “betrayal”, especially after Facebook’s role in the 2016 US elections.

Headline of the day. The Courier-Mail revealed an inquiry into workplace harassment in Australia on its front page this morning. Movement on Fox takeover. TV production giant Endemol Shine, 50%-owned by 21st Century Fox, has reportedly hired advisers to run a sale process that could either be see it floated on the stock exchange or sold to a trade buyer. CNBC says the possible sale price could reach US$4 billion including debt. Fox’s co-owner, US investor group Apollo Global Management, has agreed to sell its stake as well if a buyer is found. Fox already declined a chance to buy the whole company and has agreed to sell its stake to Disney as part of their multibillion-dollar media asset deal, now being challenged by Comcast.

Cash from a sale would go to Disney or Comcast, whichever ends up with the Fox assets. The Fox board tonight will consider Comcast’s $US65 billion offer for the assets Fox has agreed to sell to Disney. Disney is tipped to add cash to its all-share offer to try and win-over hedge funds and others who don’t want Disney shares (which will give the Murdoch family trust a huge tax benefit). — Glenn Dyer.

Glenn Dyer’s TV Ratings. Seven’s night in total people, main channels and the demos that matter. Seven’s House Rules was third nationally with a solid 1.31 million, easily ahead of Masterchef Australia with 1.12 million. Nine’s Buying Blind averaged 702,000 — meaning most viewers preferred something more interesting from 7.30pm to 9pm. The ABC’s Back In Time For Dinner averaged 842,000 nationally for an hour from 8.30pm.

The World Cup game between Japan and Colombia last night on SBS was watched by a solid 553,000 nationally. See, Optus, that is how it is done. Read the rest at the Crikey website. 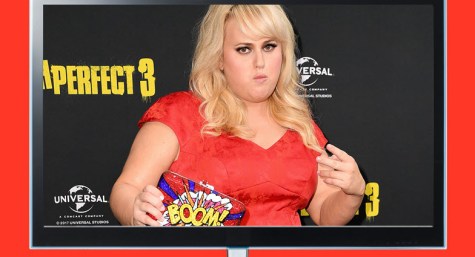