The ABC has retained radio broadcasting rights for the cricket, defying speculation that the rights were set to shift elsewhere.

Cricket for ABC listeners, no soccer for Optus customers, Guthrie set to square up against critics, and other media tidbits of the day.

ABC keeps cricket commentary. The ABC will continue to broadcast the cricket on radio until 2024, after negotiating a six-year deal with Cricket Australia. There was some speculation last week that the broadcaster, which has been broadcasting cricket commentary on the radio for 84 years, would lose the rights. Earlier this year, Seven and Foxtel won the television broadcast rights to the cricket from Nine, which had held the rights since Kerry Packer bid for them in the 1970s.

Optus’ soccer struggle. Optus, which holds the full Australian broadcasts rights for the World Cup soccer, has been struggling to keep the stream going for matches in the competition so far. After chief executive Allen Lew apologised for the first night’s problems, viewers trying to watch the live stream were again facing a “playback error”. SBS has the broadcast rights to show some games, but Optus won the rights to every game of the competition, which it promised to stream live for customers who paid for their app.

Guthrie’s ‘eight-punch’ speech. ABC managing director Michelle Guthrie is speaking to the Melbourne Press Club tomorrow, which an “observer” told The Australian would be an “eight-punch combo” in defence of the ABC. Guthrie and the ABC’s management have been widely criticised for their lukewarm responses to repeated political attacks, including by ABC Melbourne radio presenter Jon Faine last week.

Glenn Dyer’s TV Ratings. Saturday saw 2.13 million people watch Australia lose 2-1 to France on SBS in our first game in the 2018 World Cup. Sunday saw the grand final of The Voice. The winner’s announcement averaged 1.38 million, which was lower than the actual grand final performance lead-in which averaged 1.42 million. It couldn’t even top the night in the metros where its appeal is highest. It was beaten by the 6pm-7pm news broadcasts of Seven and its own network. Seven swept the demos with House Rules grabbing 1.42 million nationally. Nine topped total people and the main channels. Ten’s MasterChef struggled with 1.05 million. Read the rest at the Crikey website. 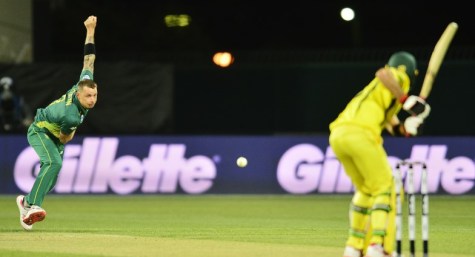