How one bonk ban cock-blocked an entire city

Canberra’s late-night watering hole, Public Bar in Manuka, was once a bustling hotspot for piss-ups and hook-ups. But since the bonk ban, the notorious nightspot has become a ghost of its former self.

The first time I went to Public Bar I nearly had a panic attack — the sight of politicians, journalists, staffers and lobbyists rubbing shoulders on a school night, charging glasses and grinding to dirty pop on the dance floor blew my uninitiated mind. As I burst into the bathroom to catch my breath and nerves, a g-string abandoned on the floor of the cubicle only made things worse.

Just over six months ago, Public pulsed as the hordes from the hill celebrated the passing of same-sex marriage. Folks fawned over Ian Thorpe and vied for selfies while others congratulated “rebel” Liberal MP Tim Wilson on being the first parliamentarian to get a proposal to their partner — and the response — recorded in Hansard.

Fast forward to February, and Malcolm Turnbull’s bonk ban, in the wake of the Joyce-Campion affair, seems to have put the exuberance of the late-night haunt on ice.

Joyce’s affair isn’t the first and won’t be the last in the Canberra bubble. In a sitting week, there are more than 3000 people working at Capital Hill and, like any big workplace, relationships are formed under pressure. But it doesn’t seem like we’ll be seeing as many illicit PDAs around town anytime soon.

There’s speculation among insiders that, following the introduction of the relationship rule/bonk ban, MPs and staffers were warned to avoid Public Bar.

The most lively it’s been since the sex ban was budget night. But a fellow journo told me even that night was a more low-spirited event than usual: “In past years there’s been people spilling out onto the sidewalk. There were also less heavy hitters out and about.”

Wednesday night used to be the night at Public, with journos and staffers commonly crossing party and reporting lines to share a drink or a pash. But on a recent excursion there were no more than 50 people, including the smokers’ caucus outside.

It was about 10.30pm when the bored bar staff said they might close before midnight because it was “another quiet one”. I warned that budget estimates was on and they might soon suffer a sudden influx of thirsty punters. However, they quickened their packing up and cut off cocktails not long after.

Sure enough, at about 11.15pm, last drinks were called just as a pack of press and staffers poured in from the cold. There was only enough time for a round of birthday shots before the group had to plot their next move. With the realisation that Polit, the cocktail bar next door, was already shut, cries of “Eastlake!” erupted from the group. I’d been warned in the past to avoid this place — a football club open until 4am — and remembered that “it’s time to call it a night when Eastlake is your only option”.

I took that sage advice and an Uber, leaving the lot to their vices.

It’s not exactly the Canberra version of Sydney’s lockout laws, but Turnbull’s bonk ban has likely done more to put a dampener on parliament’s after-dark activities than it has to quench illicit fires.

(The Prime Minister’s media office, opposition media and the Greens were contacted for comment but did not respond by time of publication.) 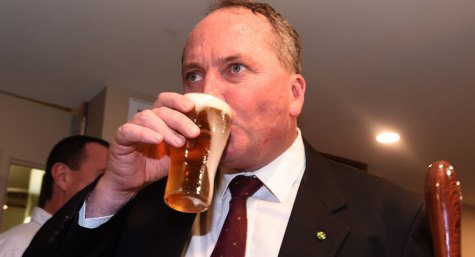 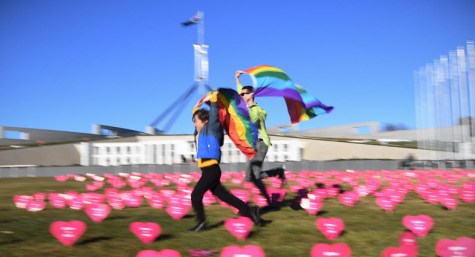 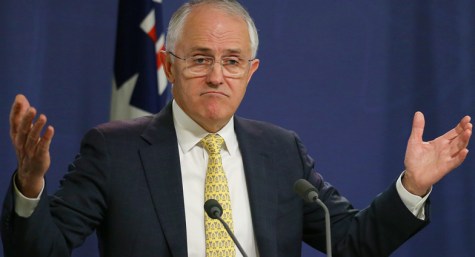 Funny enough, i guess, except the whole city of Canberra has more than one bar.

“Power corrupts” – eye-sight as well?
And we’re paying for this.

“The Prime Minister’s media office, opposition media and the Greens were contacted for comment but did not respond by time of publication“Hubris much?
Pfft would have been the kindest one could say of this verbiage.