Our former deputy PM is truly Australia's most enigmatic and reserved politician. Here are all the groundbreaking times he's spoken out.

Since Barnaby Joyce’s partner Vikki Campion was first splashed across the front page of The Daily Telegraph in February, the couple have repeatedly begged for privacy. But, as has been noted, Joyce can’t help himself; he has been conducting interviews, lobbying MPs and making calls for privacy laws, including while on leave.

And nearly every time he does, the news media collectively cries that he’s broken his silence.

In an interview on the ABC’s 7.30 after the Tele’s first story, Joyce repeatedly said he wanted to make sure “private matters remain private”. He wouldn’t confirm any details of the affair. The interview made headlines across the news media — the first time in this affair he broke his silence. 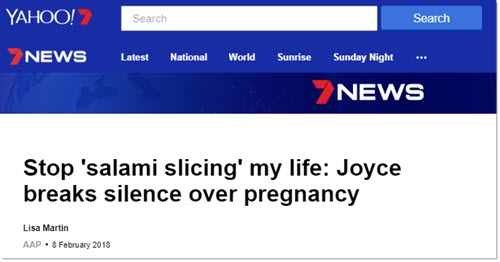 A week later, Joyce again broke his silence, with a public statement which was reported and rewritten across the board, including Daily Mail Australia.

Then, as the story failed to die, Joyce did an interview with Fairfax in February — again, breaking his silence, as the West Australian reported. (As did Nine and The Australian).

Two days later, Joyce announced he was stepping down as leader of the National Party, and four days after that he gave another doorstop interview to waiting press at Parliament addressing his personal life.

Then, the silence-breaking really went into overdrive once news of Joyce’s paid interview with Sunday Night came out in late May. As he defended the interview, news.com.au, Nine, AAP and The Australian reported that Joyce was breaking his silence over accepting money.

After the interview, the couple had again broken their silence in reports about the program, including from Daily Mail Australia.

Joyce then took some leave, but that didn’t stop him again breaking his silence to lobby MPs on a NSW abortion safe access law that was before the parliament. 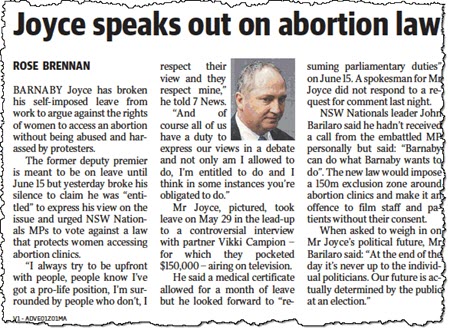 We look forward to Joyce breaking his silence in the future with his upcoming book, his social media and interviews with favoured outlets.

“We look forward to Joyce breaking his silence in the future with his upcoming book, his social media and interviews with favoured outlets”.
For the rest of us, we just want to see a back view of him on a horse, with his extra large Akubra, riding off into the sunset accompanied by the strains of “Sounds of Silence”.

In other words Hansard Forger Barnaby Joyce is a shitbagful of putrid flatulence breaking wind and shitting on the nation while he and Murdoch hack Campion work out their next media release.

In which the right-wing Australian political media’s level of crappy groupthink is proven yet again.