The Court of Appeal has overturned Rebel Wilson's record defamation payout, slashing it by $3.9 million. Bauer Media will now only be liable to pay $600,000 to the actor.

Appeal overturns Rebel Wilson’s record payout, Sunday Night is going to try to cover Margaret River, the Murdochs are looking at a pretty payout, and other media tidbits of the day.

Rebel Wilson damages slashed. Actress Rebel Wilson has had her record defamation damages payout slashed in an appeal. Wilson was awarded $4.5 million including special damages by the Victorian Supreme Court in a case against Bauer Media over articles published by Woman’s Day. Bauer appealed the damages bill and this morning it was cut down to general damages only, of $600,000. The Court of Appeal founds she had not sufficiently proved that she’d lost Hollywood roles because of the articles. Wilson has said she was going to donate the money to charity, which she reiterated on Twitter last night.

Sunday Night gets Margaret River interview. Fresh off a bizarre Jacqui Lambie dating profile and the no-questions-asked Barnaby Joyce interview, Seven’s Sunday Night this weekend will feature an interview with Andrew Cockman, the man whose children, former partner and mother-in-law were killed in a massacre near Margaret River last month. In an ad for the program, Cockman says the murders could have been prevented, and reporter Denham Hitchcock stands in front of the house, saying it holds a “dark secret”.

Comcast’s Fox bid confirmed. US cable, TV and film giant Comcast has lobbed its expected all cash bid for Fox at 21st Century Fox — a massive US$65 billion, on top of the $31 billion Comcast wants to throw at Fox’s 39% UK pay TV business, Sky plc. In doing so, Comcast’s offers now see the weights go on the Murdoch family to separate self-interest from a wider responsibilities to all shareholders in Fox — a big ask for a family group that has built its immense wealth on maximising self-interest.

There is already a deal with Disney on the table, but for that deal to go ahead, the House of Mouse will need to sweeten its bid by offering more shares (thereby giving the Murdoch family even more Disney shares for their 18% stake in Fox). The Comcast offer is nearly 20% more than the $52.4 billion Disney share offer (these prices do not include more than $14 billion in debt, meaning the Comcast offer will be worth close to $84 billion). — Glenn Dyer 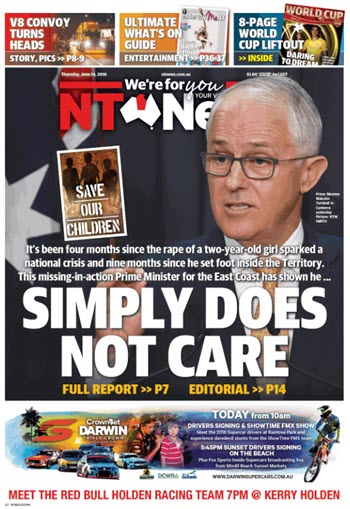 Glenn Dyer’s TV Ratings. Average night, tight finish — House Rules (1.19 million) and MasterChef (1.12 million) were the most watched non-news programs nationally. But MasterChef was well ahead of House Rules in the metros, 860,000 to 732,000. Everyone (well Nine, Ten and Seven) claimed something from last night.