The art of the political interview: tips for news players

Young journo? Newbie politician? Crikey talked to the experts for tips on how the get the best out of an interview (or at least, avoid the worst).

Over the past couple of weeks we’ve looked at the good, the bad, and the Abbott of Australian political interviews, and spoken to some of the best journalists and most prominent politicians in the country. So what have we learned? Consider this our conclusion; a primer on the dos and do not dos for rookie journos and politicians looking to get the most out of an interview.

Engage with the question

“There’s a fine line between holding the line, and not getting distracted or gotcha’d, but also not looking like you’ll do anything but answer the question; that just makes you look shifty and contributes to the generally low opinion people have of politicians.”

“The kind of preparation you do really does depend on who the interview is with; [whether it’s] tabloids which, (laughs) well, you’ve always got to be careful, or whether it’s serious journalism.”

“[The toughest interview subject I faced was] Lee Kuan Yew, first prime minister of Singapore, because you knew you were in the presence of this giant intellect who knew 10 times as much as you. Interviewing him was like walking through a minefield, one wrong step and you’d be blown sky high.”

Be a little unpredictable

“Bob Hawke was also tough, because you never quite knew what kind of mood he was in. Particularly in the days when he was drinking, he was a hand grenade, and if you handled him wrong he would cut you to shreds.”

“[Treasurer] Scott Morrison in particular can be hard to interview because he has this rapid fire delivery, constant and confident, and he makes it hard to break in.”

If need be, draw up the bridge

“I spoke to Julia Gillard when she was prime minister; it was one of those end-of-year events when they give a half-hour to every outlet to talk about her political year. It was very staid, and stagey and I found it very difficult to get anything real out of her. She really had a mask up, not that I blame her given how much shit she got from the media.”

“Research is what you’ve gotta do — the more you know about a subject, the better you’re gonna be. And if you do your research properly, you should know probably 90% of the answers you’re going to get, which means you’re prepared for the follow-up questions or to land the killer blow if need be.”

“Our feedback suggests viewers hate it when the interviewer gives up too soon. They want the interviewer to persist, not necessarily because they expect that persistence will lead to an answer, but at least it will underline the evasiveness. Personally I think the interviewer should persist until it’s clear that the politician will not directly answer the question no matter how often it’s asked. Then move on.”

“You can be talking to someone for 20 minutes, and then you check your notes and realise they haven’t told you a fucking thing. So, when, say Michaelia Cash is in town enthusiastically spruiking the space program, you just throw her a question about jobs figures in the hope you can catch her off-guard. Or when there’s something big happening, like a leadership challenge, just ask a source ‘How do you feel, man?'”

Speak to a lot of people

“Working in print, so much of interviewing is talking to politicians off the record, and then negotiating what can be put back on the record. It’s a tricky dynamic between politicians and reporters. In some ways they’re an adversary, but they’re also your primary source. In a way, if you want a good piece on a politician, it’s better not to talk to them. Other people will give you much better stuff.”

Have a team that backs you up

“You need management figures who know the role of the media in a democracy. A few years ago, when Paul Keating was PM he called Ten to complain to the news director about the fact there was a camera crew on the footpath outside his house. ‘When is that fucking camera crew going away?’ Keating apparently asked. The response: ‘That fucking crew’s going nowhere, Paul.  You don’t own the footpath’.” 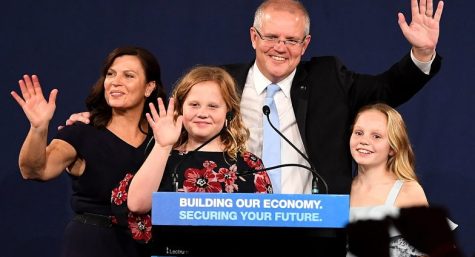 Personal lives: have male MPs been getting away with too much under the shield of privacy?

Drag0nista: political private lives CAN be a public issue

The Art of the Interview

Broadcast politics part 2: after the interview

The Art of the Interview

Politicians have always been masters of bending the truth, but this LNP outfit has mastered dressing up pure bullshit as truth…..learnt a lot of their skills from Murdoch and his lackeys (including the IPA).

The interviewer should be better at asking the follow up question when the politician is just giving the talking points so they are encouraged to expand on the topic – so they either expose the fact they have nothing beyond the talking points or say something silly.

The questions you rarely hear from a journalist – How do you explain /justify that? What’s your reasoning to say that? or Why do you say that?
Usually, the politician just trots out and boringly repeats their prepared speaking points, and the interviewer meekly accepts it and moves on to their next prepared question. That’s a disservice to the audience, and socially damaging.

Politicians obviously fail to address the question, but are trained to pick out one phrase or word of the question to repeat their lines, giving a perception that they attempted to answer the question.
Due to our mainstream media monopolisation, journalists have limited career options in Australia. I believe that factor affects the courage of all journalists. The are early examples that the growth of professional on-line journalism may encourage incisiveness and courage eg. Buzzfeed breaking the AFP raid with advance media notification.

And of course, analysis by BK and Crikey journo’s!