Is Malaysia spying on its students in Australia?

Malaysian student activists in Australia have accused Malaysia's Special Branch of monitoring them — and not for the first time.

Protesters at a Bersih rally against Malaysian electoral corruption.

Malaysian students in Queensland believe that operatives of Malaysia’s police intelligence agency — Special Branch — filmed, photographed and took notes on them while they were passing on their ballot papers for the national election last month.

Although, the election was May 9, ballot papers arrived in Australia only five days prior on May 4 — the Friday before the long weekend. Malaysian citizens in Australia — including many students — were concerned their votes would be redundant if postal ballots could not be delivered to Malaysia on time. Moreover, Barisan Nasional, the party that previously ruled Malaysia for 61 years, is notorious for gerrymandering and other forms of electoral corruption, which added to fears of tampering with overseas ballots.

It was because of this that Queensland students organised for Malaysian voters to meet on Sunday May 6 at a Malaysian restaurant, Dapur Dahlia. They were to give their ballots to a volunteer courier who would ensure that they reached the returning officers in time and without interference.

The student organisers say that around 30 Malaysian citizens responded, coming to the restaurant to hand in their votes. They claim they were overtly monitored by two ethnically Malay individuals, one male and the other female, who appeared to be in their early 40s. One in a pink shawl and the other in a red shirt.

“When we were waiting in line … they tried to record videos [of us] using the dual camera function,” an organiser of the postal ballot collection told Crikey.  “They did not order any food, but just a drink and sat near us for two hours … all while looking at us and taking note of our actions and ballot collection,” said one Malaysian student who did not wish to be named.

Students studying on the JPA (Malaysian Public Service) scholarship in both the US and Australia have received threats from JPA that attending Bersih (rallies against electoral corruption held in Malaysia and international cities) could result in the termination of their scholarships. Following these emails, individuals believed to work for Special Branch have been seen filming students at Bersih.

The surveillance “has been happening since the 1980s,” Chin told The Citizen in a previous report on surveillance of Malaysian students. Special Branch works “either undercover or out in the open”.

Crikey asked the Malaysian High Commission if Special Branch operates in Australia, but not receive a reply.

A member of the Queensland chapter of the Malaysian Students Council of Australia (MASCA) allegedly demanded that the students who organised the ballot collection tell him the identity and flight details of the volunteer courier. Students in the chat group organising the postal ballot collection were suspicious of the MASCA member’s intentions. The Queensland chapter of MASCA originally did not want to help organise the event, but wanted to know the details when they found out the other students organised it themselves.

Shortly after the exchange took place, the national chapter of MASCA initiated its own ballot collection campaign on social media. Students in the chat group organising the postal ballot were concerned that the student from the Queensland chapter of MASCA may have wanted to know the flight details of the volunteer courier to pass the information onto corrupt authorities or political organisations who could intercept the postal ballots. The students feel these concerns are reasonable because of Malaysia’s long history of voter fraud.

“They tried calling me multiple times and yelling on the phone. I refused to deal with their attitude and blocked them off,” said a person in the chat group.

Arthur Yeow, chairman of MASCA claims that any member of the association and Queensland chapter who sought these details would only have done so to confirm that the volunteer courier was legitimate. Allegations that the group may have attempted to sabotage postal ballots were “unfounded”, he said.

“Trying to sabotage votes contradicts our objective as a Council which is to serve the interest and welfare of Malaysian students in Australia,” Yeow said. “I would like to point out and refer that I am not aware of Special Branch operatives onshore specifically on this voting campaign, but we do receive news and allegations that they do operate here.”

Although MASCA is nominally independent, the anonymous Queensland activists claim it is influenced by the Malaysian government and UMNO, (the leading Malay faction within Barisan Nasional). The group’s events are often sponsored by Education Malaysia Australia, a body of the Malaysian Education Ministry responsible for students in Australia. MASCA holds joint events with KUA (the Australian student group for UMNO) and members of MASCA have positions within KUA. For example, Syarifah Zafirah is both in KUA’s committee and Queensland MASCA’s cultural affairs director.

Chin told Crikey: “In every Australian university they [MASCA] are required to elect the members of the clubs and they pass those lists to MASCA’s national body. This is not cloak-and-dagger stuff. The education people in the Malaysian High Commission just say if you want to get funding you need to give us your membership names and your president’s name.”

Malaysian student activists in Australia have accused Special Branch of monitoring them before.

Chong Yoong Wai and Wong Guan Jie claim that two members of Special Branch filmed them at Bersih, a rally against Malaysian electoral corruption, held in Melbourne on November 19, 2016. One man allegedly filmed members of the audience, the second directed him. Moreover, the second man appeared to interact with Westmoreland Palon, the Consul General for Malaysia in Melbourne.

“I spoke to a lot of people there,” he told Crikey. “There were a lot of people with cameras. We are not a big brother organisation. And it’s a public event. Why would they [the students] attend if they don’t want to be seen in public?”

Palon also “doubts” that Special Branch operates in Australia: “Even if they did, they wouldn’t tell me.”

Jade, a Malaysian activist who attended a vigil on November 26, 2016, at the State Library for a Bersih organiser detained in Kuala Lumpur a week earlier, says two men, who she believes work for Special Branch, followed her and other activists onto a train.

Wong and Chong say they are the same men who were at the Bersih rally. Jade felt they were following her group to supper at a Malaysian restaurant. However, Wong and Chong claim they invited them to follow so that they could probe them with expository questions.

According to Wong, it is too soon to say if Barisan Nasional’s electoral defeat spells the end of Special Branch monitoring Malaysian students abroad.

“It’s hard to say. It all depends on how far Mahathir’s reform agenda really stretches and how much the other coalition members are willing to push. Certainly the KUA members will no longer be seen as part of that threat. The SBs [Special Branch operatives] may stop monitoring so openly. As to whether they withdraw completely… that depends on our own efforts and the political balance at home.” 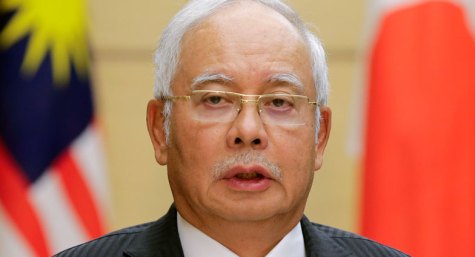 Yet another reason we should be glad that Sukarno’s konfrontasi succeeded – imagine if Malaysia had been controlled, as it would have been, by good ole boy Harry Lee and his ilk, who learned from the best at Oxbridge about controlling the masses – instead of Mahathir .

Value education helps in fostering and cherishing democratic qualities like liberty, equality, fraternity, justice, co-operative living, peaceful co-existence, respect to the dignity of individuals, sharing of responsibility, etc. Students should be honest in learning, and avoice of using services like https://www.amblesideprimary.com. These are essentials for the development of a nation and progress of the society. Good thing that they attempted to sabotage postal ballots.