Welcome to Side View — a curated guide to new and overlooked content on politics, policy, and public affairs. This week: we live inside a dream (or at least a world created by consciousness), and algorithms that reinforce poverty and discrimination.

Algorithms that drive both bespoke applications and universal systems like Google reflect the biases of their inputs. But exactly how is more complicated than it seems. Two new books take different approaches to the issue of algorithms and inequality, with varying success. 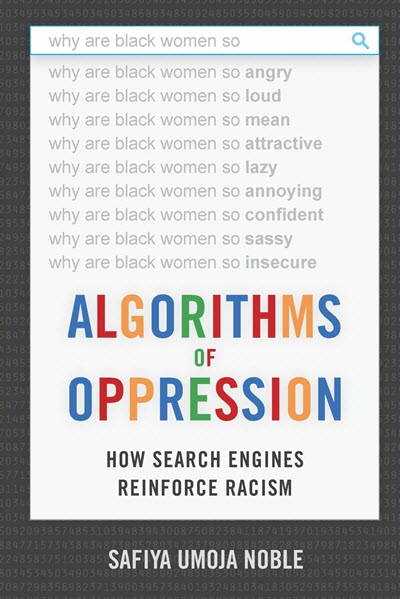 Alternatively, can we calculate our way to maximum utility for our charity spend? That requires some utilitarian inputs — ones we might not be comfortable with. And as anyone who has studied different forms of denialism can tell you, politics plays a surprisingly small role in what scientific facts people reject.

QUANTUM OF NO SOLACE

Everyone knows about Schrödinger’s cat. But what are the implications if it’s literally true that measurement creates the final state of both a particle and anything entangled with it?

Quantum mechanics is where the most eerie, and philosophically challenging, scientific discoveries are being made at the moment. A recent large-scale experiment has given us a solid basis for concluding that the world around us doesn’t exist until it is observed — and thus that the conscious mind (in a collective sense) has primacy in its “creation”. Now scientists are grappling with what a universe that depends on consciousness means.

On a more prosaic scientific level, if a major pandemic breaks out, do you close your borders? Apparently not, role-playing simulations suggest.

How far did the imperialist myth of equality before the law apply during the wars of occupation in Australia? As we mark 180 years since the Myall Creek Massacre, prosecutor Mark Tedeschi QC examines the prosecution of those responsible, a virtually unique effort in occupied Australia to punish the perpetrators of what was by 20th century standards a war crime. 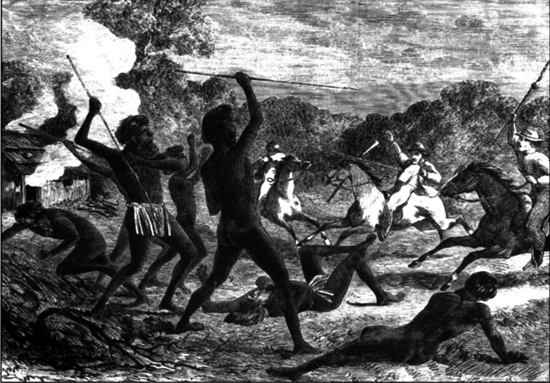 Meanwhile, defying the common interpretation that Samuel Beckett was apolitical, a new book by Emilie Morin analyses his work as a response to genocide and war crimes.

Since it’s hard to interview or survey deities, we have to be innovative in researching how gods behave. Handily, computer games enable us to do just that. How do administrators with god-like powers in virtual worlds use them? What’s happened to gods over the decades since the first online worlds came into existence? Turns out secularisation is a problem in the virtual world as well.

To win the House in November, the Democrats will rely on picking up a number of Congressional seats in California. But will that state’s somewhat eccentric primary system cruel their chances?

And over in France, Marine Le Pen is changing the name of her racist, anti-Semitic, Russiophile party to something a little more warm and cuddly. And does refusing to provide media coverage of extremists help limit their influence and recruitment? These researchers argue it does.

So here’s a good news story that could and should get even better. This is from the Australia and New Zealand Organ Donation Registry. Less than ten years ago there were barely 20 organ donors a month. Now (despite improvements in road safety) there’s around 45. 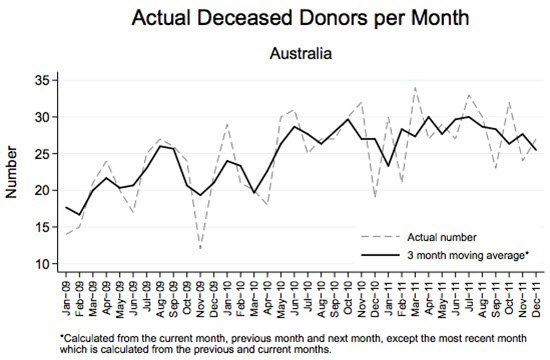 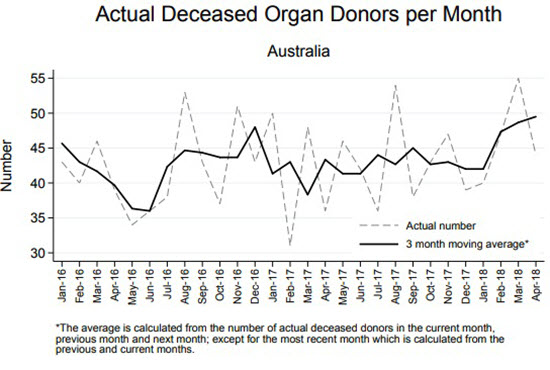 If you’re not a registered donor, go and do it right now.

THEY HAVE ALREADY LANDED!

The storied US Navy encounter with a UFO in 2004 gets some more detail.

ONE FOR THE ROAD…

As a reluctant but relentless middle-aged jogger, I found this piece from Sydney writer Dan Dixon the best summation of why I bother doing my 6kms a day, or more correctly why I can’t face not doing it. Stay safe out there.

Don’t thank YouTube for suspending Sky News. It’s a monster of its own making.

How does Google decide what results it shows you? A new project wants to find out

Type in “why are black women” into Google and those options on the book do not appear.