Tony Abbott's support may not have killed the ANU's plans to host the Ramsay Centre for Western Civilisation, but he and his goon-squad-turned-cheer-squad-on-the-right certainly didn't help.

Last Friday, the email went pinging around the country, to wit that sadly the Australian National University would not now be hosting the Ramsay Centre for Western Civilisation, as the criteria for sponsorship had conditions the university could not agree with. “The media inquiries number is staffed out-of-hours,” Dean Rae “Toto” Frances added.

We bet it is. The Ramsay was knocked on the head after Tony Abbott snatched defeat from the gut of victory with a Quadrant online article a few days earlier, stating that the Ramsay must not only study Western civilisation but be “for” it. With that basic travesty of free thought coming from the centre’s self-proclaimed progenitor, the thing was dead in the water. A concerted campaign against it by the NTEU, and ANU students, helped — and your correspondent will take a little credit for Wednesday’s article which banged the drum on Abbott’s intervention of genius. You takes your wins where you can. Physically, I am a fat and bibulous man. Politically, I have the metabolism of a starved hyena, and this win will keep me going for months.

No Australian university will be able to accept the Ramsay now in good conscience, which means that one or two will try. The Oz was running three articles a day about the thing last week. Today, only Greggington McSheridan was left to defend the right’s intellectual Courland salient.

Sheridan sidesteps Abbott’s blundering admission that the centre has a propaganda role, and the closest he can get to defending this crackpot contradictory centre is this:

Even if a course is sponsored with a title such as ‘The development of political liberalism in medieval Europe’, it could well end up having an effective subtitle like: ‘Critical theory insights into demonising the other in the Christo-authoritarian patriarchy of racist medieval Europe’.

Look, it’s almost too stupid to have to deal with, but let’s go through it once more before Arthur Fadden University is offered the Ramsay’s delights.

No, you can’t teach a university course that “celebrates” “political liberalism” in a way that is compatible with “Socratic” free inquiry that the Ramsay Centre claims it will support — i.e. you keep questioning something until it either reveals a necessary structural truth, or the entity dissolves altogether.

Yes, the right has easy targets with a lot of the cookie-cutter courses around, which impose a simplistic moralism on history. But this desperate desire to shape courses into highly programmed micromodules branded with a specific ideology simply mirrors that process. Its construction of Western civilisation is neurotic throughout: a historically bogus teleology in which modernity is identified with Western civilisation, even when the core of Western civilisation is the ancient and mediaeval worlds, not noticeably democratic or liberal.

But all that is rather superficial. What a Ramsay Centre that is “for” Western civilisation would exclude is the sort of deep and unbounded thought that is the essence of the humanities university. One should be able to say, for example, not merely that liberal democratic modernity is flawed, but that it is nihilistic — a machine for destroying all that is particular, meaningful and rich in life (for a presentation of this argument, see Humanism: The Wreck of the West by John Carroll, Quadrant lifer and one-time Howard appointee). Only the West could produce the “reign of quantity”, to quote René Guénon, the force that has taken us into biosphere catastrophe.

Going deeper, one could argue that the Western civilisation is much worse than the others: the Holocaust is a uniquely annihilatory event in world history, and could only have emerged in a West founded on Greek philosophy with its obsession with the purity of a single Truth. On that basis, arguably, it would have been better had the Persians overrun us at Thermopylae and shut the whole thing down before it began.

Could one make that argument at the Ramsay Centre without repercussions? Could an academic employed there make it? A student on a multi-year scholarship? Of course not. The whole thing is a travesty of principle of the university. If the right wants to waste Paul Ramsay’s money on a chino-and pearls academy, let ’em. But this ANU fiasco should be the end of any dreams of the IPA goon-squad creating a cheer-squad. 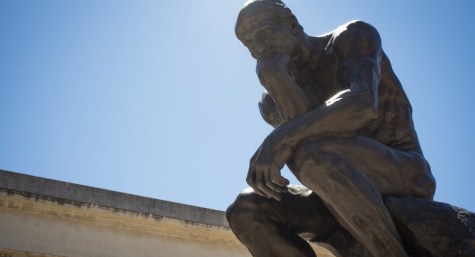 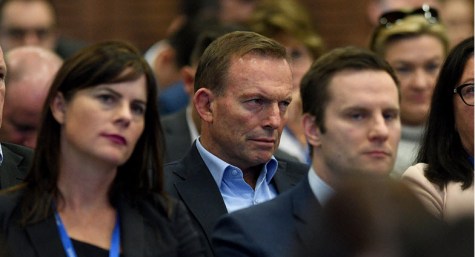 Menzies University. You know they want to. The alternative would be allow the Vicar of Darlington to finish Gollum’s life work and restore the ancien régime at SU, albeit with a facility for albino monks.

I’m a bit surprised that Bond University remains the only private university of note in Australia. You’d think someone would have set up, say, Twiggy Forrest University by now. America has a bunch of rinky-dink bastions of the far right, especially the religious right.

Notre Dame Australia is a private right wing alternative to the Australian Catholic University. I don’t know whether it is ‘of note’, but one may similarly doubt the noteworthiness of Bond University.

Wonder if they would have pulled off this scam if they had not been so keen to gloat about it. Apparently subtlety is not a characteristic of Western civilisation.

Hate to nitpick an article I enjoyed and agree with, but the Persians DID overrun “us” at Thermopylae. It was at the battles of Marathon and (later) Salamis that Persians were defeated and the (brief) Athenian ascendancy born.

hi Linda
fair point, but only after being held off for a considerable time, and not wholly, which made the rallies at Marathon and Salamis possible. In that respect, Thermopylae tends to be the easiest way to refer to the near death of the West in its infancy

“The Ramsay Centre – Where Lewis Carroll Meets the Lotus Eaters”.

I dunno. If the academic appointments were being made by the uni and recruitment run by the existing humanities hierarchy, it’s likely the Centre would be dominated by “lefties” anyway. Given the near absence of academic merit at the IPA and CIS, I doubt any of them would be doing anything beyond a guest lecture or two.

Irsan
yes, but they wouldn’t be. The Ramsay Centre CEO made clear that funding would be conditional on control over the direction and output of the Centre – which would include appointments