Piers Ackerman has been cleared by the Press Council for a column on the "failed concept of multiculturalism".

Piers Akerman cleared to call Yassmin Abdel-Magied a “silly Muslim woman”. A stray mouse cursor got into the printing press. Fairfax and News Corp redefine “exclusive” once again. Plus, other media tidbits of the day.

Piers Akerman column cleared. The Australian Press Council has cleared a Piers Akerman column that called engineer/author Yassmin Abdel-Magied a “silly Muslim woman”. The piece was about the “failed concept of multiculturalism” and focussed on Abdel-Magied. The Press Council was investigating a complaint that it was unbalanced and caused offence while not in the public interest; but found that, as an opinion piece, it was based on explicit and implied opinions so was not unfair. “The columnist’s opinions are likely to offend many,” they said in a statement. “But it is in the public interest in freedom of speech that vigorous public debate be permitted, even when expressed in extreme terms, as is the case here.”

Click here for more. As with most of the media today, The Australian has covered last night’s Barnaby Joyce interview, but what caught our eye (via AAP’s Tom Rabe) in the old-fashioned newspaper version of the story (on the front page, no less) was the cursor arrow just to the left of Vikki Campion’s face. 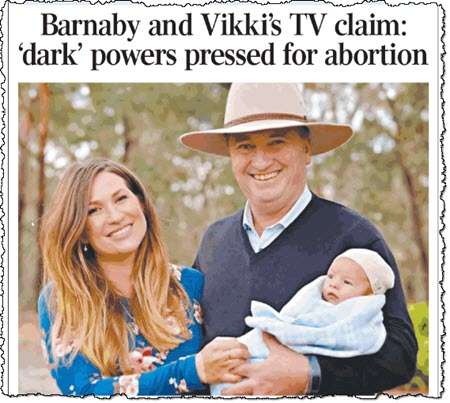 The Oz loves to trumpet its cross-platform credentials, but this is probably not what they should be going for.

The revolving door. Melbourne’s veteran newsreader Jennifer Keyte has jumped ship from Seven to Ten, where she previously worked from 1982 to 1987. Keyte has been presenting Seven’s weekend news in Melbourne since 2003. The job was opened to Keyte after Stephen Quartermain was axed as Ten’s newsreader. He told the Herald Sun he was “shattered” about losing the job.

Exclusive watch. Fairfax’s Jennifer Duke reported in the weekend metro papers that Nine and Sky News Business were working on a deal to provide a free-to-air, 24-hour business news channel. Duke’s story has an “exclusive” tag online, but the print version played it straight. 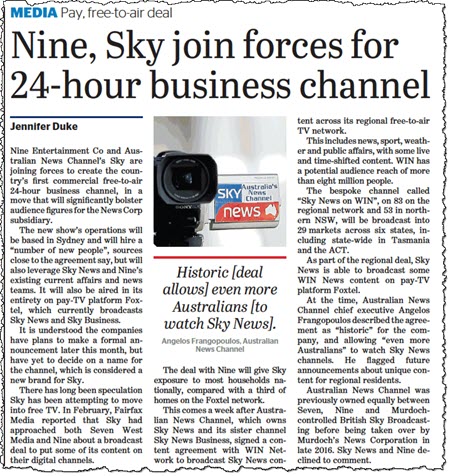 Enter The Australian’s media section today, with the same story, just two days later and with that red “exclusive” up top. 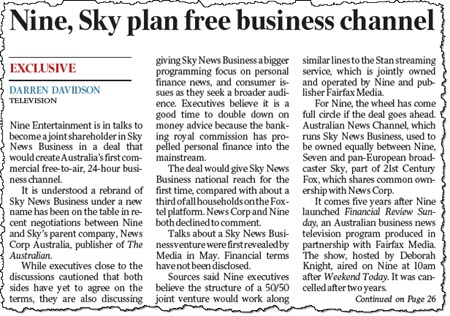