Good morning, early birds. Australia's major parties are facing scuffles and restructures. Plus, a UAE human rights activist sentenced to 10 years for online criticism. It's the news you need to know, with Chris Woods.

Some of Australia’s major political parties are set for major restructuring, as the country heads to Super Saturday byelections and deals with seemingly never-ending political scandals.

First up, the ABC reports that WA Labor selected senior Woodside staffer Tania Lawrence for the Darling Range byelection after their previous two candidates quit for misrepresenting their educational qualifications. NSW Labor MP Ernest Wong has spoken to The Daily Telegraph ($) about the party’s plans to replace him with a union organiser and claimed it will hurt the party’s chances with Chinese-Australian voters. Oher party sources have spoken about mounting tensions of race relations, following Opposition Leader Luke Foley’s “white flight” remarks last week.

And finally, One Nation continues to eat itself alive, after news that Senator Brian Burston would vote against the party over company tax cuts. Party founder Pauline Hanson blasted him in an interview last night and discussed (disputed) reports that he approached/was rejected by the Shooters, Fishers and Farmers Party.

A United Arab Emirates human rights activist has been sentenced to ten years in prison and fined 1 million dirhams (or AU$359,000) for criticising the country on Twitter and Facebook.

According to local news reports cited by the ABC, Ahmed Mansoor has been acquitted of cooperating with “terrorist organisations” but, through posts criticising the country’s imprisonment of other activists, was found guilty of insulting the “status and prestige of the UAE”.

Mansoor is sentenced to a further three years of surveillance following his imprisonment and, while he has the right of appeal, the sentence has been criticised by Human Rights Watch as indicative of the UAE’s “brutality and repression” and inability “to tolerate the mildest of criticisms from a genuine reformer”.

In other global blows to human rights, Denmark has joined France and other European countries by outlawing face veils in public, in effect banning burqas and niqabs worn by some Muslim women.

According to the Climate Change Authority, a windfarm commissioner role set up by former prime minister Tony Abbott as part of a deal with anti-wind senators has actually helped facilitate an uptake of wind energy. They recommend it be expanded to include solar and other large-scale renewables.

According to The Guardian, a new CCA report lauds the work Australian Windfarm Commissioner Andrew Dyer has done to facilitate an uptake of wind energy by helping address community concerns. However, as the Sydney Morning Herald makes clear, Dyer’s $205,000-a-year role amounted to resolving one complaint a week, most of which related to wind farms that have not yet been built.

I’m sorry to the Australian people that this has happened again. But it’s the same with Rod Culleton, it was the same with Fraser Anning: they haven’t got the intestinal fortitude, it’s all about themselves. Self-serving.

Senator Hanson hits out at Pauline Hanson’s One Nation Party Senator Brian Burston for going against the party’s leader for life, Pauline Hanson.

“The Australian Securities and Investments Commission has justified its unwillingness to try to prosecute corporate criminals by insisting it must focus on the ‘efficiency and strength’ of the financial system as well as its ‘fairness and integrity’.”

“Perhaps there is some person with talents to rival those of Annabel Crabb. Perhaps there is one who could radiate that Crabb-type credible warmth on TV. In the unlikely case such a genial authority exists, they shall not serve Our ABC — that Australian organisation now so estranged from Australian reality, it pretends its new pretend dress-up show Back in Time for Dinner is ‘factual’ programming. No. They shall command all of us on Earth, should this planet survive liberalism to a liberal dystopian future.”

“We can, it seems, be sure of three things in this life: death, taxes and that any story concerning China’s influence in our region will dominate the news cycle. So it was when The Age reported on Monday that former foreign minister Bob Carr had been urging Labor Senator Kristina Keneally to grill the Prime Minister about the role and employment contract awarded to consultant and former adviser John Garnaut. It’s already kicked off calls that Carr be expelled from the Labor Party for his ‘disloyalty’.”

Abolition of the Family Court ‘an act of vandalism’ that could endanger women, children

John Howard urges an end to freeze with China ($)

The KKK dropped by to tell me Eddie Mabo was evil ($) — Elliot Hannay (The Australian): “Almost 40 years ago, while editing the Townsville Bulletin, I ran an editorial about the plight of homeless Aboriginals living in local parks. I still have a copy, bearing the headline ‘Violation of human dignity’. Reading it now, it’s hard to believe such balanced and moderate language caused a panic that brought the Australian chapter of the Ku Klux Klan out of hiding and into my office.”

ATO’s Chris Jordan seeks to shoot the messenger — Adele Ferguson (Sydney Morning Herald): “ATO Commissioner Chris Jordan came out swinging in Parliament this week. In his first comments, in fact his first public appearance, since a joint Fairfax Media and Four Corners investigation in April revealed an unfair and bullying approach to small business by his office, Jordan clearly wanted to take down the messenger. In a florid opening address and follow-up questions, he repeatedly accused those involved with the investigation, including myself, of sensationalism and dredging up old news illustrated with dated and unrepresentative case studies.” 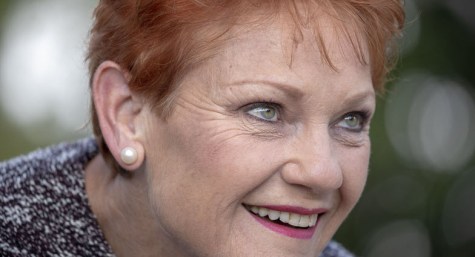