Good morning, early birds. A landmark report from the Productivity Commission will have you checking on your super. Plus: is AGL Energy as green as it claims? It's the news you need to know, with Chris Woods.

A TRIP TO THE SUPER MARKET

A landmark Productivity Commission report has found that not-for-profit industry super funds both generally outperform retail for-profit funds, and account for up to 10 of Australia’s 26 underperforming default funds. One $10 billion industry superannuation fund was found to significantly underperform for up to 250,000 members.

The Sydney Morning Herald reports that the commission’s scathing review opens up the $534 union-backed industry to further attacks from the Coalition, which is seeking unprecedented levels of transparency within the $2.6 trillion sector. The commission has recommended legislation that would require trustees disclose individual director performances, maintain a skills matrix, and run third-party evaluations across boards.

However, The Australian ($) also reports that the commission has stopped short of the wealth management industry’s wishes to entirely rip up the default super market, instead commending well-performing not-for-profit funds and recommending a new body to help encourage savers to invest in better performing funds. The draft report also pushes for an end to the proliferation of multiple accounts, would rip $1 billion a year in contributions from underperforming funds, and recommends removing workplace bargaining agreements from the retirement system.

ALL GREEN (AFTER LIDDELL)

AGL Energy has become the number one carbon polluter in Australia at a time in which its green policies have seen the company caught up in a national energy debate.

The Daily Telegraph ($) reports that the energy company — which recently rejected months of pressure from the Coalition to sell or extend the life of its Liddell coal-fired power plant and has spent $23 million a year on pro-renewables rebranding — has seen its greenhouse emissions blow out by more than 5 million tonnes since CEO Andy Vesey took over in 2015.

A company spokesperson says the 13% emissions jump from the 2014-15 financial year to 2016-17 is down to the “sudden closure” of other coal plants that have required AGL’s stations to run at higher capacities. The closure of Liddell in 2022, they say, will help AGL reduce total emissions as it moves to low emissions technologies.

In other energy news, the Australian Competition and Consumer Commission chairman Rod Sims says rising power costs have “got pretty well nothing to do” with renewables, instead pointing the finger at increasing network costs. The latest Newspoll ($) has the Coalition trailing Labor in terms of voter support over electricity supply and prices.

A Malian migrant has gone viral, been hailed a hero, and now been awarded French citizenship after scaling a Paris building to save a child hanging from a balcony.

The Guardian reports that Mamoudou Gassama met with French President Emmanuel Macron on Monday morning, two days after leaping up four balconies (footage in link) in order to save a child. Macron also awarded Gassama a role as a volunteer firefighter as well as French citizenship.

[Jim, she referred to it as an “open air prison”: you agree the children cannot leave the island?]

Of course they can’t leave the island, unless their parents decide to go home.

Speaking on Q&A, the co-author of Operation Sovereign Borders offers an easy out for the refugee children on Nauru: just go home.

“Barnaby Joyce has always been effective at exploiting the media. He had a product that they lapped up: a confected ‘authenticity’; the accountant and Riverview alumnus posed as a salt of the earth, true blue old-style Nat, complete with Bjelke-esque gabble. Journalists loved the maverick pose and then, when he surrendered that in a quest for the leadership of his party, they loved his ‘plain speaking’ and his readiness to offer a quote on anything. Joyce became the front bar monarch reigning with a schooner instead of a sceptre in the local pub. He was good copy, and he knew it. He and the media existed in a perfect symbiotic relationship.”

“Bill Shorten channeled Tony Abbott at the Victorian Labor conference this weekend, claiming that a Labor government would ‘stop the boats’. Shorten was keen to dismiss calls from the Coalition that a Labor government would see a weakened asylum seeker policy, effectively closing the door to alternative policies. But what alternatives have been suggested, and how realistic do they look in our current climate?”

“Over the weekend, the Andrews government announced that, if re-elected in the upcoming Victorian state election, they will introduce new laws that would send employers who ‘deliberately underpay or don’t pay their workers’ to jail for up to 10 years. It follows similar announcements by the state Labor parties in New South Wales and South Australia. But, assuming Andrews is reelected, this would be the first time such laws have actually been implemented.”

Fortescue board approves $1.7b Pilbara mine

Revealed: Why the sale of Ausgrid to Chinese buyers was vetoed — Peter Hartcher (SMH): “A number of countries around the world, from Canada and the US to Malaysia, are starting to take a more sceptical view of foreign investments from China, especially when they’re from state-controlled firms. But an Australian mystery remains – why did the federal government veto the $10 billion sale of Ausgrid to a Chinese-dominated partnership two years ago?”

Because she is black — Dr Chelsea Bond (IndigenousX): “On the 19th May 2018, many (not all) Black women watched on as a Black woman married a Prince. It was the stuff of fairytales, even moreso because Black women have rarely been cast in the role of Princess. So yeah, it was a thing, and regardless of how one feels about the colonisers – a Black Princess, her Black single mother and a Blackity-Black preacher with a Black choir singing Stand By Me was a little bit Black. But just days after the Blackest royal wedding in the Western world, ABC personality Stan Grant tried to answer the question that no one asked. His opinion piece for ABC News opened with ‘what race is Meghan Markle?’.” 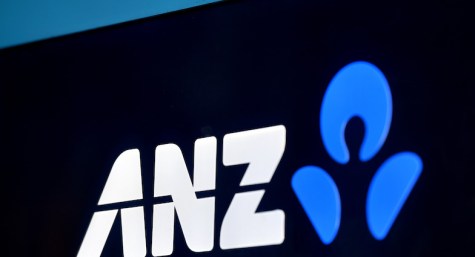