‘We had no idea,’ say live export bureaucrats who knew all about brutality

The Department of Agriculture has tried to explain away its regulatory failures on live sheep exports, insisting it didn't know things were so bad. But they knew perfectly well what was going on.

Assistant secretary of the Department of Agriculture Narelle Clegg

After having weeks to prepare, yesterday the bureaucrats of the Department of Agriculture fronted estimates to present their carefully prepared story of its “regulation” of the live sheep export industry, delivered via a long opening statement and then responses to hours of questions from senators.

Agriculture’s story was this: they had no idea until they saw the Animals Australia footage of Emanuel Exports’ Awassi Express that things might not have been entirely OK with the regulation of live sheep exports. They were as shocked as anyone else — there were lots of people expressing their “shock” yesterday — about the footage and are now moving heaven and earth to overhaul the regulation of the industry to ensure it doesn’t happen again. And they believed everything was hunky dory because they relied on sheep mortality to be their guide on whether animal welfare standards were being met. Now — in one of those touchy-feely mea culpas that we’re used to seeing from corporate executives being hauled over the coals for egregious misconduct — the bureaucrats admit that maybe just counting the number of dead sheep isn’t necessarily a good guide to their welfare and that they’ll do better from here.

Mind you, as they admitted under questioning, they didn’t count them properly anyway, and weren’t even sure how many sheep on the Awassi Express had been euthanised (“I don’t think that matters” said a bureaucrat — presumably not the view of the sheep as it lay dying), versus how many were left to boil to death or die of thirst in their own shit.

Anyone who’s made even a token examination of the history of regulation of live exports knows this line is garbage.

According to the Agriculture Department’s own website, mortality is not the sole determinant of welfare. “Arrangements to ensure exported animals are well treated during road and sea transportation are an important part of the standards. Ships must comply with strict rules about ventilation, drainage and provision of water and food. Each animal must have access to food and water on demand and enough space to lie down, and there must be special pens for sick animals to receive veterinary care.”

Somehow, the bureaucrats interpreted this to mean “if only 2% of sheep die, it’s fine”.

But even when this weird interpretation of animal welfare was breached, they defined their way out of it. When asked why the department had failed to do anything about the Awassi Express earlier when it knew 2000 sheep had died on board, the officer in charge of the relevant area claimed “the basic requirements of the voyage had been met”. This prompted the following Kafkaesque exchange between Labor senator Malarndirri McCarthy and bureaucrat Narelle Clegg:

McCarthy: 2400 animals perished on that voyage — how did the department conclude that no breach of standard 5.7 occurred?

Clegg: Because it was a heat-stress event.

That is, even though they made mortality the guide to welfare, when thousands of sheep died, they decided there was no problem because it was a “heat stress event”. Even though later, they acknowledged that the temperatures in which the sheep died were within the expected range the ship’s owners could have been expected to encounter — not some freak heatwave for which no preparation could have been made.

But they knew well before Awassi Express. Emanuel Exports — the same outfit — managed to kill at least 1700 sheep in 2016 — “at least” because the department found it couldn’t account for another 1300 sheep. “The cause of this reportable mortality was heat stress,” the department concluded in its review. Just 310 sheep were euthanised on that trip; the other 2700-odd died (mostly) by being cooked alive or dying of thirst. The bureaucrats knew that sheep being transported by Emanuel Exports were dying in large numbers of heat stress, that they weren’t being euthanised, that even under their own self-interested interpretation of “animal welfare” animals were being treated abominably, and they kept handing out export licences to Emanuel.

They’ve always known. The bureaucrats saw the constant stream of reports from on-board vets over the years describing the conditions on board, the deaths, the fact that sheep were left to die and then rot in their pens rather than being euthanised. Animals Australia says it has been alerting the department to heat stress deaths for the past 15 years.

They didn’t “know” only because they didn’t want to know and because they were led by a minister who championed live exports no matter what grisly toll it exacted on animal welfare. From the point of view of animal suffering, yesterday was truly banality of evil stuff. 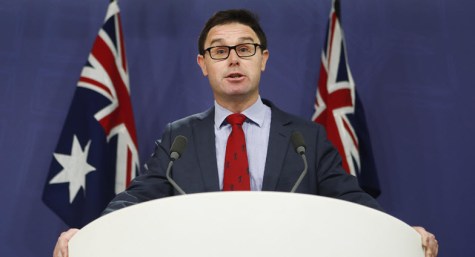 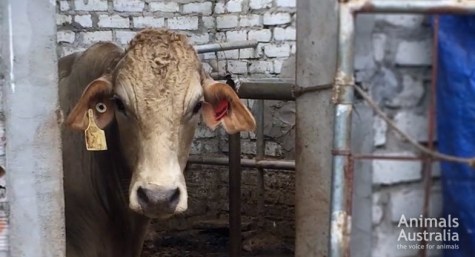 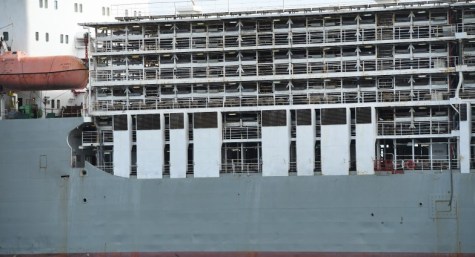 Thanks again Bernard and Crikey for letting us know how awful and callous these bureaucrats and their political masters and mistresses really are. Given how this government treats human beings, nothing surprising in their attitude to other animals.

Well said, Bernard!
This putrid government has no thought for ordinary people, let alone these poor suffering animals…its all about money and greed!!

why not publish a list of bureaucrats who did not know – there are lists of lawyers, doctors, directors etc who have been cautioned , flagellated etc all on the web sites of the ‘disciplinary bodies – why not have a list of public servants who have screwed up on the department websites – or better still have a public interest group publish a list of public servants that have been mentioned as having no knowledge of any of the obvious screw ups.

Another brilliant expose from Bernard Keane. Live export continues to be a disgraceful saga. The northern summer is already here but there seems no mercy in sight for this year’s crop of exported sheep.

As ugly & depressing as all this is, if the live trade stopped, there would be no need for an entire bureaucratic strata which could thus be abolished.
Think of the savings!