How do you get Australians to stream Australian music?

This is the second instalment in a two-part series. Read part one, “Should Netflix be forced to screen more Australian content?“.

Ironically, the rise of streaming and the drop-off in free-to-air viewing is being used by broadcasters as ammunition to do away with local content quotas altogether. The free-to-air broadcaster’s peak lobby group, FreeTV, has urged the government to “move towards new settings that give the industry the right flexibility and incentives to innovate and respond to our audiences.”

Industry players and observers think this would be a disaster.

“We did some modelling based on the Free TV submission to the [federal government’s screen] content inquiry, and on those figures Seven would have [met] its 2016 drama quota on Home and Away, 800 Words and Molly – just those three productions.”

“800 Words is made in New Zealand, and then Molly is only four hours of TV, so Seven would have acquitted its Australian content obligation with four hours of independent drama for the whole year.”

Southern Cross University screen industries researcher Anna Potter points out that when British authorities did this in the early 2000s, investment in children’s television in the UK fell off a cliff. “In the UK, content quotas were removed on commercial public service broadcasters ITV, Five and Channel 4 in 2003; between 2003 and 2014 investment in children’s television by these broadcasters fell 95%, from £59m to £3m,” she wrote in a submission to Fifield’s inquiry.

Meanwhile in the Australian music industry…

Not everyone is worried about streaming content, however. Unlike the screen producers, the Australian music industry is starting to enjoy strong revenue growth — courtesy of Spotify.

After years of trickle, the music streaming dollars are starting to flow. Music royalties body APRA-AMCOS last year reported a 62% increase in streaming revenue, most of it from Spotify, YouTube and Apple. That’s starting to make a real difference to musicians with serious online presences.

“We see enormous growth in subscriber numbers, and therefore revenues to our members,” APRA-AMCOS’ David Sheils told Crikey in a phone interview. The collection agency claims there are more than four million paid subscribers to music streaming services in Australia alone, many of them on Spotify.

With all those royalties flowing in from the streaming services, it’s not surprising APRA is optimistic about the future of streaming. Spotify has just landed its stock exchange listing, releasing a trove of data earlier this year that trumpeted its dominance of the streaming music sector.

So just how much Australian music is on Spotify?

“That’s an interesting question,” Sheils admits. “It fluctuates from month to month, and quarter to quarter, but you could reasonably say it sits around 20% for music streaming services, which is pretty good.”

“I guess to our mind it suggests that, not only is Australian content important from a cultural point of view, there’s a business case for it, too.”

But what about an Australian quota? At this stage, APRA-AMCOS won’t commit. Sheils says the music body is “engaging” with Spotify and the other streaming services, about getting more Australian content onto their services.

“We think there’s an opportunity … what we’d like to see is a more prominent use of Australian content in the curated playlists, featured heavily and presented to users when they open the service.”

So, how would Spotify do it? In the end, it comes down to the platform itself. Spotify is a hybrid system. Users find music by searching, but also because Spotify plays certain songs for them. And that’s all down to the algorithm, which is a black box based on data from users.

And that’s the problem with all of these services. RMIT’s Lobato points out that “algorithmic curation is a new frontier for public policy.” In the media industries, power often vests to those who hold the distribution pipelines. And in music, as in screen, those distributors are increasingly foreign-owned platforms.

As SPA’s Deaner points out, there is strong electoral support for Australian culture. “People care about this,” he insists. “They don’t want their kids growing up with American accents.” 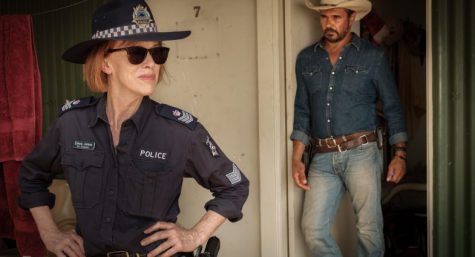 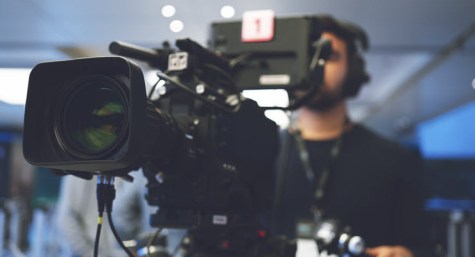 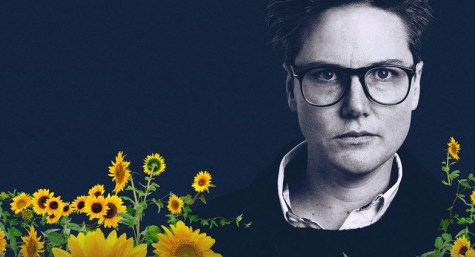 It’s interesting that when Netflix was faced with quotas on content in Canada, it immediately countered with a guarantee of $500 million in Canadian production. WIth more than half its subscriber base now outside the US, yet only a modest per centage of non-US content in its library, Netflix would not take too much prompting to make a similar scale undertaking in Australia. It’s currently earning well in excess of $10mill/week from Australian customers- so why not get involved in local production which always rates better than imports? It’s a no-brainer for the Government to do a little gentle persuasion, but so far such complexities seem to have illuded Mitch Fifield, who seems much more focused on bucketing the ABC

Ben – thank you for your clear pieces on matters of cultural importance, albeit of some complexity. My comment is that revenues from Spotify and other streaming services may be increasing, but consumer awareness of Australian music is still largely driven by radio. Commercial radio is regulated to broadcast 25% Oz content between 6pm and midnight – even though some stations apparently fail to meet the requirement. It’s an example that, like that of television, shows how old and new media work hand in hand – at least in an age in which we are transitioning from one to another. Without regulation of Australian television, the screen sector will not survive in any form that is meaningful in terms of its Australian-ness. Even if Netflix commissioned more Oz content, it’s unlikely to have much cultural specificity (in terms of stories, locations, talent, relevance or perspectives) as it would have to be made for a globalised English speaking audience. Regulation for Australian content underpinned the renaissance of Australian film and television. Nowadays we’ve been hoodwinked into believing that without foreign production in Australia (and the handouts necessary to secure the dubious privilege of having the latest franchise pictures partially produced here), there would be no Oz industry. This is of course nonsense. With adequate local content regulation of tv, streaming services and even cinema, and with those aforeme
ntioned handouts diverted to cultural subsidy, the Oz sector and Australian audiences would be far better off than under the current arrangements. Someone please do the modelling!

“How do you get Australians to stream Australian music?”

Well, first, most kids are barely using spotify any more. If you know about it the youth are on to something else. Second, oz music is doing incredibly well locally and more so internationally. Perhaps you’ve never heard of them.

If you think that commercial radio is any indication of the music scene you really are missing the boat. Australia is punching way above its weight but not if you think Taylor swift is music.

Tinman, I couldn’t disagree more. Great Australian music is being produced at the moment. What are you listening to?