There's a lot to be gleaned from Malaysia's recent election, especially for the craven and silent Australian government.

Malaysia’s Prime Minister Najib Razak has suffered a breathtaking defeat by 93-year-old Mahathir Mohamad, the former leader of Razak’s party, in the country’s May 9 election.

Razak’s mentor-turned-tormentor was sworn in as the first non-Barisan Nasional (National Front) PM in the nation’s 61-year history. The country now faces the unlikely prospect of Mahathir handing over power to Anwar Ibrahim, his former deputy, who he removed by jailing him on sodomy charges. Anwar is due to leave prison from his second stint on June 8.

In the process of this remarkable election, Najib, the man at the centre of a bribery scandal involving state-owned companies worth as much as US$4.5 billion (according to the US government), exposed just how spectacularly out of touch he and his government had become.

This, of course, was plain for all the world to see. Yet what support did Australia lend to the Malaysian people in the face of such unashamed corruption and institutonalised racism against the country’s ethnic Chinese, Indian and other minority communities?

Najib tried every trick in the election-rigging book and invented new ones, even former Queensland Premier Joh Bjelke-Petersen would have been blushing in his grave: ballot boxes have been stuffed, the election moved to mid week, and a near-impossible system of postal and absentee voting set up in the lead-up to the poll. The last desperate hurrah was to shutter polling stations at the stroke of 5pm on May 9 — despite many having queues of voters eager to have their say.

But the final result, speaks for itself, a riposte to despots who believe they can exploit weak democratic systems.

It’s also a lesson for their enablers and one the increasingly craven and silent Australian government should heed. The Australian government not merely stands by, mute, but offers encouragement to the region’s most brutal and shocking regimes: training soldiers from Myanmar’s murderous military; and upgrading relations with the dictatorship in Cambodia only weeks before it finally obliterated the strongest opposition it had ever faced, earlier this year.

On Julie Bishop’s watch, Australia has returned refugees and paid millions to both Cambodia and the corrupt former Rajapaksa regime in Sri Lanka. More recently, as noted in Crikey, Australia, in pursuit of some sort of insurance against China, turned a blind eye to rampant religious persecution in Narendra Modi’s India.

And still, Bishop, frozen out by Malcolm Turnbull, spins around in ever decreasing circles trying to find a cohesive policy on China.

We spent enormous amounts of political capital, as well, whinging, moaning and even lecturing Indonesia about two of the Bali Nine who were executed for clearly breaking the laws of another country (as well as duping other young people into following suit) — damaging the relationship with our biggest and most important neighbour. Now, craven once more, we are begging Indonesia for a comprehensive trade and security agreement.

Malaysia is just one more example of Australia’s drop-dead hopeless “commitment” to anything close to truth-speaking about its neighbours. 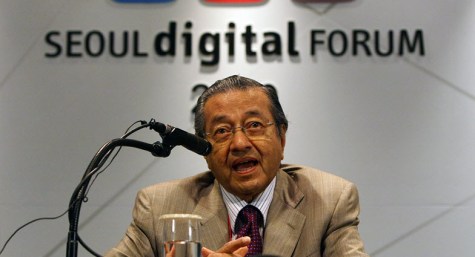 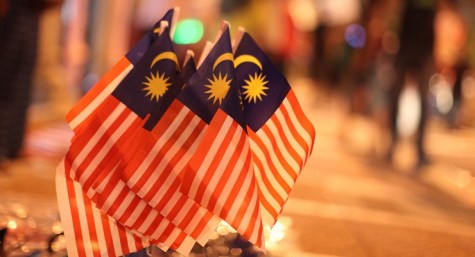 From this sorry catalogue you have omitted reference to Abbott’s commitment to the costly search for Malaysia Airlines Flight MH370, missing since March 2014 and still not found.
“Malaysia is just one more example of Australia’s drop-dead hopeless “commitment” to anything close to truth-speaking about its neighbours.” We are a dreadful neighbour – there is no gainsaying this awful truth.

What odds that there will be another try for a Malaysian Solution #2 to boat people if Labor falls over the line?

I think that the High Court have ruled this out because they aren’t signed up to some human rights convention, shame because it seemed like a good idea.

Michael, there are other examples to add to your list of craven silence by our alleged “Liberal” government. What about the genocide being waged on Yemen by our “ally” Saudi Arabia, about whom Pyne sees an export opportunity for more weapons. Or the ongoing slaughter of and land theft from the Palestinians by another “ally”, Israel. Or the rampant neo-Naziism and breaking of the Minsk Accords by Ukraine. Or the appalling conduct of the UK government over the Skripal alleged poisoning, including but not limited to blatant lies, “D” notices to the media, and the abduction of Yulia Skripal in defiance of the Vienna Convention among other breaches of international law.
It seems our apology for a Foreign Minister only has words of criticism when the actions are by the enemy du jour.

Rather than M/S2, why not cut out the ‘middle-men’ and try Indonesia #1, fund them to intern wannabes.
After all, they know who they are, being allowed free entry to Indonesia at the airport, with full documentation.
After all, they are the responsibility of Australia, why?

Sorry but isn’t Bishop the one who was touted, by all of the Australian media, as Australia’s finest FA Minister when she took the Security Council seat that she tried to stop Labor getting?

Competence has never been a word you could use to describe her, or any other L/NP Minister, privileged, arrogant, wealthy, vain and probably corrupt are all better descriptors. It is great that the truth of the Turnbull government is coming out day by day, we can only hope that it is reported widely enough for Turnbull to suffer the ultimate political cost, loss of government and his own seat.