Wishing you a miserable 200th birthday, Marx, you racist blaggard

It is often remarked that socialism is "good in theory, bad in practice". It’s a pretty rubbish theory if in practice it has failed every time it has been tried.

Karl Marx would’ve turned 200 on May 5. What better way to commemorate the occasion than to recall the fact Karl Marx’s ideas have led to the deaths of 100 million people, extreme poverty, immense suffering, and relentless oppression — and you can’t even say he’s a nice guy.

Marx treated people cruelly, was two-faced, and used racial slurs. In a 1862 letter, Marx described an opponent as a “Jewish Nigger“. He was also a slob. “Washing, grooming and changing his linen are things he does rarely, and he is often drunk,” a Prussian police spy reported.

Marx had an affair with his life-long family maid Helen Demuth, who was, ironically, never paid for her backbreaking labour. The affair resulted in a child that Marx refused to acknowledge and was fostered out. When the child came to visit he was forbidden from using the front door and obliged to only see his mother in the kitchen.

The striking feature of those who claim to support Marx’s socialist ideas is that they know practically nothing of Marx the person, who was a monster, and the result of his ideas, which is monstrous societies.

Lenin and Stalin’s Soviet Union, Mao’s China, and Pol Pot’s Cambodia were oppressive and unsuccessful. The “people’s revolution”, the socialising of the means of production directly inspired by Marx, led to the thousands of murders, millions of deaths in famines, and decades of political oppression and economic failure.

Today, Venezuela is the latest socialist catastrophe. Venezuela, despite having the world’s largest known oil reserves, is desperately poor. Nine in 10 Venezuelans go hungry. Prison inmates desperately forage for dead rats. Basic prescription drugs are unavailable. HIV/AIDS cases are flooding hospitals because of the lack of contraceptives. Babies are dying by the thousands. Crime and murder are spiking.

It is often remarked that socialism is “good in theory, bad in practice”. It’s a pretty rubbish theory if in practice it has failed every time it has been tried.

Socialism is built on shoddy intellectual grounds. Socialism depends on people working for others, with no immediate benefit. Socialism can only be implemented with coercion and force. To stop people from private economic, social and political activity, you have to oppress. That is why, in socialist countries, opposition political parties are banned, dissenters are jailed, and speech is curtailed.

So, what’s the record of the system Marx labelled “capitalism”? The free market has unleashed human flourishing and delivered freedom. The adoption of markets and free trade in the developing world has lifted a billion people out of poverty in the past 30 years. Global life expectancy has doubled in the last century from 30 to over 60 years. Meanwhile, global inequality is declining for the first time since the industrial revolution.

In capitalism, you can pursue you own desires, live as you choose, earn money as you please, and spend it on what you want. In socialism, you are inevitably oppressed, if not staved.

Matthew Lesh is a research fellow at the Institute of Public Affairs. Tweet him at @matthewlesh. 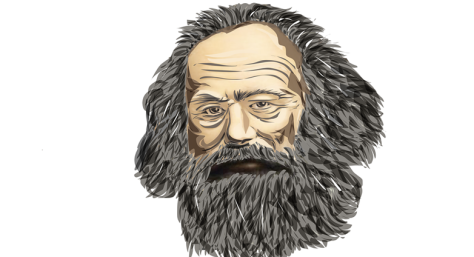 The crisis in the Marxist tradition 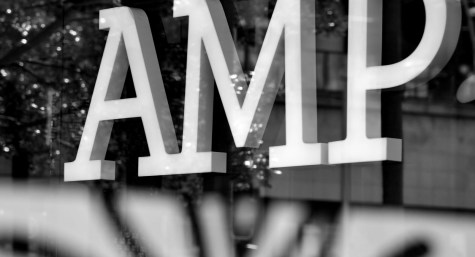 A sad indictment of the world’s corporate culture

Why does Crikey print the rubbish that comes out of the IPA? To pick up just one point raised in this piece, it what fantasy world has inequality declined? Inequality is steadily rising around the world.

Sometimes I despair at the lack of intellectual thought on the part of the right. The fallback into abuse and falsehood has obscured debate on climate change, education, foreign policy racism and immigration. To balance my own left views I subscribe to Crikey knowing in advance that Keane, West and Dyer provide a decent well argued point of view that I disagree with (of course I delight in reading Rundle and Razor). I subscribe to NYT for the same reason. What I don’t subscribe for and dont appreciate is drivel from the IPA. The publication of such views should be left to the bulk of the mainstream media or relegated to the comments section. I appreciate the fact that this article was published in the hope of provoking comment but Crikey has been critical of media that resorts to clickbait and should be above this cheap tactic.

And you forgot to mention the other great things capitalism has given us. Mindless destruction of the planet we need to survive on and extreme wealth for a few and extreme poverty for an expanding lot. Great system!

Xi Jinping re-emphasised Marx’s value as a thinker, in the lead up to Marx’s birthday celebrations on May 5th.
Professor Michael Hudson’s presentation to the “School of Marxist Studies”, Peking University, over the weekend, was very much part of Xi’s recognition of Marx.
The full text – http://michael-hudson.com/2018/05/
What Hudson’s forgotten about political economies would cover what the whole IPA and their ilk have ever learned.
Again, just to show Hudson (who is in his 80th year) refuses to put his ‘cue in the rack’, and continues to push on, some of his recent learning;
http://michael-hudson.com/2018/01/could-should-jubilee-debt-cancellations-be-reintroduced-today/
The regurgitators and stenographers at the IPA hit peak smug around their early to mid 20’s, and that’s when their cues go into the rack.

“Research fellow at the Institute of Public Affairs” – your oxy moron for the day.

I resent paying good money to aid the broadcasting of ignorant polemic to the world. Your intention may be to hoist the writer with his own retard (to borrow from VEEP) but you’re still assuming that no reasonable person would be engaged by such obvious ignorance: the problem is that that most unreasonable people consider themselves to be reasonable.