The Australian has apologised to Andrew "Twiggy" Forrest for an article regarding deals he made in in the 90s, and it only took them a year to do it. And other media tidbits of the day.

The Oz’s Twiggy apology. It took almost a year, but The Weekend Australian has apologised to mining magnate Andrew “Twiggy” Forrest for a feature run in its magazine in May last year. The piece, titled “Sorry Business” was by The Oz’s WA chief reporter and Forrest biographer Andrew Burrell, and canvassed a deal Forrest did in WA’s Goldfields in the 1990s. But on Saturday, the paper published a carefully-worded apology in its print edition, and gave it a prominent place outside the usual story links on its homepage on Saturday. The Oz had no comment, but in its apology said: “If any readers of The Australian considered the article meant that Mr Forrest mistreated Aboriginal people of the Western Australian Goldfields or that he took advantage of this community, The Australian and Andrew Burrell apologise.” The apology also noted Forrest’s “significant philanthropic contributions … including, specifically to the overcoming of indigenous disadvantage” and he and wife Nicola’s $400 million last year — the largest single philanthropic gift by a living person in Australian history.

Burrell’s book, Twiggy: The High-Stakes Life of Andrew Forrest, was an unauthorised biography published in 2014 and won the 2014 Ashurst Business Literature Prize.

Kate who? Over at Fairfax, the glossy weekend magazine Good Weekend made a less consequential misstep on Saturday when illustrating a profile of Instagram star Celeste Barber with an image of actor Kate Hudson, but subtitled Kate Upton. Spotted by news.com.au’s Rebecca Sullivan on Twitter, the online version has now been corrected. 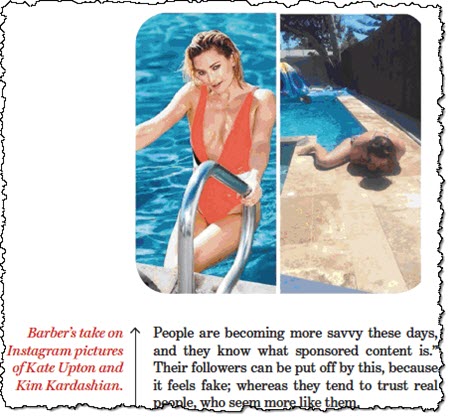 Sky’s newest ex-pollie host. Former NT Chief Minister Adam Giles has made his debut as Sky News’ newest evening show host. Giles now lives in country Victoria with his partner Phoebe Stewart — a former NT News and ABC journalist, and former NT government staffer — and their children, and started worked for Hancock Prospecting when his Country Liberal Party lost government in 2016. Giles launched into his first show last night by saying he wouldn’t be swayed by his former political allegiances, and took a thinly-veiled swipe at political commentary from other ex-politicians: “Too many former pollies can’t let go,” he said. 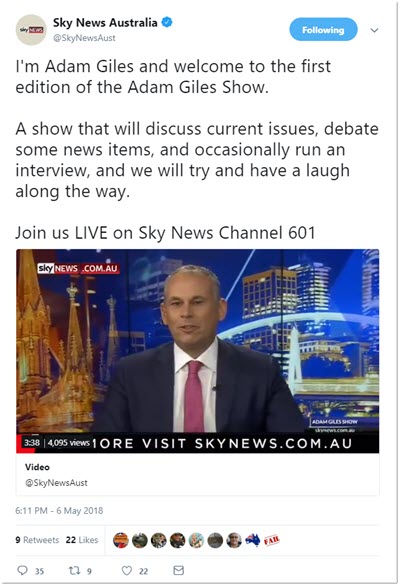 Media Watch Dog’s gotcha. When an old dog catches a dead bird, and staggers inside with it in his mouth, you gotta give him credit. So to Gerard “Gollum” Henderson, whose “Media Watch Dog” is the Mad Magazine of the prostate right. Gollum thinks he has found plagiarism in your Crikey:

And what about the piece in Eric Beecher’s Crikey by Guy Rundle, Hendo’s favourite Marxist comedian? As viewers of the Sky News’ Outsiders program will be aware, co-presenter Rowan Dean has maintained for eons that he watches certain ABC TV programs so that Outsiders viewers don’t have to.

NT indigenous employment program might be fraudulent as well as racist

I can recall the era before ‘I read X so you don’t have to’ existed. But it was a long long time ago, definitely last century.

If this is new to Gerard Henderson I’m genuinely curious to know exactly what comprises his usual reading list.

I wonder what will happen to Gerontius’ clippings files when he goes to his reward?
Would it be any good as a job lot to a confetti maker?