Razer: my fantasy budget involves a certain Greek finance minister and a lot of leather

Well, we did ask for "fantasy" budget.

Can you afford to miss Crikey’s in-depth Budget Edition email? If the answer is a resounding no, then keep an eye out for our members-only budget night email. We’ll be crunching the numbers and translating the spin to give you our outsider view from inside the lock-up. If you’re not a current member, sign up and use the promo code BUDGET2018 to save $29 on an annual membership

In the lead up to the federal budget next week, Crikey is publishing various contributions on theme of “fantasy budget”. Yesterday Per Capita made the argument for progressive tax. Today, Helen Razer takes another approach…

My budget fantasy involves a former Greek finance minister, a good measure of leather and, perhaps, some voice-over by British economist, Michael Roberts. As Yanis Varoufakis removes his chaps and texts me, personally, to commend my choice of outfit for the global debt jubilee, Roberts narrates the final crash to, say, a trembling Peter Costello, before whom the ghost of Rosa Luxemburg appears — also in a very nice outfit — and persuades him to eat all WorkChoices documents while writing, “yes, capitalism has a crisis tendency” one hundred times on the forehead of Scott Morrison.

Oh. The brief was a “fantasy budget”? Well, this involves a wave of despair. What does one do with a national economy so perilously dependent on the production of debt? What do you say to China, whose need for nearly everything Australian is diminished? Perhaps something pleasant, and in perfect Mandarin.

So, there you go. My first act is to cease all investment in weapons production — it’s not an ethical thing; today, I’m a hard-nosed treasurer who just can’t see how arming nations that even the USA won’t will help us out of our coming finance-led collapse — and use it to teach every Australian resident, citizen or undocumented visitor perfect Mandarin.

Those who master all tones in under one month will receive a commemorative T-shirt, made for exceptionally high rates by the textile workers of Bangladesh. It reads “I’m With China!” in all the languages uttered, written or occasionally preferred in the nations of the BRICS trading bloc.

I will then extract full payment for the royal commission into banking from Pauline Hanson. True, this is an act guided less by calculation than by malice. But sometimes it pays to teach the economically myopic a lesson. It’s all very well and good, Pauline, that you demand that the banks pay for an inquiry into themselves. But use the time of your poverty to think, please, about what would follow your passionate proposal. Banks will just find dead, or near dead, people to make up the difference in fees.

With Pauline busy learning about the systemic and inevitable gluttony of the finance sector and all Australians learning both (a) Mandarin and (b) solidarity with our seamstress sisters of the Global South — you wouldn’t believe how much I paid for those T-shirts — I will next pay myself an outrageous sum to learn about Hyman Minsky, or at least learn who I must learn to provide me with the keen provisional instruction I need on de-financialising our economy. I would prefer to do this without starving too many people or dealing at all with the IMF.

While it is true that the introduction of a new tax is often the end of a treasurer, I will introduce one all the same. I mean, why not? My crash-course in de-financialisaton will be immediately followed by a crash-course in peaceful seizure of the state by the people, and I won’t be losing a job so much as making myself, and all alienated labourers, redundant. Also, I think people will really like this impost.

It’s a bit like a formalised swear jar, although more profitable, as the vulgar speech habits it targets are much harder to break than swearing. Any non-mocking media use of the terms “empowering”, “inspirational”, “brave”, “wisdom”, “Nasty Woman”, “women on boards”, “male ally”, “Russia-linked” or “He can leave the embassy any time he wants” will attract a tax. Any presentation by TEDx must be paid to Treasury in advance by cash, or pollution credit, which can be gained through the interruption of service of any Murdoch property.

Yes. This will soon lead to the financial ruin of the nation’s mainstream media providers. But no one much will miss them.

I will then ask someone, perhaps my mate Jack Latimore, how much money and consultation time they’d like to compile, bind and appropriately decorate a treaty. It is my earnest economic belief that the nation’s capacity for innovation, etc, is thwarted by the absence of an agreement between Indigenous and non-Indigenous peoples. Treaty must cease to be our earnest fantasy.

And the real, non-fantasy budget will one day cease to be written in the service of rich twits and rotten ideas. Probably.

I don’t know. Back to fantasy Yanis.

Fantasy budget: Richard Denniss on broadening the tax base 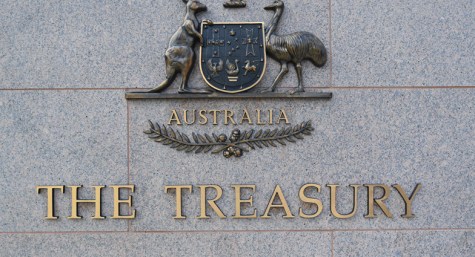 Matthewson’s fantasy budget: back to basics 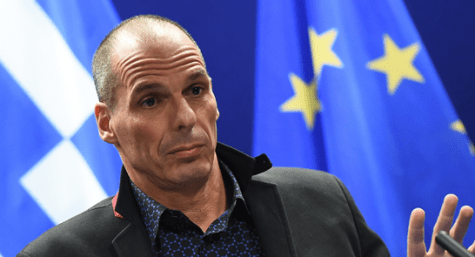 What do the IPA, Yanis Varoufakis and Katniss Everdeen have in common?

I stopped reading, briefly, after the first par so I could get myself a coffee and luxuriate in the pleasure of reading in the rest of the piece.

I love your writing but go easy on the satire as i dont think it is your “thing”.

Rosa? Debt? Talking in pleasant tones to the Chinese? Definancialisation?
Professor Michael Hudson, on all that, and a whole lot more;
https://www.counterpunch.org/2018/05/01/bronze-age-redux-on-debt-clean-slates-and-what-the-ancients-have-to-teach-u/
And, when I say ‘a whole lot more, I ain’t joking;
“Through the lens of this reinterpretation, Jesus was actually an activist advocating for debt cancellation. He died not for the sins of the people but for their debts.”
As the interviewer says to Hudson, at one point in Hudson’s explanation of his latest book, “Forgive Them Their Debts: Lending, Forfeiture and Redemption, From Bronze Age Finance to the Jubilee Year”;
“That’s extraordinary”.
And, it is, and so is he. He describes the book as “an extension of the archeological and the Assyriology work that I’ve been doing at Harvard University at the Peabody Museum since 1984. I originally called the book Bronze Age Finance, because I wanted to undertake a study of the origin of debt, and how societies dealt with debt that grew so large that it forced populations into debt bondage, and dependency ….”
And, Rosa?
“….growing up the son of a jailed Trotskyist labor leader in whose Chicago home he met Rosa Luxembourg’s and Karl Liebknecht’s colleagues…”

P.S. Talking in pleasant tones to the Chinese?
“…..and lately, among many other ventures, commuting from his Queens home to lecture at Peking University in Beijing where he hopes to convince the Chinese to avoid the debt-fuelled economic model off which Western big bankers feast and apply lessons he and his colleagues have learned about the debt relief practices of the ancient civilizations of Mesopotamia.”

Actually, what Helen said was “Those who master all tones in under one month will receive a commemorative T-shirt”.

Seeing that Mandarin is a tonal language, I’m not sure what your outrage is on this point?

I don’t think that Bangladesh is in the Global South though Fiji does do cheap stitching.
Small, very, point – “while writing, “yes, capitalism has a crisis tendency” one hundred times on the forehead of Scott Morrison.“.
This seems overly expansive, there’d scarce be room for an 8 letter word starting ‘ARS’ and ending ‘EHOLE’.
That’s the trouble with religious nutters, they tend to inbreeding and the concomitant decrease in cranial capacity.

He does have a very large forehead though…