The end of greyhound racing? On the track at the ACT’s final race meet

This week, greyhound racing became illegal in the ACT. Depending who you're talking to, that's either worth celebration or it's total "bullshit".

There were cheers and tears as the Canberra Greyhound Racing Club held its final race meet on Sunday.

A night at the dogs is usually a more casual affair than the horse races, but the club’s chair Alan Tutt is in a suit and tie as he strides through the punters at the Narrabundah track. In the TAB area he checks in with audiovisual staff. “Chin up, boys,” he says. Beaming, he turns to tell me, “this is the working class night of the week”. He goes on to greet a grey-haired woman who is far less optimistic. “This is bullshit,” she mutters as I pass.

The overall mood is sad, yet hopeful. It’s likely the last night the locals will gather here like this but the regular racegoers are keen to show a first-timer a good time. Club spokesperson Kel Watt offers me a drink and a feed. An uncle and nephew are on hand to make sense of the screens stretched above the betting windows showing the draws, odds, and races. Community Values, I’m told, is “the people’s dog”.

Community Values is jointly owned by 20 people, some of whom had never been involved in the industry before. Mark Parton, Shadow Minister for Gaming and Racing led the syndication of the greyhound in protest to the ACT government’s racing ban. “It’s still a genuine party atmosphere,” Parton says.

Trackside, face-painted kids breathe thick clouds of cold air as they weave through the crowd. Adults in puffer jackets clutch a tinnie or glass of wine. Parton lays out the narrative of a community abandoned and devastated, vowing a 2020 Liberal government would repeal the ban (which was a Labor-Greens agreement).

Watt says the reputation of greyhound trainers has been recast from “lovable larrikin” to “criminal”. It’s clear he also wants to prove racing dogs are “happy dogs”. The lean, long-limbed greyhounds zip around the track chasing the lure — a fluoro orange sack with a white fluffy rabbit ear and tail sewn on. “To watch them have a bit of a play, it’s great,” he says. “The owners and trainers come down and they get a bit of a hug [too].”

Earlier across town, the vibe was electric at Capital Brewery in Fyshwick — though for different reasons. Greyhound owners charged their glasses to celebrate the end of a cruel practice. Cathy Mush’s only disappointment was that a sudden downpour meant their gentle giants couldn’t laze with them outside.

“If only we’d done the pack walk this morning and then had the beers yesterday when it was a beautiful, sunny day,” she said. “We’ll celebrate New South Wales soon hopefully.” It’s just over a year since Mike Baird’s NSW government’s contentious decision to backflip on a previously announced greyhound racing ban, eight months after it was introduced.

The race track at Narrabundah won’t become a ghost course; training will still be permitted, but timing laps, using a lure, or running two dogs against each other will breach the ban which brings hefty fines and even jail time. Martina Taliano who created one of the volunteer re-homing programs for ACT greyhounds says she still has permission to run a playgroup for ex-racing dogs there.

Competitors and spectators will have to travel an hour away to Goulburn in NSW to get their race fix. NSW Deputy Premier John Barilaro is proposing a racing club in neighbouring Queanbeyan in a cross-border partnership later this year snapping up revenue and jobs. To soften the local impact, the government has set up transition support packages, available by application which include counselling, financial aid and retraining. In justifying the ban, it said the ACT industry “can’t be divorced from the NSW industry” (which found live-baiting, blooding, and large numbers of dogs being killed due to racing unsuitability or injury).

At the brewery celebrations, I meet Jeff Rolfe who became a greyhound owner after a “foster fail”, where a fostering arrangement turned into ownership. He explained that a vet suggested his ex-racing dog Ari, who was malnourished and had serious health issues, be euthanised. Thanks to some tender loving care Ari is a happy hound now, but Rolfe is less pleased that racing continues in other jurisdictions.

“Even though these people say they love their dogs they still take the risk every time they put their dog on that track that it could seriously injure itself,” he said. “And if it’s a catastrophic injury that dog won’t go home.” 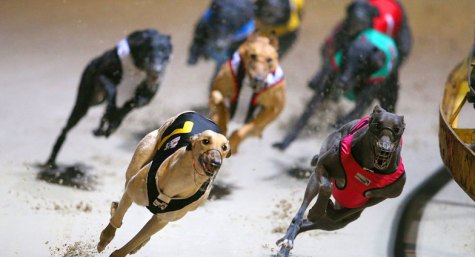 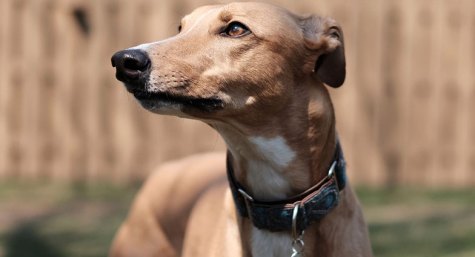 Sensibility prevails. This is progress.

I can’t imagine that the horse racing industry is feeling confident about a long term future for its animal-abuse-as-amusement business model.