A consistent news campaign and a new parliamentary committee: Dutton has pulled out the big guns against the Administrative Appeals Tribunal once more.

Peter Dutton is not a fan of independent judicial scrutiny of his decisions. He notoriously overturned a decision of the High Court last year within hours of a judgment being handed down which found he had exceeded his powers in cancelling the visa of a New Zealand citizen. But it is the Administrative Appeals Tribunal (AAT) that Mr Dutton wants to neuter because on a number of occasions in the past few years it has dared to revoke decisions by Mr Dutton’s department to expel non-citizens who have criminal records. Now it seems Mr Dutton is preparing the way for legislation to remove the right of individuals to appeal to the AAT when their visa is revoked by bureaucrats.

Mr Dutton has for months now been using friendly news outlets like Herald Sun, The Daily Telegraph and The Australian as a key weapon in building a case against the AAT. And Mr Dutton has asked the Joint Parliamentary Committee on Migration, chaired by a colleague, Liberal MP Jason Wood, “to inquire into and report on the review processes associated with visa cancellations made on criminal grounds”. That committee is about to hold hearings into the issue.

The AAT, which began its life under the Fraser government, is the quasi judicial tribunal which enables citizens and non-citizens to review decisions made by government officials. It deals with a broad range of matters from taxation to military compensation. One of the tribunal’s roles is to review cases where the Department of Immigration cancels the visa of a non-citizen who fails the so called “character test” in the Migration Act because they have committed offences in Australia which have resulted in them being jailed for 12 months or more (and this includes suspended sentences).

This is a power Mr Dutton and his department have used with some relish. It has impacted disproportionately on New Zealanders and now the attention is being turned to young men from South Sudan and Somalia. The decision to revoke a visa is life changing. Many of those who find themselves facing expulsion from Australia have never lived in the country from which their parents came, or if they did they migrated to Australia at a very young age. Families are torn apart, jobs lost and mental and physical health are in jeopardy when the decision is taken to revoke a visa.

Many of those who are subject to revocation decisions appeal to the AAT which conducts what is called a merits review. In other words, it looks at all the evidence and makes its own decision about the circumstances of revocation. In some cases — but certainly less than 50% — the AAT overturns the department’s decision and this is what enrages Mr Dutton and his media allies.

The Herald Sun on April 26 published a story with the sensational headline “Killers, sex offenders and drug dealers among those the AAT has saved from deportation”. That story has a link to another attack on the AAT entitled “See full list of criminals the AAT has saved from deportation”. The next day the Daily Telegraph’s editorial fulminated that the “Administrative Appeals Tribunal is now overruling more visa decisions made by delegates for Immigration Minister Peter Dutton than it is supporting”.

Last year The Australian on May 30 last year had columnist Nick Cater run a similar line of attack. The AAT “has been busily undermining itself with a series of soft-headed judgments that defy common sense,” said Mr Cater, who had obviously not bothered to read in detail the judgments of the AAT that he besmirched.

This is a consistent theme in the News Corp campaign and it is designed to boost the case for legislation diminishing the AAT’s jurisdiction. Mr Wood’s committee will no doubt recommend to Mr Dutton that the Migration Act be amended to ensure bureaucrats have the last word in cases where a non citizen has a criminal record.

Such legislation will present a dilemma for the ALP which has a notoriously poor track record when it comes to protecting the rights of individuals in the migration area. Mr Dutton is surely hoping that any legislation wedges the ALP, splitting those few in the party who actually care about the rule of law and fairness, and the majority which are expedient and do not want to be labelled by the Turnbull government and News Corp as being “soft on criminals”. 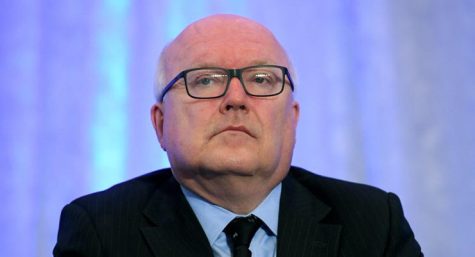 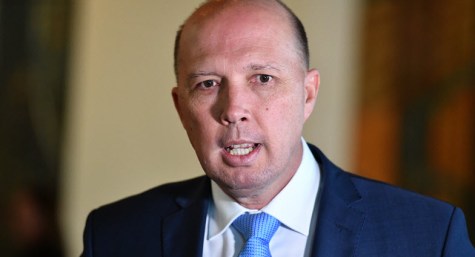 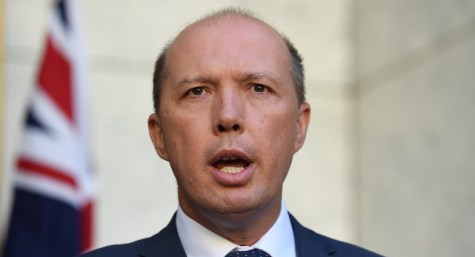 “and the majority which are expedient and do not want to be labelled by the Turnbull government and News Corp as being “soft on criminals”.”

And this in a nutshell is why people who try and talk down the relevance of News Corp and commercial media generally are crazy.

This is exactly the kind of issue where their propaganda campaigns have influence.

“First they came for the non-citzens and I didn’t say…”.
Is there any doubt that the Tubergruppenfuhrer would be equally eager to go extra judicial on anyone incurring his ire?
We have been warned, out of its own mouth, often enough.

Way past time those three publications in particular had their wings clipped severely – there needs to be a law that can be used to prosecute media that attacks our judiciary and organisations that protect the freedoms of us all – such behaviour is so close to treason the difference doesn’t count.
Dutton’s complicity in using those papers for his nefarious purposes would likely see him assassinated in some more lawless societies.

Murdoch and Hanson made sure the ABC’s was crippled. The same should happen to News Ltd. However the LNP awarded Murdoch with a $40 Million “Thank You”. It’s no wonder Murdoch is so pro LNP.

There is such a thing as “contempt of court” but widening its scope might be more dangerous than doing nothing. I do look forward hopefully to Mr Dutton losing his seat at the next election. His extremism is getting too dangerous.

“Way past time those three publications in particular had their wings clipped severely”
Nice thought but who gives a damn nowadays when there isn’t any such thing as ‘responsibility’ much less balance of an article from the tabloids. Their bread and butter is sensationalism. Include the broadsheets for that matter.

“there needs to be a law that can be used to prosecute media that attacks our judiciary and organisations that protect the freedoms of us all”
Actually there is or rather are; quite a few in fact.

“such behaviour is so close to treason the difference doesn’t count”
In a Republic : possibly – otherwise : no.

“Dutton’s complicity in using those papers for his nefarious purposes would likely see him assassinated in some more lawless societies.”
The Swedes have a history of dispatching Prime Ministers so the possibility is by no means confined to a “lawless society”

However appealing, prima facie, I would also think twice in respect of widening its scope for Contempt of Court but the point is academic because the current Front Bench is unlikely to provide the Judiciary with additional authorities and any such proposal from the ranks would not get too far.

As for Dutton loosing his seat : don’t count on it. It might seem odd but his extremism is appealing to many; in a non-trivialway Dutton makes many in his electorate (and others) feel safe (whatever passes for safety these days).

How about the option of a non-citizen having to pay the costs of incarceration or the expense being charged to their country of origin.?
Not acceptable to keep adding to public expense maintaining foreign criminals

Because most of them are not criminals who just arrived here, they have lived here all their lives or the vast majority of their lives. In the case of Stephan Nystrom he was born prematurely in Sweden, lived there for just the first 27 days of his life, didn’t know he was not a citizen when he grew up here without ever leaving the country and was still brutally deported and left to rot. That is what this is about.

Ah the extreme left. When they can’t win arguments in the court of public opinion they always reach for restrictions on freedom of speech. You’d probably feel much better living in a fascist dictatorship.

I mean how shocking. Deported to the hell hole that is Sweden. Honestly you people are clowns.

Deported from the country he had been in all his conscious life to a country he had never seen where he knew nobody and didn’t speak the language. One of the points here is that this is a double punishment for a single crime. A person born in Australia may go to prison for a crime, then come out and return to his or her family. A person born elsewhere who has no knowledge of the country of his or her birth can be arbitrarily deported after serving the court-awarded sentence. The birth country has no responsibility for such a person; he or she was raised here, learned good or bad traits here, and should remain and be rehabilitated here.

Australia lost a moron. What a tragedy. #NotReally

When it comes to being a clown, you wrote the book Bobby.

As Murdoch’s Fox blows the Trump horn in the US, so Murdoch’s News Corp is the propaganda machine for the NLP. Neutering corporate and govt oversight regulatory bodies has been the hallmark of the NLP for decades.
Punitive anti-union regulations and Dutton’s latest push to ‘tighten’ security through even greater spying on citizens are the other side of the NLP coin.