Before the dual citizenship saga quickly scuttled Senator Stephen Parry’s job, and reputation, he was genuinely well-respected as the Senate president and protector of the rules. I was really fond of him. He treated this rookie well. For starters, his advice helped me get the Senate photo ban lifted — after a fruitless Press Gallery campaign that had gone on for more than 20 years.

That, of course, was before the former Tasmanian policeman scandalously, and inexplicably, sat mute for months (with silent government co-conspirators on the red leather like Senator Mitch Fifield and, I suspect, former Attorney-General George Brandis) as he physically served up Senators Nash, Canavan and Xenophon to the High Court over the same citizenship issue.

One of President Parry’s last jobs, before disappearing in disgrace, was the zillion-dollar reboot of the Parliament House security upgrades with bullet-proof doors. As a minority party leader (and self-appointed Justice Party whip) I am privy to a Senate security committee that deals with, surprise, surprise, things like that new, ghastly, Senate lawn fence (which I voted against) and a huge, new sliding gate. All this, plus the destruction of so many trees that had been there since the day the new Parliament House opened.

I’m told a security fence blew down this month. According to Canberra sleuth, Louise Yaxley, a temporary wall on the Senate side blew over when a windstorm hit Canberra. A government spokesman told her, in Canberra-speak:

“While a significant amount of ballast was installed to maintain the stability of the hoarding, the Managing Contractor, Lend Lease Building, has reviewed the design of the hoarding and has added further bracing to prevent further rotation of the top of the hoarding.” Yeah, right.

This follows the story I broke in the Canberra Times about those recalcitrant security bollards that keep popping up when they’re not meant to, at the bottom of the Senate drive, and, at last count, had destroyed three ComCars and one federal police wagon.

As part of the new multi-million-dollar anti-terrorist measures, they are doing stuff to the Senate entrance, which I can’t/won’t go into. It means that for the next few months we have a new temporary entrance down the road from where you usually see senators fronting the TV cameras as they arrive each morning. That tradition is known as “doors”.

Some senators are so desperately keen to get their head on camera they will stride purposely in and then loiter in the lobby — if another senator is fronting the microphone forest — until their turn comes to come back out.

I don’t. If another senator has the call (as they say) I just keep walking. And, as I admitted last column, on several occasions last sitting session, during the company tax argy-bargy, I ducked doors completely and entered the building through the ministerial basement. 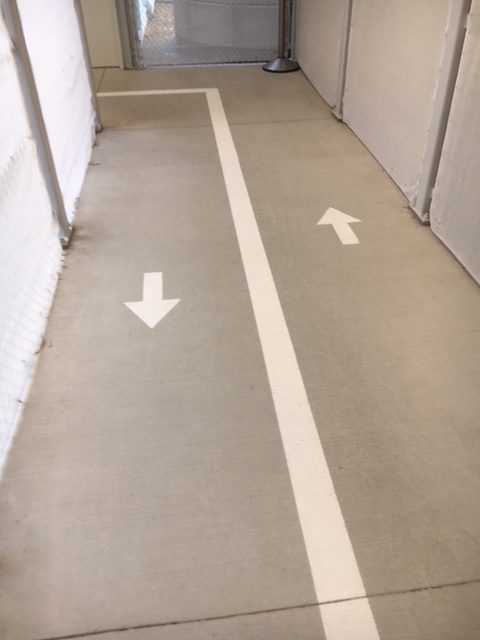 The temporary entrance is sign-posted like something from a preschool. And I can tell you that, in the presence of federal police, heaps of pollies are breaking the rules by walking on the wrong side of the lines. It reminds me of a very hoary joke:

“Didn’t you see the arrows?”

“Friend, I didn’t even see the Indians”.

I once, proudly, wore my World War II veteran father’s medals at the dawn service at Gallipoli – on the left chest if you earned them, on the right if you are paying respect. This week, on Anzac Day, I wore them again at Villers-Bretonneux in France, as part of a parliamentary delegation to commemorate the Somme centenary of the Anzac Day eve battle in that French village which turned the tide against Germany in 1918. It was also the opening of the amazing Monash Museum there. Events attended by Prime Minister Turnbull and former PM, Tony Abbott. Both events were truly memorable. I’ll write about it all next week.

Hinch’s Senate Diary: call someone else, I’m on the phone to justice

He almost elevates the accounting of the quotidian to an artform, doesn’t he?
But not quite.

No.
Bathos is his bailiwick and he strives to attain that height.

I’d rather they spent the money for “security” on accessibility so that current and future senators can access the senate as equals.

So the sum total of worthwhile information in this Self Advertising waste of electrons was ..um… less than zero.
Nothing new, just rehashed gossip.
Why, Crikey, WHY?