The biggest rip-off in financial services is the huge fees charged by retail superannuation funds, which flow to the big banks and AMP for delivering poorer performance.

Most of the headlines from the banking royal commission so far have related to rip-offs like fees for services never provided, fees charged to dead clients and rotten advice costing people tens of thousands of dollars. But there’s a far bigger rip-off that is likely to go unexamined, one that costs billions compared to the hundreds of millions that the banks’ and AMP’s compensation bills are likely to amount to. And it affects millions of Australian consumers.

Each year, the big banks and AMP earn billions of dollars in fees from the retail superannuation funds they control, which compete with industry super funds, corporate and public sector funds and self-managed funds for the compulsory super contributions of Australian workers. Collectively, we have around 29 million super accounts between us, and retail super has over 12 million of them.

All super funds charge fees to manage your money; the issue is how much, and what you get for your fee. And the big banks and AMP, on average, overcharge consumers for underperforming funds compared to industry super and corporate/public sector funds. A report by Rainmaker commissioned for Industry Superannuation Australia last year showed that retail super funds charged more than half a percentage point higher fees than non-profit funds in 2016. The total fee revenue for the big four banks, AMP and Macquarie Bank was over $12 billion; for the big four banks, $8.7 billion.

True, that fee gap had shrunk considerably since 2010, when funds run by the banks and AMP were charging nearly a full percentage point more than industry super — over 2% compared just over 1% for the latter. The gap tightened considerably in 2014 — which by pure coincidence was when the Murray Inquiry into financial services got underway and heard from the Reserve Bank that superannuation fees in Australia were too high. Murray went on to conclude the same. As Stockspot has noted, what it calls “Fat Cat Funds” have been shrinking in recent years, but continue to drain consumers’ retirement incomes.

The higher fees are partly the reason why retail super funds consistently underperform other kinds of superannuation funds. The most recent five-year performance rankings by SuperGuide show that the list of top-performing funds is composed entirely of industry, corporate and public sector funds. Ten-year performance data shows just five out of the top 30 funds were retail funds, and all near the bottom. Industry Super’s 10-year table from 2017 shows the best performing funds dominated by corporates, public sector funds and industry funds, with just nine retail funds in the top quartile of performers and the bottom quartile being nearly all retail funds.

Higher fees aren’t the only reason why retail funds underperform; according to ChantWest, retail funds have more exposure to listed assets compared to non-profits, and they tend to be more volatile and perform worse than unlisted assets like property, private equity and private infrastructure, where industry super has invested far more heavily.

The impact of fees and lower performance on consumers is easily demonstrated: Commonwealth Bank Group Super, which is the Commonwealth Bank’s own corporate fund for its staff, was one of Australia’s best performing funds over ten years, according to Industry Super itself, coming in fourth in Rainmaker’s ten-year table. But Colonial State retail super funds, owned by the Commonwealth, were scores of places down the league table, performing only around the median return level.

What does this mean for consumers? It’s a self-serving calculation, but Industry Super claims that a person on a $90,000 salary with a $50,000 starting super balance would be $49,000 worse off after 15 years if they were in an average retail fund compared to an average industry super fund. Even if that number is wildly overstated, the millions of retail super fund customers, courtesy of higher fees to related parties and poorer performance, will end up tens of thousands of dollars poorer when they reach retirement — with the big banks and AMP picking up most of the difference.

It’s the biggest rip-off in financial services. But don’t count on the royal commission touching on it. 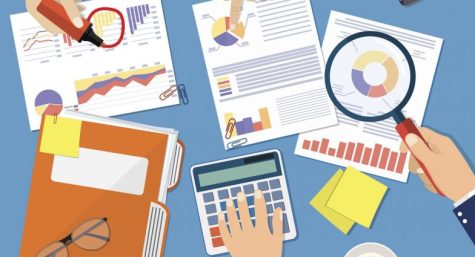 Talking about fees, what about EFT fees the banks charge retailers/service providers/etc, which are then passed onto consumers.

If memory serves, the ACCC told small businesses that charging 10c for EFT when paying for a coffee was too high a percentage. But why is it a percentage in the first place?

It seems to me that the ACCC should have told all providers that the maximum EFT fee was 10c.

And if the government has its way, the industry funds will be operating like the retail funds, and the rip-offs will be broad-scale.

There’s a strong argument that there should be a government run industry fund available to everyone. Why anyone would invest in a retail fund is beyond me.

I’m always so impressed when I see that the CBA’s staff super is going gangbusters, while the retail offering by the same bank is an also-ran. They know where to invest their money, and it ain’t their retail fund!

Super fund run by THIS government? You must be kidding!

There’s a strong argument super is little more than a tax rort for the wealthy and a subsidy-by-stealth for the finance industry and should be shut down in favour of a proper liveable pension for the majority.

It is quite way obvious why Kelly O’Liar has been pushing with all her strength for years to get the banks to take over the Industry Super Funds,it wouls benefit her precious NAB bank and all the others as well of course.
Why do conservatives always think that they are the only ones who should have a reasonable healthy ban account but the rest of us dont deserve it and really should go and suck eggs? Could someone tell me the answer?

Oh Bernard…. Again, not news! While your imagined cool, young readers may not have noticed the ongoing failure of the commercial funds to perform as well as the industry or state funds, those of us in the better performers have been enjoying the news whenever it is reported. The only scandal here is the LNP politicians’ commitment to reducing the performance of the not for profit firms to the level of the firms with high fees and poor advice. As I recall, the government wanted super to be included so it could justify putting bankers on the boards of industry funds instead of the ‘wicked’ trade unionists who think of their members instead of their own bank accounts. (the horror, the horror). Somehow I suspect the Royal Commission will get around to asking for submissions from the Super funds and then having a look at those 10 year results.

Come on – report and analyse what is happening. Meanwhile, I raise my cup to the back room lawyers and other researchers working for the Royal Commission.

It is a joy to listen Senior Counsel Assisting dissect a dissembling suit but her Junior is no slouch.
They alone have persuaded me that the profession should, perhaps, not be shot on sight, come the Revolution.

Yes and the financial wizardry of the Dolt from Higgins aka Kelly O’Dwyer is working hard to make this happen. With foresight she should also be put into the RC dock to explain her rationale behind trying to link retail fund managers with industry super fund management. Given her insiders interview with Barrie Cassidy last Sunday, that will surely be a hoot! Cynics are asking, is someone on the take here? Unkind people are saying, …most likely!

Its no secret that industry funds do better (they’ve been advertising it for years) and anyone who’s still in a private fund deserves their misfortune. It will be interesting if the RC finds any skeletons in the industry funds that we didn’t know about…