Why does every FM radio show sound like it’s hosted by the same five people?

Comedian + sportsperson + incomprehensible name = profit? We take a look at the seemingly fixed categories of people you'll find on your airwaves.

In cities and towns across the country, the world of FM radio is the most cut-throat of the media. They live and die by their ratings, with shows axed, and hosts unceremoniously dumped from month to month. The hosts rise up through the ranks — coming from regional or community radio, like triple j’s Ben and Liam, or former Fox FM hosts Hamish and Andy. KIIS in Melbourne even went as far afield as New Zealand to find its new breakfast hosts, Jase and PJ.

The taxonomy of FM radio hosts can be baffling to the untrained ear, so we’ve broken them down to help you navigate the people behind the nicknames offering you icy cold cans of coke, and how they got there.

There aren’t many Australian FM radio stations without at least one comedian as a host. They’re most often paired with at least one co-host (Dave “Hughesy” Hughes and Kate Langbroek; Wil Anderson with Triple M’s Grill Team in Melbourne; Amos Gill on Adelaide’s Hit107). It’s a gig that works well for both parties: the station gets someone willing to play the clown, oversharing with an audience for the sake of a laugh, while the comedian gets a vehicle to grow their following, promote their stand-up shows and the all-too-rare full-time, well-paid job.

If wannabe celebs don’t find love, money, or a singing career, there’s always an FM radio slot they can fill. Big Brother, Australian Idol and even The Bachelor alumni have found new B- or C-grade status with their own radio shows, some with more success than others. The Bachelor and Bachelorette’s Sam Frost’s show with veteran Rove McManus on 2DayFM was dumped (to be replaced by none other than Australian Idol’s Em Rusciano), but former Big Brother stars Chrissie Swan and Ryan “Fitzy” Fitzgerald have both been on air for years.

Having inside knowledge of a key water cooler topic has also proven a welcome source of FM radio hosts. Like comedians, most networks also have at least one footy player on the airwaves. Former AFL player Jonathon “Browny” Brown joined Chrissie Swan and Sam Pang at Nova 100 in 2015, Gold Coast FM has former NRL Cowboy Ben Hannant on its books, and Fox FM nabbed Brendan “Fev” Fevola to co-host with Fifi Box and Brian Cooke.

It’s not just footballers who nab places behind the microphone, though. Triple M in Queensland has Olympic swimmer Libby Trickett on its drive program, and triple j has wheelchair basketball and tennis player Dylan Alcott on the weekends.

Trained journalists and broadcasters are also working their way up to earn a place on the air. Amanda Keller, Wendy Harmer (now across on ABC Sydney), Fifi Box, Tony Martin, all still have radio spots. Melbourne FM radio veteran Matt Tilley was on air for more than 20 years before his KIIS program with Meshel Lawrie was dumped at the end of last year.

The stalwarts are just as susceptible to being chopped entirely, or moving networks. Keller took up her current post on WSFM in 2004 after seven years at Triple M, Box has worked on Triple M, Today, and Fox FM. They’re often, but not always, paired with newcomers or those coming from other backgrounds (see above), keeping their audiences with them (see: Kyle and Jackie O). The FM stalwarts, though, have nothing on their AM counterparts: Alan Jones has been at 2GB since 2002 (a move from 2UE, where he started in 1985), and Neil Mitchell has been at 3AW since 1987.

Having a recognisable nickname is an essential part of an FM radio host’s identity. And while most of those are just your standard first- or last-name abbreviations, they can still make for a surprising entry on politicians’ media alerts and interview transcripts.

Adelaide’s Hit FM has Jodie Oddy and Mark “Soda” Soderstrom, Sydney’s Nova has Ryan “Fitzy” Fitzgerald and Michael “Wippa” Wipfli, Kent “Smallzy” Small appears nightly on Nova, and Ben “Dobbo” Dobbin shares a studio with Luke Bradnam and Libby Trickett on Triple M in Brisbane. Smallzy told MediaWeek he got his nickname because at his first station there was a bloke called Ken — too similar to his first name of Kent, so he had to pick something else which stuck.

KIIS Sydney’s Jackie O has one of the most baffling nicknames, given that her surname is Henderson and maiden name is Last. Speaking to The Sydney Morning Herald in 2007, Henderson she was given her nickname by her ex-husband and first co-host “Ugly” Phil O’Neil (whose real surname wasn’t O’Neil either) — he wanted to call her “Jackie the Phone Tart”, but they settled on Jackie O instead.

Kyle, Alan Jones the winners, while Aunty feels the pinch 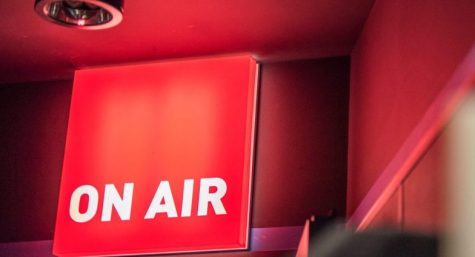 Great piece Emily, and high time someone had a look over this ‘landscape’. The only category missing from the taxonomy however was ‘newsreader’ (usually TV) who gets a spot, presumably to drag in any of their loyal followers, though admittedly they are in short supply nowadays. Breakfast radio teams appear primarily composed of either a combination of/or all of the following: footballer, comedian, woman, (TV) newsreader… and all so predictably formulaic and contrived, as to put you off your breakfast. I stopped listening years ago and can’t say it’s done me any harm at all.

The thing that drives me nuts about all these shows is the way they style their patter to try and make it come across as spontaneous off-the-cuff chatting, when we all know it was totally rehearsed earlier in the day at the production meeting, after their flunkies had gone through the morning papers picking out the topics they might be able to engineer some kind of conversation about, and then combining that with anecdotes about who the hosts and their staff might have slept/drank/threw up with in the preceeding few days…all in the hope that they can get the odd listener to phone in about it and fill up their otherwise unproductive airtime.

ABC are still copping flack from listeners of Red, may have to rethink their choices eventually, although brains don’t seem to come into decision making there of late. Still miss Jon Cleary on Sunday nights.

Good piece Emily, although it doesn’t affect me much as these days I mostly listen to ABC and just flick through until I hear something I like, usually news or local commentary and then settle for classical music while I work.
As an interesting aside and I’m aware its off topic but I’ve been looking for a quality sound bar for my new TV and to my amazement none of the suppliers (good guys, harvey norman or jb hifi) stock sound bars with FM radio. Not only that when I ask about it they look at me as if I’m stupid and say people don’t listen to the radio anymore and to use bluetooth or wifi. I don’t bother to state the obvious that if my wife takes the iPad into the back room, she takes the signal with her or the fact that I use a ‘poor man’s sonos system’ throughout the house. (The iMac in my office with a $20 FM transmitter sends a signal to any radio in the house, patio or garden at the same time, so no matter where I am I can listen to my music, I even change the programming using phone or pad – great for parties). I guess kids these days haven’t worked that out or are happy to pay thousands of dollars for a sonos system to get the same result. I’m buying my new Philips sound bar with FM online.

What type of FM transmitter?

So glad that you didn’t include the bogan brekky show in west Sydney which seems to aimed at people who move their lips when listening.
One daily segment is a Battle of the Sexes, 5 question quiz (hi, WendyH and PeteM late last century!) charmingly known as Vs versus Ds.
A recent round had, from 5, a single correct answer, not including neither of the participants (not ‘contestants’) knowing how many world wars there have been.