Border Force can’t even seem to deport a man competently

A man suddenly removed from immigration detention in New South Wales has not been heard from since being put on a flight.

Last week I lost a friend. Well, actually Border Force and Home Affairs have lost him.

I knew the extravagantly funded department of Home Affairs was incapable of detaining people humanely in Australia but it turns out they can’t even deport someone efficiently either.

Last Friday with no warning my friend H* was taken from a detention centre in Australia and sent to the country he was born in and now we can’t find him.

H had actually signed the paperwork agreeing to be deported in 2015 but it’s taken this long to have him removed from Australia. H signed because he had been in detention since 2012 and saw no other solution.

People who have agreed to return to their country of origin can still essentially languish in Australian detention centres because, for a variety of reasons, they are unable to return. H was so desperate he even got his lawyer to formally request the (then) Department of Border Force and Immigration action his removal from Australia.

Yesterday I spoke to H’s barrister Mark Seymour who had just been told by NSW Removals** that H cleared immigration in his country of origin but it turns out “clearing immigration” is a remarkably imprecise description. We don’t know if H is currently in custody or on the streets of a place he hasn’t been since he was 10 and right now we have no way of finding out.

H has not been located by his family either. They are understandably and justifiably devastated. They had no warning and were unable to see H before he was removed from the detention centre.

I keep thinking about what I do before an overseas trip. I get the right clothing and the right currency. I get my phone on a roaming plan if that is possible. I sort out a place to stay. Sometimes I buy a magazine at the airport.

I have no idea what H was allowed to pack. I have been told of detainees taken from their rooms by up to 12 guards who allow them to pack nothing.

I saw H a few weeks ago and we laughed about how he had to throw out clothes under supervision from Serco guards because his total possessions weighed more than 22 kilos. Maybe that should have alerted us something was imminent.

H wasn’t allowed to send these clothes home with his family so he asked the guards if he could donate them to a charity because the waste was nonsensical to him. We laughed at the absurdity of H trying to put a shirt on someone else’s back while he was locked up at such cost.

H has been sent to a country he is “from”, but has never lived in in his adult life. And he was forced to “send himself” there, because the country in which he was raised cancelled his permanent residence visa on character grounds.

H would have been accompanied by two armed escorts for most of the trip. I wonder what they spoke about? H is an engaging conversationalist but a significant part of me hopes he made it uncomfortable.

H has gone back to a country that is dangerous. Properly dangerous, bombs and assassinations dangerous. But H is a bit of a tough bastard, he has been in prison for a long time and is quite pragmatic and useful. He is the kind of person you would call when your car breaks down in the dark.

I keep hoping prison in Australia prepared him for where he is now. But first we would like to know exactly where he is.

I have put questions to Border Force but did not receive a response at the time of publishing.

*H has given me permission previously to name him in media reports but I decided not to for a variety of reasons. Because I can’t actually locate H right now to see if he wants to be named, I won’t this time either.

**NSW Removals is a part of Border Force rather than some detail from a David Cronenberg film. Your tax dollars paid for that bit of nomenclature.

Rebekah Holt is a journalist and psychotherapist who voluntarily visits Australian detention centres. 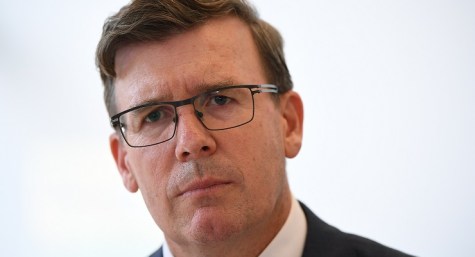 Sorry borderforce isn’t there to provide a travel agency. It seems the article contradicts itself, one moment it says borderforce can’t deport someone but then it says the person has gone to country (that’s deported by the way) and can’t be contacted.

The article says “efficiently” and the headline “competently”. If it took 3 years to get it done while H remained in detention both adverbs seem like understatement.

I’m guessing since H hadn’t been in his own country since the age of 10 that he was deported because he’d committed crimes here and done prison time for them.
You’ll excuse me if I find a more worthy subject for my limited capacity for sympathy.
Bye H. I hope the door hit you on the way out.

So much care, you have no idea what ”crimes” he committed and if he hasn’t lived in a dangerous nation since he was 10 then he committed the crimes on our watch so why a double punishment of deportation to possible death.

I’m guessing since H hadn’t been in his own country since the age of 10 that he was deported because he’d committed crimes here and done prison time for them.
You’ll excuse me if I find a more worthy subject for my limited capacity for sympathy.
Bye H. I hope the door hit you on the way out.

I can only say to Rebekah, “H” and all the other poor bastards still awaiting and suffering . . . . my tears flow.

Damn, Exposure to late respondents lack of compassion for Rebekah and “H” . . . I realized my own post might be read two ways. So to be absolutely clear. I fully support Rebekah’s concern about “H” CURRENT CIRCUMSTANCE. I am equally opposed to my government’s treatment of refugees.

Goodness me Two trolls and a double post already!
BTW Seems like Crikey’s website is still borked.
Never mind the commentariat.
FYI (can’t post replies via firefox for the last few days. Had to use chrome.) #yuk

For the last fortnight I’ve not been able to post from F/Fox at the local library, despite the Net oomph, though previously it was fine.
F/Fox is fine on my thumb driven home machine.
I’ve noticed an increase in double postings lately, as well as a handful from someone who only posts the single word ‘test’.
Then there is the non existence of REPLY for apparently random reasons to various commenters’ posts.