As Trump contends with forever-mounting pressure at home, his already feeble hold on the Middle East continues to slacken.

Donald Trump is finding that the Middle East is coming apart in his hands. The Trump cheer squad is so quiet about this, there is almost anti-noise. In the past two months, the US’ NATO allies Turkey have invaded northern Syria to crush the independent Kurdish city of Afrin, a centre of activity by the Syrian Kurdish People’s Protection Units (YPG).

The Turks say the YPG are just the Kurdistan Workers’ Party (PKK), fomenting terror inside Turkey. The YPG say they’re independent, and the Turks not only want to make Kurdish independence impossible, but also crush the self-managing “canton” system the Kurds have established. This includes their revolution in gender equality, which has women as 50% of the YPG’s forces, its commanders, and has dual mayors — male and female — for Kurdish towns, on both sides of the border.

To crush this, Turkey has simply repurposed some scattered Islamic State jihadis to attack the Kurds, along with Turkish regular troops. Russia has waved this through, despite Russo-Turkish rivalry, because the YPG had became so strongly aligned with the US (helping direct bombing campaigns from the ground, for example). The US has also waved through this takeover, which would have had the neocon hawks squawking about “American humiliation”, “Kurds like our founding fathers”, and so on, had Obama been overseeing it.

This episode of American powerlessness has been doubled down on, with the response to the Assad regime’s gas attack on Douma (yes, yes, I know there’s a small chance this is a mix of fabrication and exaggeration — but emphasis on “small”). Trump, having announced last week that the US would be out of Syria — at the same time as he was hiring neocon hawk John Bolton as his national security adviser — is now tweeting about “beautiful, smart” missile strikes. Having chastised Obama for revealing military intentions, Trump is now tweeting them out, like he was spruiking a new hotel. Either this is a further admission of limited power — another missile strike? Who gives a damn? — or a false lure, for something more serious, something which would devastate large areas of Damascus.

But, of course, the Russians have now stated that they will shoot down any missiles the US sends — which would be the first direct conflict between the Russians and the US (aside from some accidental skirmishes) since the beginning of the Cold War in 1945.

That is why some are calling it a confrontation on par with the Cuban missile crisis. The suggestion made by some that gas attacks have no distinct military value appears to be false — the terror and effectiveness of gas appears to have helped push rebel groups out of Douma. Obama’s “red line”, and Trump’s 2017 missile strike haven’t dissuaded the Assad regime from using gas. Given Russia’s presence, the US has limited scope for any escalation from missile strikes — and any such escalation might well become de facto, by losses, an act of war against Russia.

Trump’s creation of a vacuum of US action has prompted Israel to become more involved off its own bat — not out of any concern for gassed Syrian rebels and civilians, but because US withdrawal and powerlessness would embolden Iran, whose revolutionary guard forces are now far advanced into Syrian territory, hoping to ultimately link up with Hezbollah, and who have already had their emplacements bombed by Israel twice.

This is a deadly chess board that would test the most judicious of US presidents. It is far, far beyond the abilities of Donald Trump, and the de facto collegiate leadership that is running the White House. That has been disturbed by the entry of Bolton (the choice of whom appears to run against Trump’s strategic inclinations) who brings neocon ideology to what had been a more strategically prudent military triumvirate.

Enough to keep him busy during his seven-hour working day. But now he has also to contend with: the FBI/US attorney’s raid on his lawyer-consigliere Michael Cohen, which takes Mueller’s investigation to the heart of Trump-land; the announcement by speaker Paul Ryan that he will be retiring from politics, a sure sign that he believes both the House and possibly the Senate will be lost in November; and China’s cosmetic response to Trump’s tariff war, beaten up over here as “Trump’s triumph”.

Some war, some triumph. We are in that eerie interregnum: a globally dangerous situation, which we can do nothing about, and do not even feel in our bones. Yet. 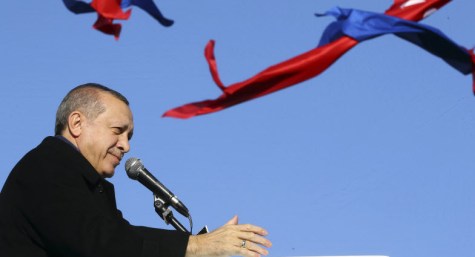 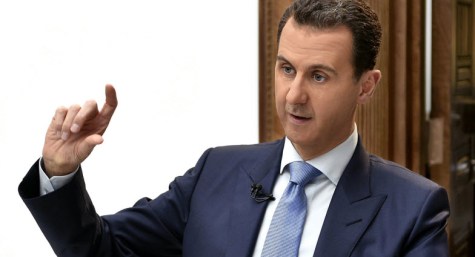 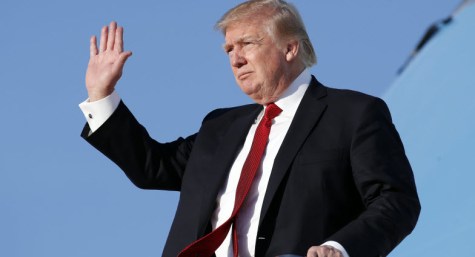 Let’s not pretend this situation has anything to do with gassed civilians or rebels (presumably you mean Islamists but failed to mention this).
This always was about regime change and geopolitical manoeuvring.
The gassing story is merely a pretext.

Thanks for a frightening and informative piece Guy.
It’s a huge irony that the Kurds among all these warmongering, male dominated groups have some semblance of gender equality and all are trying to destroy them and their independence.

It is the Turks that worry me the most, or more specifically Erdogan, who looks every inch a monstrous dictator who will gladly sacrifice his fellow citizens to maintain power, at any cost.

Syria’s Assad is a monster, but predictable at least. He will always be so.

The Kurds, well I don’t know any personally, but they seem like the good guys in all this, and far and away the most formidable of boots on the ground army. Turkey will do anything to avoid them getting any land, power, autonomy.

And Russia, and Trump, and the opportunist Iranians and Israel. What could go wrong.

Time to build that bunker.

A bunker won’t save you in the coming years

Seriously, why does a mired American nation continue to embrace an interventionist, line-umpire role in the Middle Eastern cauldron? The days of great Empires seeking wealth, power and status via subjugation of hapless smaller nations now well past use-by-dates. The Globe has revolved many, many times. Why not leave to mid tier Russia/Turkey/Iran/Israel; the quagmire of the Middle East to splash around in? If one or another truly believes there is still glory in the inevitable entrapment; so be it.

American focus surely, must be to negotiate an acceptable, balanced relationship with China. China will continue to pursue, reclaim an historical heritage. The American challenge is to transition. Renew, repair the severely frayed social fabric that if left untended will surely destroy both past, present and future claims to world leadership. China as a competitive ally is infinitely more productive than foe. The American hegemonic powerhouse is no longer sustainable.

The world knows this. China believes this. The world’s peoples await evidence that America accepts transition. American military dominance is a reality. Use of force to deny change or renewal, unacceptable.

Part of the answer lies (I think) in the particularly American deceit that they are adept at controlling foreign interventions. Thinking back, the US’s only really successful operation in this regard since WWII was the invasion of Grenada. And that was a tiny little island with a mostly single majority ethnic community. Everything the Americans touch seems to turn to sludge, mainly because they only have a sledge hammer in the toolkit and therefore lack finesse, both military and political.

Lastly, they confuse American domestic self-interest with that of the local political, religious, national, economic interests or regional realities.

The NY Times published an unconfirmed quote by Trump back in 2016. During a private briefing on the US nuclear arsenal he inquired – three times – “If we have them, why can’t we use them?”

Trump sees a nuclear warhead as ‘checkmate’ in global politics – after all, it brought WWII to an abrupt end. But what further hell may have occurred had Japan also had nuclear weapons. Unlike in 1945, the USA no longer holds all the cards, to date their reputation as a successful military superpower is vested in the destruction of Hiroshima & Nagasaki. A reputation which is overblown as the USA has been a dud force in every war waged since, a long string of embarrassing and expensive losses. Trump foolishly & naively imagines his next book will be ‘The Art of the Win’.

It is a matter of some contention that the bombing of Hiroshima and Nagasaki had anything to do with ending the war. Paul Ham in his book ‘Hiroshima’ looks at the Japanese government cabinet papers at the time of the bombings. It seems that the maniacs in charge did not care a jot about the suffering of the people. It is more likely as Ham suggests, that it was the declaration of war upon Japan by the Russians that forced their hand. The Japanese government felt that the Russians would be less sympathetic toward their (war criminal) emperor than would the Americans.