The on-field actions of players created a crisis for Cricket Australia, but its own mishandling of the affair added to an unfolding debacle.

The thing about cricket is one minute you’re the attack team, the next you’re in defence. Each stage of the game requires appropriate tactics. It’s pretty much the same when it comes to media management. You need to know the rules and you need a game plan.

Cricket Australia has a serious problem on its hands right now. But one of the biggest lessons it needs to learn is how to deal with a crisis, especially when it comes to handling the media.

The most important lesson of media management 101 is to determine the facts, take control and get your message straight. This is where CA went wrong from the start. Apparently there was nobody of any seniority on tour with the team. They had to scramble to get people on planes and over to South Africa just to work out what the hell had happened. Not a good start.

Coaches are, after all, just players who’ve moved on. They are there because they know how to run a training session and for their knowledge of on-field tactics. When a team loses a game, or worse still has a bad season, it’s usually put down to one of two factors: the team wasn’t good enough, or the coach wasn’t up to the task. Coaches, for obvious reasons, tend to blame the players. So the last person you need in charge when a crisis hits, as it did last week for CA, is the coach.

When it comes to determining the basic facts, this case was a clean bowl. The television pictures said it all. Cameron Bancroft was clearly guilty of ball tampering and should have been on a plane by the time stumps were called. Working out who else was involved was always going to be more difficult, but when other players fessed up they too should have been sent home immediately. CA needed to move fast in order to look like it was in control and understood the gravity of the situation.

This shameful incident will affect Australia’s international reputation and for that reason every one of us is entitled to be very cranky — not just with what Bancroft did but mostly for the inept way in which CA failed to act effectively to manage this crisis. For years to come, world travel for Australians will involve tolerating jokes, and worse, about being from a nation of cheats.

If things looked messy over in Johannesburg, they positively unravelled when the players involved arrived home. Media management 101, lesson two: if you invite journalists to a news conference you can’t expect to control the questioning. Ask any politician on the back foot about that. So what was CA thinking when it forced, or allowed, players to front the media fresh off a long plane trip?

Presumably, as employees or contractors the players are bound by a formal agreement that governs their right to make public comments? If this is not the case, CA needs to get better lawyers.

Having created this crisis with their ill-advised actions Smith, Warner and Bancroft have seemingly gone rogue again in the media. Each, it seems to me, was allowed to present a version of things, along with their thoughts and feelings, designed to help themselves – or so they presumably thought.

When rock stars and criminals fly into Sydney airport they are routinely whisked out a back entrance and only appear in public when they and their handlers are ready. CA should have done this in order to protect its own position and the reputation of the sport. From a duty-of-care perspective, it would probably have been the right thing to do for the players too.

Sport is one of the few businesses where a group of employees makes a mistake and management isn’t ultimately held accountable. These guys were hired because they can play cricket. Not because they are necessarily great thinkers or master strategists.

Leadership is about taking a bow when everything goes well. It’s also about taking the heat when things go wrong. Right now we have no idea what the bosses at CA really think about this affair, beyond a few gasps in horror, much less what they plan to do in response. There was no sign of CA executives on the ABC’s special broadcast last night.

Media management 101, final lesson: get a strategy and act decisively to minimise the damage. No sign of that either.

Laurie Patton is a former journalist and executive in charge of news and current affairs at the Seven television network. 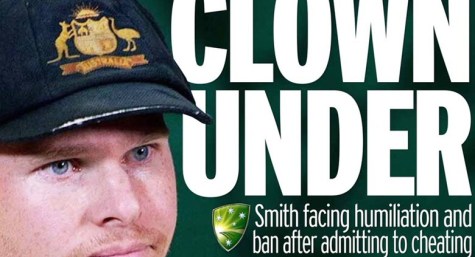 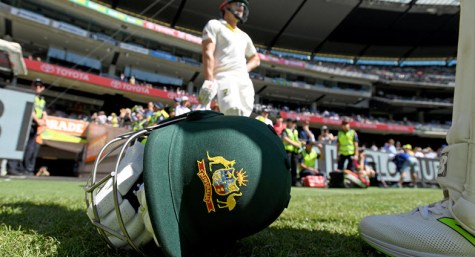 Agree with the comment about the duty of care aspect of the players being put in front of the media.
The punishments seem over the top too – an example of CA trying to protect themselves, sponsorships & media contracts with no regard for the players’ futures.

Everybody knew it would happen. The forgive and forget brigade are at it already saying the punishment handed out to Smith and Warner is too harsh.
Lets just forget about it they saying. After all its only just a piece of sandpaper. Hardly worth all the trouble.
There is no doubt now that the ACB and its sorry band of followers will quickly sweep this scandal under the carpet. They will do everything within their power to get these disgraced cricketers back into the game and onto the field
The ACB should hang their heads in shame. They are worse than the cricketers.

James Sutherland is to be condemned, and should be sacked. He has form with being totally disinterested and ineffectual, I for one remember his lack of support for Andrew Symons and Ricky Ponting in India a few years ago. Disgraceful.

It was shameful that the players were fronted up to the media without an official to call on reporters, rule questions out for the time being, etc. The team must travel with masseurs, physios, even a doctor as well as the specialist coaches. How about a media expert, eh? S/he could have intervened with all the insults to the Warners earlier, spirit of the game, blah, blah, play the game on the field, etc. But, no comment was forth coming when and where it was needed. And hey, PS it’s a game.