Meet the publishers ripping up the Australian media playbook

What's a defamation suit worth when you have nothing to lose? In this four-part series we meet some of the Australian journalists massively disrupting the mainstream.

When The Daily Telegraph splashed a photo of Barnaby Joyce’s pregnant partner on its front page with an “exclusive” tag, there were some journalists who raised their eyebrows. According to the Tele and the reporter Sharri Markson, the story was just a “rumour” until they confirmed it. But it wasn’t just a story floating around the press gallery and on social media. Some news websites outside the mainstream had published the story dismissed as rumour months earlier.

Serkan Ozturk’s True Crime News Weekly published a story reporting Joyce having an affair with a staffer around the same time The Daily Telegraph was still skirting around the details, and Independent Australia followed up by sending a journalist to Tamworth to investigate. In October, Markson wrote a vague story about a crisis in Joyce’s personal life. But where the Tele avoided details, the other outlets were pretty specific.

And while the mainstream consensus was that those early reports were not the result of legitimate journalism, the authors would disagree.

Ozturk told Crikey his site fills an important gap by publishing stories that the mainstream media won’t — whether it’s for commercial or ideological reasons. “They’re important stories … there’s a gap where people feel like the mainstream’s ignoring them, and that’s why we exist,” he said. 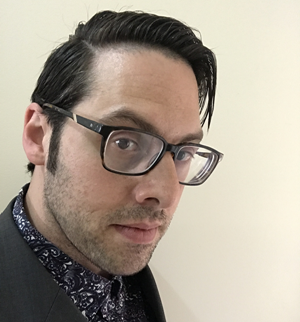 IA editor David Donovan saw Ozturk’s story and assigned a journalist to cover the story for his website.

“We had also read the True Crime News Weekly story the previous month on that topic and noted Barnaby Joyce had not taken any legal action,” he said. “We felt it was in the public interest.” Donovan said he wasn’t particularly interested in the affair or a baby out of wedlock, but the sexual harassment allegations were worth investigating.

The affair has brought us back to the recurring question of what a journalist is, when all you need to be a publisher — which Ozturk considers himself — is an internet connection. But where the legacy media for the most part publishes with defamation law in mind, and adheres to court suppression orders, this isn’t always the case with the online players. Shane Dowling runs Kangaroo Court of Australia, mostly covering what he says is widespread corruption in the judicial system, and last year was jailed for four months for ignoring suppression orders related to the Tim Worner/Amber Harrison affair.

And where mainstream media had steered away from covering politicians’ private lives in the past, defamation lawyer Matt Collins QC said once a story has been published by outlets without regard for those unwritten guidelines, there’s more incentive for the mainstream media to publish something they wouldn’t have previously.

“There can be a bit of a race to the bottom,” he said. “For a long time in Australia the mainstream media, for sane and responsible reasons, has treated particular matters as no-go areas. But with the internet, anyone with a computer and internet connection can connect people with information. Do you stick by your previous position, or do you risk being marked down by your readers for not reporting something that everyone else is reporting?”

Collins said that the rise of social media and the ability of anyone with a computer and an internet connection to publish had exposed fault lines in defamation law (as well as other areas of the law). Ozturk, for example, told Crikey he’d received about 10 defamation concerns notices in the 18 months of publishing, only one of which he had observed by taking the article down.

“People’s lives can be devastated by things published online and our legal system does not provide a quick effective cheap means of redress,” Collins said. “It’s an incredibly difficult area.”

He said that while the damage done on the internet was permanent, it was also “easy to overstate” the impact sites with low traffic numbers such as Ozturk’s have on one’s reputation.

“Being defamed on (blogs or very small news websites) is unlikely to have the same consequences as being defamed in The Daily Telegraph or Sydney Morning Herald. For that reason the best course of action is to take no action because you risk making it worse by poking the bear.”

It was a defamation case that notoriously brought down US gossip site Gawker, when it was sued by Hulk Hogan. But that doesn’t worry Ozturk, who cites Gawker as one of his inspirations. “They can’t threaten me, I don’t own a car or house. What are you going to take from me?” he said. “That’s what gives me a bit of strength, to be honest.”

This is the first of a four-part series; the second will be published tomorrow. 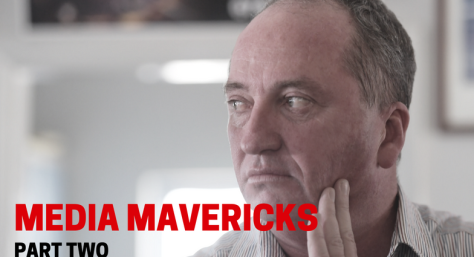 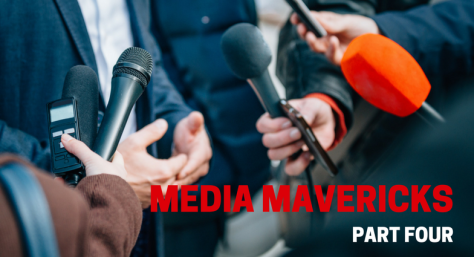 ‘I didn’t go into journalism to make friends, and I have succeeded’: Independent Australia

Clearly it was well known about barnaby’s affair before the New England bielection, but there would have been no way that News would have printed it then, though what excuses the rest of the msm is an unexplained mystery.

Has anyone ever noticed there is never any salacious smut published about the much married Rupert Murdoch. I’m sure Sharri Markson could do an article on this.

Nobody, including his fervid supporters, does not know that Trump is a repellent sleezeball.
Similarly, the voters of New England knew perfectly well about Barnyard’s personal probity & integrity before the recent by election.
The point being they jus’ doan give a flying.