What would Jesus do (about tax)? … Nine locked out of Commonwealth Games … Fake News network …

Some media commentators tried their best to shoehorn Jesus into unlikely news stories for Easter. Plus, other media tidbits from the day.

What would Jesus do (about tax)? The Easter holiday period delivered some confusing attempts to shoehorn the festival into news coverage. In The Sydney Morning Herald, Ross Gittins’ comment piece in yesterday’s edition was helpfully headlined “What would Jesus do about tax and government spending?”. 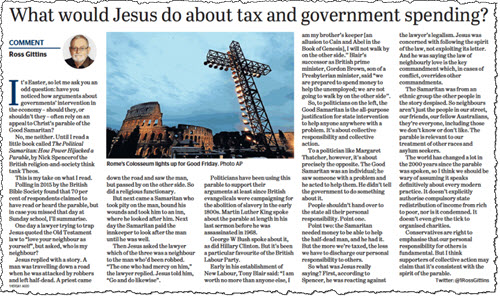 Over at the Australian Financial Review, the long weekend edition spruiked Catholic Archbishop of Sydney Anthony Fisher’s op-ed about trust by pulling out a reference to Jesus as responsible for the first banking royal commission.

And, of course, the temptation to compare Australian cricket captain Steve Smith with Jesus Christ himself was too much for former Catholic seminarian (and Nine’s political editor) Chris Uhlmann, and 2GB shock jock Alan Jones. 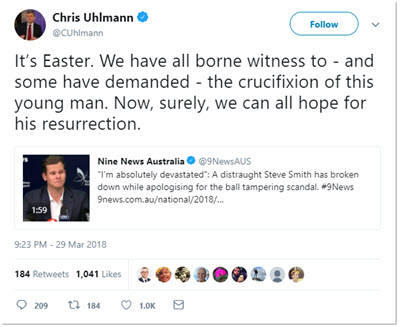 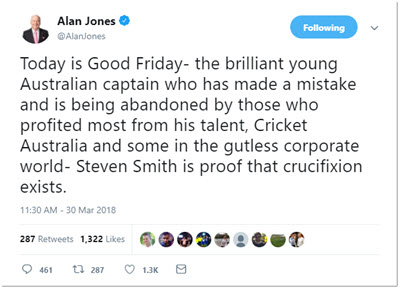 Nine locked out of Commonwealth Games. Nine’s media accreditation for the Commonwealth Games has been suspended after it broadcast behind-the-scenes footage of opening ceremony preparations in Sunday night’s news bulletin.

A Nine spokesman said the footage was broadcast in error. “We are in discussions with the Commonwealth Games authorities to restore our accreditation and hope to have the situation resolved as soon as possible,” he said.

Fake news promos. American TV network Sinclair Broadcasting Group has come under fire for a promotion it had its anchors read about bias in news and fake news being “extremely dangerous to our democracy”. The network, which owns more than 170 TV stations in the US, has come under repeated criticism for pushing a pro-Trump agenda, with this latest promo echoing some of his language about the mainstream media. Sinclair has rejected this claim, saying it was an initiative focussed on “fair and objective reporting”.

The story has gathered pace over the weekend after Deadspin posted a video compilation of news anchors reading the promo from the same script. 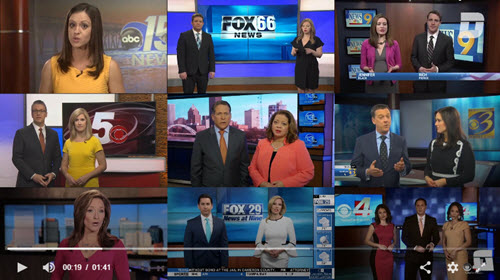 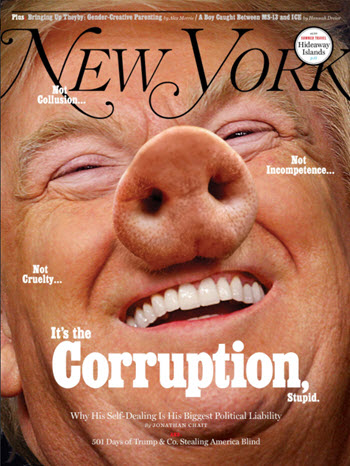 Glenn Dyer’s TV Ratings. Nine won Sunday night from Seven, the ABC and then a weak Ten. Last night Seven and Nine almost tied in total people (Seven was 0.1% ahead), but Nine easily won the main channels. Ten was third ahead of the ABC which didn’t have its usual Monday line up of Four Corners, Australian Story, Media Watch and Q&A. Caught Out, a 40 minute mini-doco on the cricket ball tampering story filled in for 7.30. Bachelor in Paradise on Ten averaged 877,000 last night and failed to beat Caught Out which got 953,000 and deserved more. Seven’s burial of Australian Spartan was completed last night (771,000), while Young Sheldon (1.417 million nationally) was down 161,000 from its debut last week, and the fresh episode of The Big Bang Theory (1.20 million) was down 277,000 from a week ago.

Caught Out was the 10th most watched program nationally last night. It was a story that Nine could have done easily, if it had the guts to. But of course Nine is conflicted by its string of cricket commentator dinosaurs, many of whom have contributed to the culture and other problems of Australian cricket over the years.

Freebies and scents: how newspapers try to lure you in to buy a copy

Jesus Wept. That’s what He did.
Virginia, Queens Park

I think he laid about the money changers in the temple, which has considerable merit.

Alan Jones should keep to Rugby Union. Smith is not a brilliant captain. Indeed the last brilliant captain in my view was Taylor, though he had good tactical backup. Since then the captains have been too ready to rely on the bowlers and bad mouthing. The coaching has been poor in terms of the development of young players (remove HP manager) and the attitude of CA has been to ignore grass roots cricket, pay a lot to pampered darlings in some cases who only score when under threat of axing. Remove coach and CEO. Lehmann has done the right thing, but CEO Sutherland and high performance manager have presided over a debacle and are part of the problem. I love the game, but I’d cheer at the crucifixion of the hierarchy. I think Smith deserves a way back as does Bancroft. Warner has been a serial twerp for years. But none of them can come near the captaincy. BUT the signal must be given.

On the TV ratings- it continues to amaze me that Seven has one of the most popular shows in the world with Big Bang and then practically hides new episodes. You never know when new episodes are going to air and when it’s just the same old repeats unless you;re watching Seven religiously to see promos for a new episode that week (and who is watching Seven that closely?)

A number of big US shows tend to get treated that way. My family is forever having to use the catchup services because we weren’t aware of the return of a show, or new episodes of a show. But they can find time to make people watch endless promos of shows like Australian Spartan….