Politicians should shut up about the integrity of sport. How would they handle the ball-tampering controversy?

Federal politicians, as we all know, don’t have to worry about a federal integrity commission. They can behave in all sorts of scandalous ways without having to worry about being investigated. So it was very much an exercise in pot-kettle chromatic dynamics for Malcolm Turnbull and his current sports minister (they seem to change weekly in this government) to have a crack at the Australian cricket team yesterday.

But what if Steve Smith and Cameron Bancroft had been operating in a political environment? After all, political journalists are always reaching for a sporting metaphor in their coverage. We wouldn’t have had the sight of Cricket Australia’s James Sutherland coming out at lunchtime yesterday to mumble about “process” and “investigations” before wilting in the white heat of a social media backlash and suspending the captain by dinner time. Oh no.

Instead, there’d be an initial refusal to answer questions. Steve Smith would have referred inquiries to the team’s media person. They would have politely asked journalists to email inquiries about ball-tampering, then binned the emails. Once that failed, there’d be a statement asserting that at all times the players had complied with the relevant rules and that they were focused on the real issue of beating South Africa, which is what is important to cricket fans.

As the pressure built, Smith would declare that he had nothing to add to his previous answers in which he’d fully addressed those questions and that he wouldn’t be distracted from what was really important. Cricket fans aren’t interested in this sort of thing, he’d primly declare. Pressed, he’d note that the opposition did exactly the same thing when they were bowling. “Does anyone have any questions about cricket?”

By this stage, media commentators would be weighing in. Supporters of the team would be savaging “elite” journalists and “snowflake” critics of the team for being out of touch with the views of ordinary Australians. Accusations of “witch hunts” and a lack of patriotism might get a mention. Whose side are these journalists really on?!

A senior Cricket Australia official — mooted as the next CEO — might weigh in to suggest that critics of the Australian team “are dead to me”. He, too, is focused on the real issue: getting some quality white South African players to Australia to help bolster our cricket stocks. Other countries, in contrast, would call for a royal commission, while the leading minor cricket nation would announce a new ball-tampering policy “because the major nations simply refuse to confront this problem.” The politics editor of a small online media outlet would write a piece on how “the real issue here is the structural problem around the neoliberal economics of ball-making”.

The story wouldn’t go away. Smith would finally front the media and apologise, saying that while he acted within the letter of the law, his conduct wasn’t fully consistent with the spirit of the law and “if anyone is offended” he was genuinely sorry. Social media would go into meltdown (yet again). Supportive journalists would write the first of tens of thousands of words on how the South African team had done exactly the same and worse on various occasions. But there’d be a new round of stories about how ball-tampering by the Australians had occurred on a number of other occasions.

As the headlines continued, Cricket Australia would finally announce its own “independent inquiry” to be undertaken by “an eminent former cricket figure” and that it would be taking no action until it had fully assessed the outcome of that inquiry. The words of Cricket Australia executives would be carefully parsed for meaning. Anonymous sources would say the “beleaguered” Smith had to go.

And finally, inevitably, we would reach the climax of the whole process: Cricket Australia would express “full confidence” in Smith. That would be the signal that he’d been told to quietly go into the nets and face the bowling machine cranked up to full, without a bat or pads. His resignation would follow soon afterward, perhaps with some “personal leave to consider his position”.

Thank goodness that sort of silliness would never actually happen. 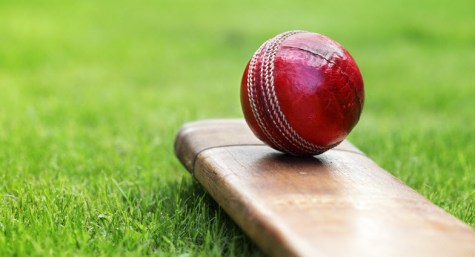 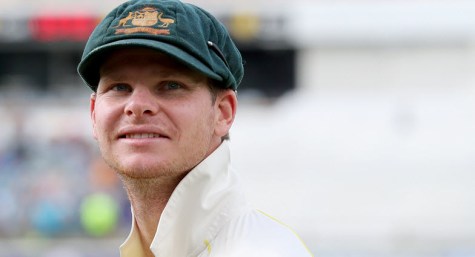 The smug, self satisfied outrage of the “Cricket Club” is nothing if not comedic. As for Malcolm Turnbull rabbitting on re: how Australians regard sporting heroes as superior beings-as cult leaders, if you wish. Tripe. If Australians can turn a blind eye to our concentration camps in the north, our egregious politicians, our overseas conglomerates who pay no tax, the lies, the insulting and patronising attitude of those who lead us, then they can turn a blind eye to cheating at cricket. It is especially rich to hear Malcolm Turnbull’s comments. Turnbull who is possibly the least moral and greatest liar in Australian history, does a fine line in hypocrisy.

‘His resignation would follow soon afterward, perhaps with some “personal leave to consider his position”.’

Surely it would be to “spend more time with his family”.

Otherwise, on all counts, this piece is spot on.

There’s always “gardening leave”, a’la Quaedvlieg or, as with so many pollies who’ve flown too close to the Sunking, “to spend more time with his wallet”.

I seem to recall that some years ago a Chappell bowled the final ball of an over underarm on the instructions of his brother to prevent any possibility of a New Zealand victory. What sanctions were applied then? Face it, an Australian team will cheat if it thinks it will get away with it. Smith is just the latest example.

The underarm bowl was within the rules of the game – albeit regarded as unsporting.

The ball tampering is outright cheating.

The two incidents were examples, not stated as sole examples. Underarm may well have been within the rules of the game, but that is hardly the point. In the 150 years or so of test cricket is there a single other example of underarm being deployed in the last ball of the match to defeat the slim possibility of a victory to the opposing side? No, for the very good reason that it is a game. Why should NZers get over it? It perfectly illustrates the difference between the two countries.

My grapevine tells me that the entire Australian Cricket team will be standing for preselection as LNP candidates at the next election.