‘Progressives need to have a hard look at themselves’: Sally Potter

While its timing may have been purely providential, The Party is the perfect film for the modern political landscape.

Sally Potter has been producing little treasures for nearly three decades — the kind of films that might quietly change your life through some chance encounter late at night on SBS, or at a video store. Completely distinct, stridently political, strikingly unconventional.

The sumptuous Orlando (1992), adapted from Virginia Woolf’s novel, sprawls luxuriously across centuries and has a young, otherworldly Tilda Swinton switching genders midway through; The Tango Lesson (1997) is a charged, meta, quasi-musical (Potter herself stars and dances beautifully); while the haunting war-on-terror love story, Yes (2005), is spoken entirely in Shakespearean iambic pentameter.

Now she returns with The Party, a short, blackly hilarious chamber piece, and maybe her most straightforward effort yet. Shot in crisp, chilly black and white, and unfolding in real time over an increasingly fraught hour, it centres on a group of friends who gather at Janet (Kristen Scott-Thomas)’s house, ostensibly to celebrate her ascension to shadow health minister in an unspecified (but we can guess) British party.

Focusing as it does on progressive people whose personal, political and institutional assumptions crumble around them, The Party seems strikingly topical. But writing was finished well before Brexit — the result of which was delivered during production — or the election of Donald Trump.

“I didn’t think the Brexit referendum would go the way it did, but of course we know these political events don’t come out of nowhere. They come from things that have been festering for a long time,” Potter told Crikey. “I wanted to look at the aversion to telling the truth that was afflicting politicians at the time, the reliance on spin, and I had a sense that that aversion ends up in some pretty dark places.”

The Party lands at a time when no film escapes a political reading, though Potter says — with some amused vindication — she’s “someone who’s always been told they’re too political, too radical, too serious”. Indeed, running through the film is the decay of untended things — be they principles, relationships or health. However, it would be a mistake to read any glee in The Party at recent upheavals and the shake up of progressive assumptions they represent.

“No, I would much rather politicians use our resources well and save the environment and provide people with equal pay,” Potter says. “The departure from that kind of progress is a cause of great sadness for me. Which is also true of the characters in the film — these are idealistic people who have been doing their best. They’ve gone to protests and tried to effect change, and the film focuses on their disappointments. Society is in a wounded state, these are wounded people. But then again, people being forced to tell the truth about and to themselves is always a good thing.”

She pauses, and with a breath of laughter says, “which makes it all sound very serious.”

The Party deals with some heavy topics , but with its cut glass wit and relentless pace, it’s incredibly funny, and never feels heavy-handed — “It’s entertainment about the most important issues in the world to me,” she says — and despite the single location and dialogue, like all Potter’s work, it’s very cinematic.

“I never thought of it as a play, and what gives it life is the camera — I’ve always felt the camera can have a forensic intimacy,” Potter says. “We can go 360 degrees, really examine the faces, the bodies of these masterful actors.”

And, for all its weighty topics and rhetorical force, Potter’s primary interest with The Party is making people laugh.

“It’s entertainment, a snapshot of a historical moment; people on the left or who think of themselves as progressive need to have a hard look at themselves and how they will respond to the current situation. If the film can provide a moment of rest and entertainment on this very difficult path, I’ll be happy.”

The Party is in select cinemas from March 28. 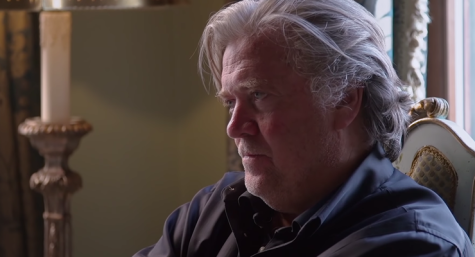 Harry Potter and the Deathly Hallows Part 1: a Pott-estrian near death experience