Among the variously salacious, considered and tangential coverage of James Packer’s resignation from Crown for mental health reasons, there was one piece so tawdry that it rankled even veteran paparrazo Jamie Fawcett.

As Packer’s mother Roslyn was preparing to fly out of Sydney airport to be with her son, she was followed by a camera, questioned and filmed as she was pushed in a Qantas wheelchair through the airport, with daughter Gretel at her side. 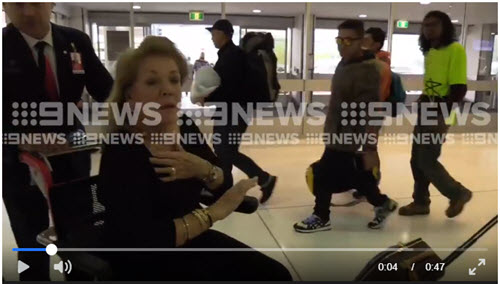 “I’m a paparazzi and I wouldn’t have gone there even if I had got the info,” Fawcett told Crikey. “When we first heard he was stepping down, people were running around trying to find out where he was, if he was in rehab. But when somebody reaches out and says ‘mental illness’, you back off.”

Fawcett said that even though none of the Packer family had specifically asked for privacy, it should be obvious to the press that they should give the family a break.

“I’ve chased Packer a lot. I’ve photographed him with his girlfriends. I’ve been photographing Ros for over 30 years. But there’s a time to back off, and now’s the time,” he said.

Fawcett also questioned how the photographer knew the flight details, referencing revelations earlier this year that paparazzi had access to flight manifestos in order to track down and photograph celebrities. A Qantas spokeswoman said in a statement: “The confidentiality and security of any passenger information is paramount. It’s a responsibility we and our suppliers take very seriously. If breaches are reported to us, we will immediately act upon them including referring them to the authorities.”

“Ros’s network is so tight, and she’s not a celebrity. These aren’t people who are craving publicity. No one’s asking for privacy, but come on,” Fawcett said.

Yesterday, Marc Bryant, program manager for Everymind, which manages the Mindframe initiative, told Crikey that the media should be wary of how they approach family and carers in cases like the Packers’, especially after the initial story has been covered.

“We hope the media, like they have when they’ve covered other well known figures, there’s a time when it’s time to turn the media lens away to allow them time to recover, both for the figure and their friends and carers,” he said.

Nine, which published the video yesterday afternoon, did not respond to Crikey’s request for comment before deadline.

NSW fails to force Packer to sell down Crown. Will Victoria and WA step up?

There’s a certain amount of irony, given the magazines Packer owned and the current affairs show on the network he owned, to making billionaire Packer the poster boy for invasion of privacy and reporting on alleged mental health issues.

To paraphrase, “those who live, extremely well, by barrels of ink or whatever pixels come in, die by the aforesaid.”
That said, Roz would have a case of common assault were what was film to have occurred in this country.

Lol. Imagine for just a moment how many people the Packer family’s magazines, former TV network and Casinos have driven to suicide.
I have not an ounce of sympathy for the entire clan

F*ck off! How many lives have those mongrels trod underfoot?
I have no interest in the paparazzi’s sordid trade or its results, but what the f*ck is Crikey doing writing a sob story about these vultures?
Give away the riches they’ve made from their disgraceful antics over the years and I’d have some sympathy for them.
Until then, let’s have sympathy for the poor and vulnerable, for whom life in the lens will change not one iota if the Packers and their ilk think there’s money to be made from it.

I know that I’m late nut – exactly the same privacy, respect and dignity that the former Packer press and Channel 9 gave everyone else.