Packer’s shock resignation and the pitfalls of mental health reporting

Packer's life will always draw interest but how does the Australian press tread the balance?

When James Packer announced yesterday he was stepping down as director of Crown Resorts for mental health reasons, news outlets started pumping out backgrounders and timelines of his life and times.

And the newspapers today have extensive coverage, with much of it by the book when it comes to mental health reporting.

The Australian and The Australian Financial Review ran stories on their front pages, and The Daily Telegraph and The Age both had pointers to inside stories on their covers. Many of the stories included comments or observations from “friends” or associates on Packer’s recent mental health, including one from The Sydney Morning Herald. The News Corp papers have published on their websites an opinion piece from former federal MP Andrew Robb.

But some of the most interesting detail comes from the Fin‘s Aaron Patrick, who was writing a now-dropped book on Packer and was tasked by the paper to write this feature. In it, Patrick quotes from an email Packer sent when a journalist asked about his mental health last year, and writes: “When I wrote to Packer last November telling him that friends were concerned about his mental health, he threatened to sue me if I went ahead with the book. He accused me of acting with malice, a legal designation that leaves journalists and their publishers open to aggravated damages in defamation lawsuits.”

Marc Bryant is program manager for Everymind, which manages the Mindframe initiative, and told Crikey that overall the coverage he’d seen so far of Packer’s announcement had been within mental health reporting guidelines, and was probably helpful.

“We don’t tell the media what is in the public interest, but the fact that he’s James Packer and a public figure means that it probably will be reported. It’s important that we talk about these things, but that doesn’t meant he’s fair game for stimatisation” he said. “That message of, he’s had some tough times over the years, and now he’s taking a step back, he’s got to be commended for having an open discussion.”

Bryant said having a discussion about people, and in particular, men, dealing with mental health issues in the media was important for reducing stigma. But he said after the initial coverage, it would be important for the media to step back and allow Packer and his support network to recover.

“We hope the media, like they have when they’ve covered other well known figures, there’s a time when it’s time to turn the media lens away to allow them time to recover, both for the figure and their friends and carers,” he said. “In the coming days, it’s important that the media when they’re interviewing various people that know or interacted with Mr Packer, that they’re not inadvertently linking other behaviours with their work.”

Bryant said coverage of AFL footballer Buddy Franklin taking time off for his mental health had been really good, and was helpful in demonstrating that it was normal to seek help.

Mindframe will monitor coverage over the next few days, and Bryant said any examples of stigmatisation should be reported to Stigma Watch.

NOTE: This story has been updated to correct a reference to Aaron Patrick’s book. 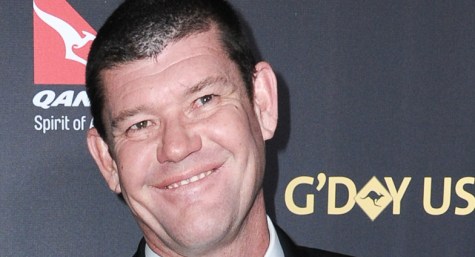 Media obsesses over Packer deal, but the Oz scoops them all

Don’t misunderstand me please..
I have nothing but compassion for people with anxiety and depression etc.
But getting off his great big boat and getting his hands dirty spreading his do$$$h about as indicated (or otherwise) will be an amazing benefit for him.
If some of us can contribute up to 10% of our gross to charity, I am sure he can contribute the same % or more.. Whatever the tax lawyers might suggest. Ba$$tard$$..

Surely growing up under a Hancock, a Packer, or a Murdoch is a damaging experience. There seems to be a lot of pressure to build on the achievements of the previous generation, and the kids turn out peculiar: the only man Gina Rinehart ever loved was Lang; Kerry seems to be disapproving of James from beyond the grave, and Rupert still is trying to show Sir Keith that he was good enough to run the family business.
No wonder Gina’s kids hate her, James has broken under the strain, and Rupert ignores his competent daughter and shifts his favourable treatment between the two sons.

That seems a fair assessment of a malign group.
Especially the mudorc’s ludicrous treatment of his daughter Elisabeth, who is orders of magnitude smarter than her brothers put together, or multiplied.