Tele‘s Triggs attack breached standards. Two stories in The Daily Telegraph attacking former Human Rights Commission president Gillian Triggs for speaking at a Bob Brown Foundation event have breached Australian Press Council standards. In an adjudication published today, the council found that the two articles, including an opinion piece by political reporter Sharri Markson, was misleading in implying the event was a Greens party fundraiser. Further, the Tele didn’t publish a correction, did not offer Bob Brown (who made the complaint) an opportunity to respond to claims it published, and was not fair and balanced.

For its part, the Tele has defended its stories in an editorial today, saying it was “a hard decision to understand, to say the least”. It warned the Press Council against being “captured by sectional interests in our community”: “Like the media organisations it oversees, it must be held to the highest standards, and its determinations should not be subject to ridicule … In this case, finding that Bob Brown, a man who is synonymous with the Greens cause, is not aligned to the Greens is simply absurd.”

Seven blocks out Sunrise protesters. Sunrise has blocked out protesters this morning in Martin Place, drawing the curtains and instead appearing to run file footage of the usual glimpse into the Sydney CBD street, NITV reports. The group was protesting Sunrise‘s all-white panel on Tuesday this week that discussed removing Indigenous children from their families, including a suggestion that the Stolen Generations had been justified.

In a statement, a Seven spokesman said: “We respect the right to protest as much as we respect the right of free speech. Some of the group were holding offensive signage, and some began banging on the window and mouthing obscenities. To ensure regulatory compliance, and bearing in mind the potential for young children to be watching at that hour, the decision was made to utilise a generic backdrop.”

Clickbait, Australian-style. Only The Australian would dress up a syndicated news story by adding a bit of “political correctness” to the mix. Take the way the Oz headlined this story from The Times, compared to its original treatment. 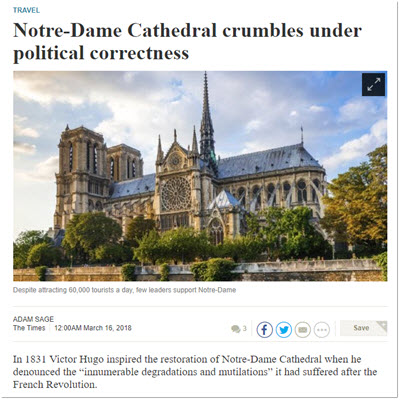 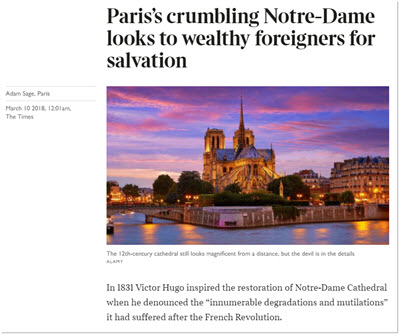 Fairfax cuts. Fairfax’s suburban and regional newspaper arm has cut four of its group editors in a restructure, Mumbrella reports. In a memo to staff, Australian Community Media editorial director Rod Quinn said the groups were being consolidated, and four editors would be leaving. “It is important to note that while four of our managing editors will now have larger regions to oversee, the focus of our newsrooms on delivering local journalism for audiences online and in print continues as normal,” he said.

IHeartRadio goes under. America’s biggest radio network, IHeartMedia Inc (formerly Clear Channel Communications) has gone bust owning more than US$20 billion as once again the private equity model of ownership with its high debt recipe is exposed as a sham. IHeart (which controls 849 radio stations across the US) filed for Chapter 11 bankruptcy on Thursday reaching an in-principle agreement with creditors to more than halve the US$20 billion in debt. IHeart will restructure its itself and balance sheet by transferring 94% of its shares to the lenders.

The company was trapped with billions of dollars in high-cost debt as interest rates plunged to record lows after the GFC. The smartphone revolution was taking off, and the rise of Facebook and Google sucked up the majority of mobile ad spending in recent years, and an increasing amount of display ad taken from linear media by Google. And to top it all off, the steady growth in streaming music services has turned into a tidal wave through the rise of Spotify, Apple Music and Pandora. All of these technologies have drained listeners, revenues and cash flows from IHeart and the private equity owners had no answer, except in the end to collapse the company, force their investors to shoulder a multibillion-dollar loss and hand the money to the lenders.

IHeartMedia is the parent company of IHeart Radio, which is a streaming partner for Australia’s ARN, but CEO Rob Atkinson told Mumbrella the bankruptcy was unlikely to affect their current licensing arrangement, and IHeart Radio Australia would continue to operate as usual. — Glenn Dyer

Glenn Dyer TV Ratings. My Kitchen Rules (1.43 million nationally) finally did the job for Seven and gave the network a second winning night this week. In fact MKR helped Seven to an easy win over Nine whose NRL game of the week continues to do OK in Sydney and Brisbane (and their regional markets) but nowhere else.

The ABC and Ten tied in the main channels, despite Ten having the popular Gogglebox Australia (797,000 nationally) in its line up. Ten pipped the ABC overall into third — 17.% to 17.3% but both shared the main channels with 12.1%. Nine’s NRL game — Cronulla v St George (won by the mighty Dragons for their second win in a row to start the season) was watched by a total of 726,000 on Nine and its gem channel nationally. A further 233,000 watched the game on Foxtel.

NOTE: This post has been updated to include the Daily Telegraph‘s response to the Australian Press Council’s adjudication. 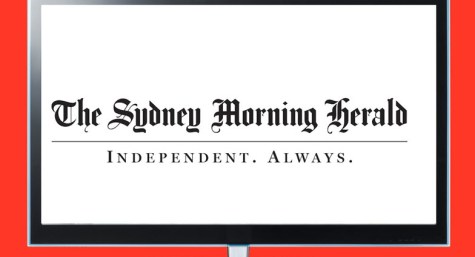