White farmers in South Africa have been pretty bemused by Peter Dutton's recent comments. Here's why.

Immigration Minister Peter Dutton’s sudden interest in the plight of white South African farmers is nothing more than an exercise in shoring up hard-right voters. It is clear from Dutton’s statements on the issue — of a recent move by the South African Parliament to recommend an amendment to that nation’s constitution to allow for expropriation of agricultural land without compensation — that he knows nothing about the complexity of the issue, or the fact that the prospects of it becoming a reality are far from certain.

It is telling that the major group representing South African white farmers, AfriForum SA, is not keen on Dutton’s uncharacteristic generosity towards individuals who want to come to Australia. “Our future is in Africa, not elsewhere,” the lobby group’s chief executive Kallie Kriel said. White farmers — who, by the way, hold a staggering 73% of agricultural land despite apartheid ending more than two decades ago — know that it is one thing for the legislators to pass a resolution seeking an amendment to the constitution, and quite something else for that desire to be translated into a legal reality.

The South African constitution came into being in 1996. Most of its provisions can be amended by a vote of two thirds of the National Assembly, which is the equivalent of the House of Representatives. But there are also requirements for what is called a Constitutional Review Committee, which is an all-party parliamentary committee and includes members representing the nine provinces (South Africa has a federal system), to examine any amendment.

Further, there has to be agreement among the provinces to support an amendment. Even if an amendment is passed, it can be challenged in the Constitutional Court, South Africa’s final arbiter of constitutional challenges.

At issue is section 25 of the constitution, which enshrines the right to property and which already allows expropriation without compensation in some cases. What President Cyril Ramaphosa and the governing ANC along with the hard-left Economic Freedom Fighters support is the right of state to expropriate, without compensation, in any case it sees fit.

But if Dutton had bothered to do his homework before characterising wealthy white farmers as victims of persecution, he would have noted that the resolution passed by the National Assembly in late February provides plenty of opportunity for farmers and other powerful interests such as agribusinesses to cut a deal with the Ramaphosa administration.

The resolution reads in part that the Assembly:

(8) further notes that any amendment to the Constitution to allow for land expropriation without compensation must go through a parliamentary process as Parliament is the only institution that can amend the Constitution; and

(a) review section 25 of the Constitution and other clauses where necessary, to make it possible for the state to expropriate land in the public interest without compensation, and in the process conduct public hearings to get the views of ordinary South Africans, policy-makers, civil society organisations and academics, about the necessity of, and mechanisms for expropriating land without compensation;

(b) propose the necessary constitutional amendments where applicable with regards to the kind of future land tenure regime needed; and

There is a good deal of water to go under the bridge before the spectre of “land grabs” and fleeing white farmers becomes a reality in South Africa. And even then, there is doubt that the Constitutional Court will allow the amendment to stand. As the weekly legal column in the respected Mail and Guardian noted on March 13:

Whatever the amendment, the expropriation cannot be arbitrary in nature for that would be unconstitutional, unless we repeal the core of the Bill of Rights … Thus the proposed amendment, even where the government shows an energy to engage with our historical legacy, which to date has been absent, will not be free of complex and protracted litigation.

No wonder white farmers are bemused by Dutton’s utterances. 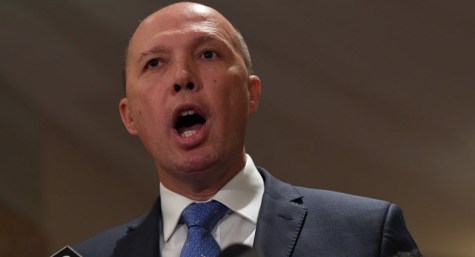 Look at it from South Africa’s point of view … 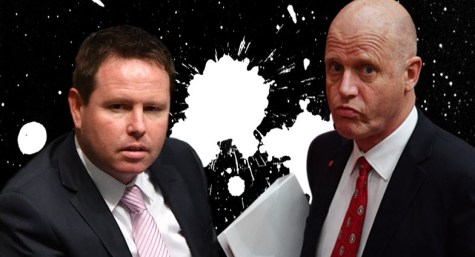 What Gestapotato knows about *any* subject can be fit on the back of a postage stamp…..even if you left the edges empty.

Thank you Marcus, ‘Gestapotato’ is as perfect a descriptor and appeal to my obvious leanings as the ‘Beetrooter’ has been (or more apropos has-been!)

Never let the facts get in the way of a juicy headline – J. Edgar Tuber

It would be a good thing for Dutton to be raided by 20 odd police and border force officials at 5.00am and forced to abandon his family and be shipped off to his racist mates in South Africa!

I’d suggest that South African farmers (black or white) would be welcome to plow Dutton in for fertiliser (he’s full of it), but that would just poison their crops.

Then Tamils? ….. Black South Africans, considering their representation among those murder statistics there?
Sadly, a few years late for Eugène Terre’Blanche?

You know he is itching to call Rohingyas ‘ economic migrants”. Which genius negotiated a possible return to Myanmar I wonder?

You know he is itching to call Rohingyas ‘ economic migrants”. Which genius negotiated a possible return to Myanmar I wonder?