Marshaling the facts. Liberal Party leader Steven Marshall has been struck a blow ahead of the upcoming South Australian election. The Electoral Commissioner has upheld a complaint from South Australian Labor over claims — made in robocalls to thousands of households during October last year — that the Liberals’ energy plan would save households $300 a year. The actual saving is $70. 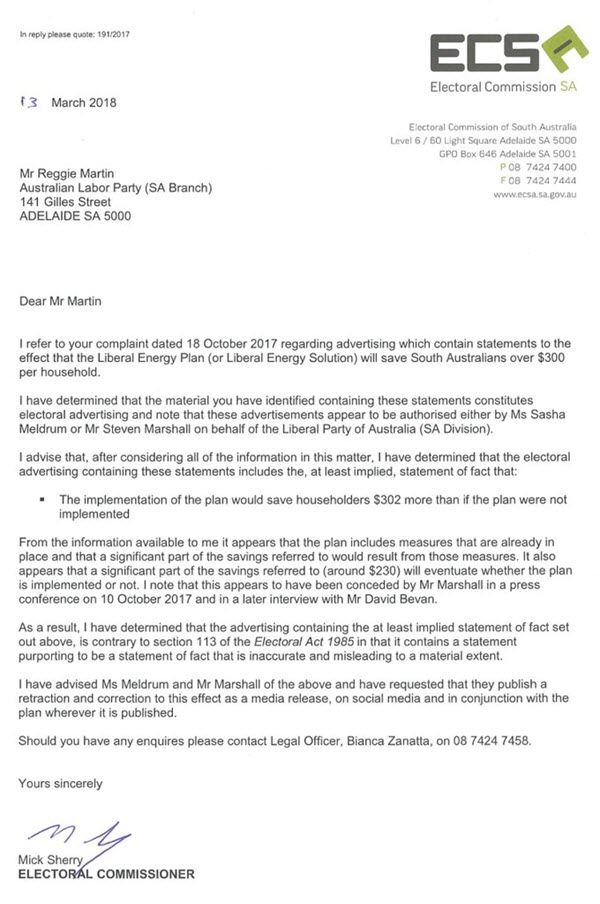 It’s part of a range of slightly suspect promotional material emanating from the SA Libs this year. Not that Labor can exactly gloat — as the ABC’s Nick Harmsen points out, the commissioner has also accused Labor of misleading advertising for their claims that the Liberals have a “secret plan” to cut SA’s GST share. Federal South Australian Senator Alex Gallacher, who authorised those ads, has just put out a statement retracting them: 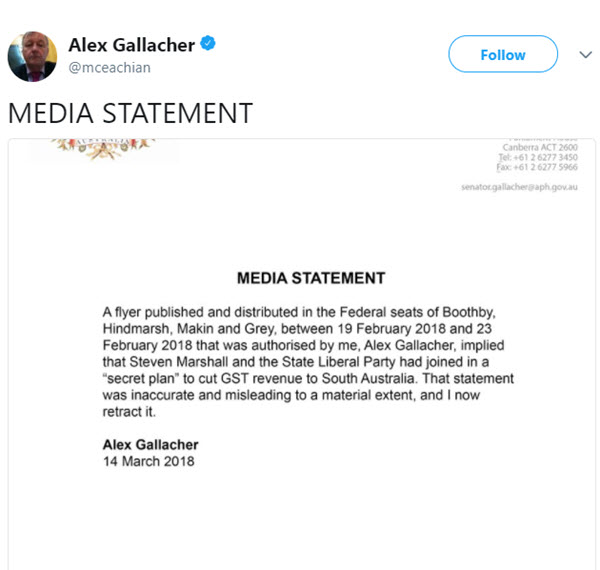 Westmead Hospital woes? What is going on at Westmead Hospital? A tipster got in contact to tell us that cancer surgeons at the Sydney hospital have recently had the “most depressing department of surgery meeting they had ever attended”. According to the tipster, all surgeons have had their operating times cut back as a cost-saving measure and have been told a ward needs to be closed — all of this while there are building works going on for new hospital facilities and research facilities.

Playing Fairfax? When we asked Fairfax about their questions regarding mental health on job application forms (which they swiftly removed from the process) they said it had been added as a mistake. But a tipster got in contact with us to mention that they had seen the question on a Fairfax application in a different state, some three weeks earlier. Just how long had this mistake been on the books?

Williams, retail politician. Nationals Senator John Williams for New South Wales knows what his constituents want — they want inquiries into the big banks and the franchising sector. They want to be free of the burdens of subsidising solar panels for rich people. They also, maybe, want a pretty decent secondhand fridge? The Senator posted on his Facebook page: “If you are in the Inverell area and are looking for a good second hand fridge I have a six year old fridge with freezer on the top. 390 litre, so a standard size fridge. $250”. 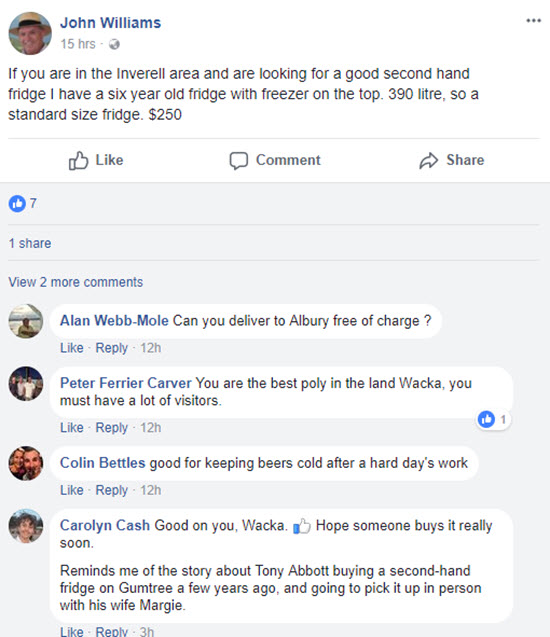