Netflix get on the front foot over controversial comedian Chris Lilley

Controversial comedian Chris Lilley is back, but he probably won’t be doing blackface this time. The Queensland Government announced this week that it was supporting a new project from Lilley, to be filmed in the Sunshine State and to be available from streaming giant Netflix.

In a press release, Premier Annastacia Palaszczuk said the 10-episode comedy to be filmed between March and June this year would provide a $6.35 million boost to the economy. “Queensland’s continued ability to attract high-quality film and television production is a testament to our local screen industry,” she said.

But among her glowing comments about how good the show will be for Queensland, Palaszczuk doesn’t get into any of the controversy — including multiple characters dressed in blackface — that Lilley has courted.

Take just 2017, for example. His most recent show, 2014’s Jonah from Tonga — in which Lilley plays a 14-year-old Tongan boy by wearing a wig and dark makeup — was pulled from New Zealand television last year after just one episode because it was perpetuating negative stereotypes. Just weeks later, he uploaded a video on his Instagram account called “Squashed N**ga”, where he appeared in blackface as another of his characters, rapper S.mouse, and that included images of a person lying on the road after being run over. This was in the days following a controversial verdict over the death of indigenous teenager Elijah Doughty.

The Premier’s office directed all questions about the decision to fund another Lilley program to Screen Queensland, which did not respond to Crikey‘s request for comment by deadline.

But in a statement, a Netflix spokesperson said its investment in Lilley’s production was just “one of the many Australian Netflix originals to be offered on Netflix around the world”.

“There are no plans for Chris to play characters of different races. The project is in early stages and we will have more details to share,” she said. 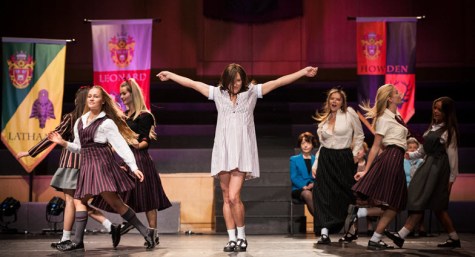 If we find Chris Lilley’s blackface racist (and it is), what do we make of Sacha Baron Cohen?

Is this now the way of Australian ‘comedy’? I believe that I have a great sense of humour but the majority Australian comedy is unfunny and crass. Chris Lilley fits this perfectly. I cannot watch him.

I do like Chris Lilley but his humour can be a bit (ahem) black for many. If you want to watch something witty & charming then try Rosehaven. Best Aussie comedy since Mother & Son.