As others flee, we now have a new player in Australian betting. What will they mean for our shifting gambling landscape?

Who would want to buy into Australia’s gambling industry at the moment?

Wesfarmers is reportedly trying to flog its 90 pokies pubs, William Hill is fleeing Australia after dropping an estimated $500 million and even James Packer has exited his controlling stake in the corporate bookmaker, CrownBet.

The Packer exit from CrownBet was initially reported as a management buyout led by CEO Matthew Tripp, whose family was enriched when the Northern Territory-licensed Sportsbet was sold for $338 million to Irish bookmaker Paddy Power in 2011. However, the Tripp family has retained their 38% stake in CrownBet and instead brought in Canadian company The Stars Group, which paid $150 million for Packer’s 62% stake.

They’ve then doubled down and picked up William Hill’s Australian business for $300 million overnight, as is explained in announcements to the Canadian and UK stock exchanges.

As part of this deal, the $5 billion Stars Group has moved to 80% of Crownbet, which is expected to be rebranded before the end of the year. The Stars Group has previously been supported by the pro-gambling conservative Cory Bernardi and his great mate David Leyonhjelm after the federal government outlawed its lucrative online poker business in Australia last year.

Unlike the predictably taciturn Crown Resorts — which rarely announces anything more than the bare minimum and doesn’t even break-out its pokies revenue when reporting half yearly profit — the Canadians revealed some interesting information about CrownBet’s financial performance.

With sports betting still illegal in all but four states in the US, Stars Group noted the attraction of Australia as the world’s second biggest regulated sports-betting market, after the UK.

After being stung by the online poker ban, there was no mention by the Canadians of the coming television advertising restrictions on April 1, the recent ban on credit betting which so hurt William Hill and the steady roll-out by the various states of a 15% point of consumption tax designed to hit all those tax-dodging foreign operators licensed by the Northern Territory.

That said, gambling industry lobbyist Stephen Conroy appears to be having some success in persuading NSW and Victoria not to follow the lead of other states. NSW announced a massive package of gambling legislation yesterday involving amendments to 16 different bills, but was silent on the 15% point of consumption tax.

One of the other major developments in Australia’s gambling industry at the moment is the furore about Woolworths targeting pokies addicts, as Andrew Wilkie alleged in parliament last week after first launching the story through Fairfax’s Nick O’Malley.

O’Malley has been a revelation in the gambling debate over the past month, first peeling back the curtain on the Sydney-based Rich Listers, the Farrell family. Then, on February 17, he produced another hefty Saturday feature on the Woolworths pokies empire, which clearly established him as the go-to man for Wilkie with his whistleblowers.

It was also O’Malley’s questions which caused Will Hodgman’s biggest blunder of the Tasmanian campaign, when he didn’t even know the publicans were to be gifted ownership of their pokies licences for free, rather than being forced to compete in a competitive tender.

This will be a $10 million-plus windfall for Woolworths, which already owns five pokies venues in Tasmania and are expected to swoop on more now that the Liberals have been returned with a majority.

The latest Woolworths pokies division profit was up 17% to $163 million for the December half — which was a record 11.46% of total $1.43 billion operating profit. And remember, this only reflects 75% of the profit as pokies billionaire Bruce Mathieson owns 25% of ALH.

Mathieson is clearly getting annoyed by the push to have AFL clubs move to pokies-free operations, boasting to the Herald Sun last week about how he and the pokies had saved Jeff Kennett’s beloved Hawthorn Football Club.

Stephen Mayne works with The Alliance for Gambling Reform and was not paid for this item. 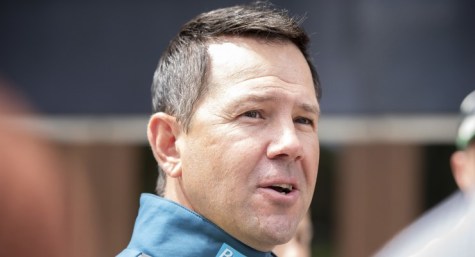