News website for kids. Just months after Australia’s first and only children’s newspaper Crinkling News folded, News Corp has launched its own children’s national news website. The free website was rolled out as a pilot in Victorian schools last year, and News Corp said yesterday in a statement it had been a successful tool for teachers and students. Content is linked to the national curriculum and colour-coded by reading age. Former Herald Sun associate editor Toni Hetherington will oversee the site with the new title of National Education Publisher.

The road to Raqqa. The ABC’s Middle East correspondent Matt Brown has taken us behind the scenes of his and cameraman Aaron Hollett’s recent trip to Raqqa for Four Corners in a piece for the ABC website. They have recounting how they made the journey and some of what they experienced:

After a few days of waiting, we climbed into a large, flat-bottomed tin boat, with various other travellers including Syrian Kurds heading home (one woman had a full oven and stove as her baggage) and motored the short distance across the icy waters of the Tigris … The old adage about the dangers of the job came into play: you’re more likely to get killed on the road than by a crazed jihadist.

We sacked two drivers. One was behaving like a clown and, more than once, leaving us or the car while he did his own poking around. The other stayed up all night watching his phone and, if not for the security adviser’s quick grab of the steering wheel, more than once would have driven us off the road at 100km/h while he rested his eyes.

No awards for Oscars ratings. What’s TV talk for boring awards nights? The Oscars and the Grammys, for American viewers. The US TV audience for the 90th Academy Awards broadcast on the ABC Network fell near 20% from last year, averaging 26.5 million viewers (live and same day, but not streaming).

2017’s Oscars telecast averaged about 32.9 million total TV viewers, which was the smallest Academy Awards audience since 2008, which was then watched by 31.8 million viewers (well before Facebook, Twitter and social media became ubiquitous and streaming a matter of fact).

This is starting to look like a trend. The Grammy Awards on CBS in January attracted 26.1 million television viewers, its smallest audience since 2006. February’s Super Bowl on NBC, the most-watched telecast of the year, saw its TV audience drop 7% from a year earlier to 103.4 million. That was also the smallest TV audience since 2009. NBC says the total audience was 106 million viewers including streaming services.

CPSU backs ABC staff board candidate. The unions representing ABC’s employees (other than its journalists) has weighed into the run for staff-elected director on the board. The Community and Public Sector Union and Professionals Australia issued a statement yesterday backing Jane Connors for the position, which will be vacated by veteran journalist Matt Peacock (who announced late last year he’d taken a voluntary redundancy).

Connors works in editorial policies, has previously managed Radio National and has worked for the ABC for 25 years. NSW staff have been voting for their representative in the poll. Queensland members have chosen Matt Wordsworth, and Karen Percy will be the Victorian representative on the ticket. 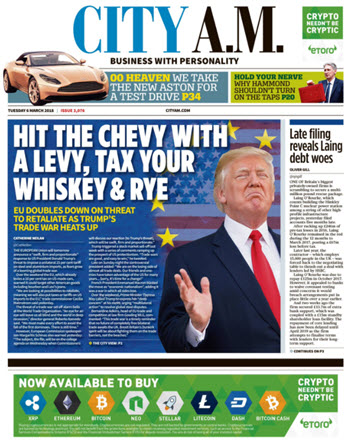 Glenn Dyer’s TV Ratings. Nine’s night — it was closer than Sunday night, which buried Seven’s Australian Spartan after just two episodes. Seven’s The Resident is on track to be a flop as well after it fell to 710,000 national viewers (from 9pm) from 824,000 for the debut a week earlier. Seven also ran a second episode last night which averaged 489,000 nationally at 10pm. It definitely isn’t a clone of The Good Doctor, at least as far as viewing numbers areas are concerned.

Married At First Sight averaged 1.77 million nationally, My Kitchen Rules 1.61 million. It was enough to give Nine the win. Ten finished fourth after the ABC staggered into third with its Monday night news and current affairs programs, all under-performing compared with previous years.

I am horrified by the thought of the mudorc getting it’s dead fingers into young minds.
Thank doG none of them even handle dead trees these days, let alone read the funny inky squiggles thereon.