The battle for benefits: people with disabilities fight back against broken system

Record numbers of Disability Support Pension applicants are having their claims rejected, often against the explicit advice of doctors. With nothing left to lose, some are choosing to fight.

After two years of failed applications for the Disability Support Pension — as well as numerous appeals — Quang Huynh, a 30-year-old Dandenong man, decided he’d had enough.

Rather than deal with the DHS’ confusing and overly bureaucratic appeals process one more time, he instead turned up at his local Centrelink office, hoping to finally prove once and for all he was indeed “disabled enough” to receive the benefit.

“It was a pretty farcical scene,” Huynh tells Crikey. “I stumbled and shuffled around the office, waving my medical certificates at their officers.”

This was no mean feat. Huynh, who is blind in his left eye from severe diabetic retinopathy, also has serious heart, liver and kidney conditions that routinely land him in hospital. According to his doctor’s notes, he finds it difficult to walk more than 50 metres safely.

“But, they [Centrelink] didn’t even look at my doctor’s statements. One lady said, ‘I can see you walking — if you can walk, you can find work.’”

As reported by Crikey last November, Huynh is one of thousands of Australians with a disability who are being unceremoniously rejected from the DSP and forced into Newstart — an increasingly punitive scheme which imposes extensive job search obligations for nearly 40% less pay.

[Disability support plummets as government turns up heat on the vulnerable]

Delegitimising people’s disabilities has become one of our government’s most determined budget savings drives. In the 2016-17 financial year, the rate of approved claims dropped by more than 50%, with 70,000 claims rejected. As it stands, the grant rate for DSP applicants is now at its lowest on record — around 15% of applicants are currently making successful bids.

According to The National Social Security Rights Network (NSSRN), DSP claimants’ medical evidence is routinely ignored by Department-appointed assessors. In a report released last month NSSRN revealed that, in 85% of cases they looked at, assessors didn’t even contact claimants’ doctors before making rulings against them.

Robert Kalsbeek, a 62-year-old from Geraldton in WA, told Crikey that a Centrelink psychologist ignored medical evidence provided by his GP, and ultimately denied him a DSP “because she watched me bend over and pick up a piece of paper”.

Kalsbeek suffers from chronic fatigue and a serious spinal injury, as a result of a work-related incident that cut his professional life short. Subsequently, he has also been diagnosed with post-traumatic stress disorder, anxiety and depression. His file was referred by the psychologist to a DHS-appointed occupational therapist, who, without meeting or phoning him, judged that he had the ability to work 15-22 hours a week and thus wasn’t entitled to a pension. Instead, he was forced onto Newstart payments.

Kalsbeek immediately appealed this decision — only to be rejected again eight months later by two new assessors. He then lodged a complaint with the Perth Administrative Appeals Tribunal. He describes the lengthy and convoluted process of fighting Centrelink’s judgements as an “ordeal” that greatly exacerbated his mental illness and quality of life.

Victoria Legal Aid (VLA) — the leading provider of legal services to Victorians with disability and mental illnesses — are helping and advising innumerable clients like Kalsbeek who are experiencing acute distress caused by DSP rejections.

In a submission to a parliamentary inquiry into the DSP, VLA stated that “better decision-making by Centrelink at an earlier stage would reduce unnecessary hardship to people experiencing disability and would reduce costs to the community.”

Without sufficient expertise, many Centrelink assessors are making decisions that can dramatically impact people’s lives. So we have a situation where, for example, a psychologist can overrule a GP’s spinal injury diagnosis.

Vulnerable people like Huynh and Kalsbeek are being forced to spend years of their lives navigating an unforgiving system of confusing and stressful processes to “prove” and “justify” entitlements.

12 months after making his initial claim, the Adminstative Appeals Tribunal overturned Centrelink’s decision against Kalsbeek, citing the evidence that previously lay dormant in his doctors’ medical reports. After finally granting him the pension, the tribunal also awarded him almost $10,000 in back-pay entitlements.

Kalsbeek is now gearing up to take on the Department of Human Services in the District Court of Western Australia. He is demanding financial compensation for being thrust into distress and destitution by a department which he contends ignored and overlooked evidence he presented in his claims.

Advocacy groups like NSSRN and VLA encourage all failed DSP claimants to make as many claims and appeals as they can. Recent figures show that the tribunal immediately reverses 20-25% of Centrelink’s rulings — yet another indictment on the agency’s stringent and unfair decision-making.

NSSRN have also started meeting with the DHS to help ensure people with disabilities’ claims are being assessed more accurately, fairly and efficiently.

Without input from these advocacy groups, one can’t help but think the government would simply continue on its merry way: stacking the odds against disabled people with ever-tighter restrictions and removing their benefits in order to “unburden” the budget.

Ultimately, these groups, as well as individual claimants like Kalsbeek and Huynh, are fighting back against a culture that puts profit before people. Indeed, they are fighting for a more dignified welfare system that doesn’t scrounge savings by pushing people’s entitlements ever further out of reach.

Jeremy Poxon is a freelance writer and a Media Officer for the Unemployed Australian Worker’s Union.

Disability support plummets as government turns up heat on the vulnerable

Fighting for a fair deal from Centrelink 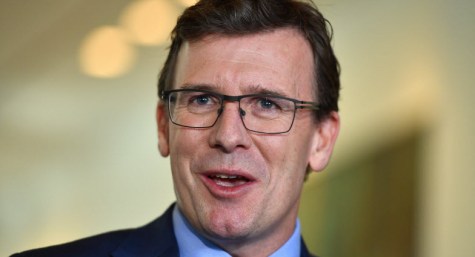 The return to budget surplus will be done on the backs of the sick and unemployed – core LNP philosophy.

Ralph, well said!. The LNP are ruthless in achieving a budget surplus which many may find laudable until they have to face the victims when of course ordinary compassion will rise up to choke them. LNP Ministers put a vast distance between themselves and those needing support with good reason.

And unfortunately, the man (and woman) in the street has his/her attitude to this formed by the one-sided accounts in the corporate media (especially the Murdoch tabloids) of welfare fraud. Their attitude changes somewhat when catastrophe strikes and they have to apply to Centrelink themselves. For many years I was a hospital social worker and saw again and again how shocked ordinary people were (when they were forced by tragedy to rely on Centrelink payments) to realise how low the payments were and how frustratingly difficult the process was.

I can relate, I got very sick. The doctors were unable to confirm whether I would be permanently disabled. I couldn’t afford work insurance. I was in the process of get health insurance, but none of those things matter when your stuck in hospital for 6 months. Then when I got home finally there was no going back to the life I knew. That’s the problem with people who have little idea of what is really going on for those who find themselves in this situation, like you say it doesn’t hit home until it happens to them or to a family member

It is absolutely NOT how the front staff at DHS/NDIA assess claims, nor is it, “…the agencies stringent and unfair decision-making”. It is simply the framework of the requirements within the legislation. GP’s, psychiatrists, psychologists, pediatricians, physiotherapists further exasperate the problem by sending their poor patients off on some half-baked idea that they will automatically be eligible.

If you want change, it would be best to attack the government’s guidelines and policies and at the very least, get doctors to familiarise themselves with them.

itsarort You really have no idea. Most doctors are extremely familiar with the way the system works or more to the point doesn’t work…. I can tell you my poor GP has been trying to deal with how DHS works for the last 30 years. Itsarort don’t try too teach these people how to suck eggs, they well know that the system is broken, do you not get the fact that doctors, psych’s etc main job is to look after their patients not do battle with a system that is set up to make their patients lives harder than they already are & as pointed out in the article make their existing conditions even worse than they already are. You’re observations are far to simplistic in my view, you miss the point completely. The problem is that the Australian system is taking notes from the British system, which treats people with disabilities abominably, there are so many things that go on that are just out and out wrong. The system is set up for an immediate knock back on the initial application, as is the NDIS, which is insanity itself because people with disabilities are more vulnerable than most, they often rely on services that are due to cutbacks are often impossible to access, or expensive to get the help they need. This means that those of us with a disability are pushed to the edges of society & often ignored because it makes people more comfortable with something they can’t deal with.

Our DSP system is appalling. The law is increasingly stacked against genuinely disabled simply because they don’t meet arbitrary definitions which are assessed often by people with no basic medical knowledge. Thankfully where I worked as a Centrelink appeals lawyer, the Centrelink advocate was very reasonable and the Tribunal member very fair. But so many punters have never heard that there are community lawyers who can and will advocate for them free of charge.

Irfan. I couldn’t agree with you more. I was assessed 8 years ago, it was a nightmare then, i was lucky I got the area manager make an appointment with me, who asked me a few questions & said I can’t see why there’s been so many hold ups & signed me on.. I understand it’s almost impossible now which is is insanity in itself.

Get a job as media advisor to a National Party member – if you don’t mind “stirring the tea”?