In defence of disagreement: how outrage bait is undermining public discourse

This toxic climate that insists on misreading the words of others and then punishing them for the misreading, undermines any prospect of intelligent and robust debate.

What do Canadian PM Justin Trudeau, Harvard psychology professor Steven Pinker, and Pepsi CEO Indra Nooyi have in common? All three were recently the subject of intense but misplaced criticism over something they said.

First, Pinker was denounced after a short clip showed him referring to some members of the alt-right as “highly intelligent”. However, as Jesse Singal outlined in The New York Times, the longer video clearly shows Pinker was not praising the movement but discussing how to defeat it.

Shortly after, Trudeau was castigated by both left and right for allegedly interrupting a woman at a town hall event to “mansplain” the correct term was “peoplekind” not “mankind”. However, the full clip shows that only did he not interrupt her, he was talking with his tongue firmly in cheek.

Meanwhile, Nooyi was also inspiring a bevy of outraged hot takes after allegedly claiming Pepsi was in the process of designing “Lady Doritos”. Except that’s not quite what she said.

Misrepresentation and social media outrage is nothing new. But what makes the Nooyi and Trudeau cases notable is how this misrepresentation crossed over from predictable social media outrage to the published media realm. Verification and accuracy are no match for the pressure to publish opinions (usually simple condemnation) quickly, and to then reap the temporary benefits brought by shares and page views.

The news media is increasingly vulnerable to social media’s tendency to transform any seemingly unpopular statement — no matter how mild — into evidence of grave moral failings, leaving no room for interrogation or good faith disagreement amongst otherwise similarly minded individuals.

“It’s getting harder and harder to talk about anything controversial online without every single utterance of an opinion immediately being caricatured by opportunistic outrage-mongers,” warns Singal, “at which point everyone, afraid to be caught exposed in the skirmish that’s about to break out, rushes for the safety of their ideological battlements, where they can safely scream out their righteousness in unison.”

This applies not just to notable people making perceived gaffes, but those writing the opinion too. Of course, it’s great for writers who are purposefully strident and narrow in scope. But for those of us who have chosen to cast a wider net, the backlash can be so off-putting and alarming, it makes writing anything that could be misinterpreted, or that even slightly bucks the prevailing wisdom, appear prohibitively risky.

Last year, for example, I wrote a piece on male privilege and journalistic “objectivity” in which I drew on my academic research to argue that a media outlet equating feminism with men’s rights activism was an example of balance as bias. Predictably, anti-feminists labelled me everything from an irrational man-hating lunatic to a propagandist.

But things got really interesting the following week when I discussed a controversy involving Wonder Woman actor Gal Gadot’s strident views in favour of Israel’s 2014 assault on the Gaza Strip. Despite calling a proposed boycott on the film “misguided” and “misplaced”, I was nonetheless blasted across social media by other feminists as a sexist who didn’t understand intersectionality.

Literally in the space of a week, I went from being a crazy misandrist to a vile misogynist in the eyes of the internet.

I would have thought a decade of writing about issues such as feminism and male privilege would have inoculated me from such accusations but the internet’s memory is literally less than seven days long. And while amusing now, this reaction to what is a pretty mild piece was so disproportionately vicious, I took a month off writing to recover.

In addition to the clear toll on the emotional and mental wellbeing of writers, this toxic climate that insists on misreading the words of others and then punishing them for the misreading, undermines any prospect of intelligent and robust public debate. How many identical articles did we really need on Trudeau’s “mansplaining” or those mythical Lady Doritos?

Opinion writing and analysis has always been exhausting. But it is only the last two years or so that the real danger of “being cancelled” by people with whom we share fairly similar worldviews and political stances because they disagree with us on just one has emerged. It is bad enough when this is limited to social media pile-ons, but when the news media adopts the same outlook, it makes it almost impossible for writers who don’t necessarily stay in their rigidly defined ideological camps to do their jobs.

Writers need space to write without assumptions they are arguing from bad faith just because they buck the prevailing wisdom every now and again. What the Pinker, Trudeau and Nooyi incidents should have taught us is that context does matter, and progress cannot take place when we equate any disagreement or challenging concept with bad intent.

As Twitter pile-ons get ever more popular and people use the medium to undermine the employment prospects of people they have never met, publishers and editors must defend such writers from demands they be punished for their views. This means continuing to champion writers who have unique — and well-reasoned — views and by resisting the outrage bait and hot take models of opinion writing that is good for clicks but is fast degrading the craft. 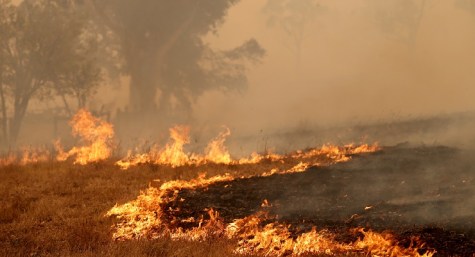 War on facts: it’s time for op-ed writers to respect the truth 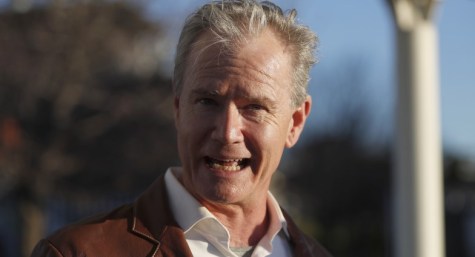 This is really thoughtful. Can we please hear more from Ruby??

You’re very kind, Irfan. My own broad-brush stereotyping of Ruby’s articles is less generous and is that ultimately they’re just all about Ruby, so the Pinker-Trudeau-Nooyi opening gambit here challenged me somewhat. But it turned out that it was only a prelude to the outrage of Ruby’s own treatment at the hands of the haters (just a “for example”, of course) so I was very relieved that, as a good Bayesian, my priors were once more confirmed. I haven’t the time to find the bon mot in ‘one red ruby and you’ve read ’em all’, but I’m sure it’s out there. Sorry, Irfan: I can’t vote with you on this one.

My ex always said I spend too much time writing about myself. And she is a much better writer than me.

I agree Irfan. A very thoughtful & considered piece of writing

Lol. Thanks Irf and Jm. And Decorum too, I guess. Hate reading is still reading.

It may be that it is editorial policy that insists on misreading the message.

You are so right!
This is something that has irked me for a long time.
I believe that while a lot of it is “fake/provocative” outrage, I also believe that many people can’t speak or understand English any more. Anything subtle or longer than five letters goes above their heads.
That’s why we get three word slogans or Don Chump’s babytalk, for the masses.

A fundamental principle of logic, taught to beginning students of philosophy, is called The Principle of Charity. It holds that when an argument is open to alternative interpretations, the philosopher, more interested in truth than winning the argument, will adopt the interpretation most favourable to the argument in question before evaluating it. Apparently wilful misinterpretation of people’s positions based on tendentious interpretation of terms whose meaning is to some degree context-dependent reveals a reader more interested in cultivating outrage than pursuing truth (The attack on Mary Beard for using the word “uncivilised” to describe a society destroyed by war is the latest example I’ve noticed.)

The author complains about pile-ons that result from misunderstandings. (I have a suspicion that she would have thought it OK for Pinker to be rounded on if he had praised the alt-right.) How about complaining about pile-ons full stop? Why can’t we disagree, even sharply disagree, with others without vitriol, condemnation and shaming?