Sing along if you know the words: Abbott’s greatest hits at the Sydney Institute

The former front-man played his greatest hits at the Sydney Institute this week, and the routine was tired, stiff, and increasingly irrelevant, writes Margot Saville.

I’ve been to a lot of heritage music concerts. The audience expects that the star, a stiff-legged hologram of his youthful self, will sing all his biggest hits. Although looking and sounding a little shop-worn, he’ll still rise to the occasion. And the listeners relive an experience that had at one time struck a chord with them and still resonates.

And so it was that Tony fronted up the fans at the Sydney Institute last night, giving them a short, punchy set list of his greatest hits – immigration and street gangs, the benefits of coal and the evils of political correctness.

In a speech that would have surprised exactly no-one, he called on Malcolm Turnbull to halve Australia’s immigration program and heavily criticised the government’s National Energy Guarantee, saying it did not explain how it would bring down prices.

Tony was ousted by his own party in September 2015, so he has now had 2 ½ years to work on his act. At the age of 60, many men and women still have a great deal to offer their country or their chosen career. So what has our least effective Prime Minister been doing all this time, other than honing his ability to entertain pensioners? On the face of it, not much.

He did say something which resonated with me: “Now, none of you came here tonight to hear slogans like ‘stop the boats’ or ‘scrap the tax’ or ‘build the roads’ – let alone ‘build the wall’ or ‘drain the swamp’.”

Tony, you are right about that.

“Hence the insiders versus outsiders chasm now bedevilling the politics of the west: a talking class that’s never had it so good; a working class that’s trying harder and harder just to keep up; and a welfare class with a strong sense of entitlement,” he went on.

And into which of those classes would you put Anthony John Abbott, who’s been pulling down a public service salary for the past 24 years? I would call someone who earns $200,000 a year, and hasn’t had an original thought since Ted Nugent sang “Paralyzed”, a welfare bludger who needs to get a proper job.

He ran through the usual right-wing playlist – immigration needs to be cut to help ease the local job market and housing affordability pressures, only 30% of migrants speak English and “ethnic gangs that are testing the resolve of police.”

None of these statements are evidence-based, but Tony doesn’t need to be accurate or informed. He’s just dog-whistling to the party’s right-wing base and firing shots in the incessant war against the man who put him out of a job, Malcolm Turnbull. Like Kevin Rudd, he’s devoted the time since being booted out of office by his own party to plotting and planning his revenge and guess what? We’ve been paying for it!

A few weeks ago I went to see “The Modfather”, Paul Weller,  at the Sydney Opera House. It was a fantastic concert: I loved The Jam and The Style Council and he played all my favourite songs. But something else happened: the 59-year-old played new music, great songs which he had composed and arranged in the years since the Style Council broke up in 1989. He’s not a heritage act but a brilliant musician, and that’s why he sold out the Opera House.

There’s a lesson there. Tony, unless you want to keep playing smaller and smaller venues, and end up at the Manly RSL on a Friday night competing with the pokies, it’s time to either change your act or move on. Because the rest of us have stopped listening. 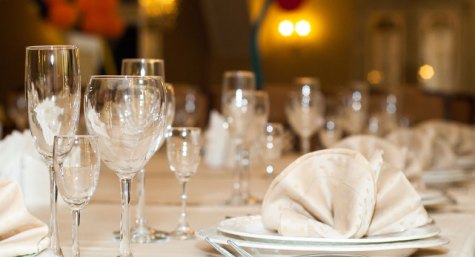 Guess who’s coming to dinner? Tony and Peta leave together, after a riotous evening

What a lovely, concise article.
“And into which of those classes would you put Anthony John Abbott, who’s been pulling down a public service salary for the past 24 years? I would call someone who earns $200,000 a year, and hasn’t had an original thought since Ted Nugent sang “Paralyzed”, a welfare bludger who needs to get a proper job.”
Problem is that, a) he’s made for life on the politicians gravy train superannuation, and b) who would employ the jerk?

When David Bowie died, The Economist noted that, unlike many of his contemporaries, “he never became his own tribute band.” What’s odd about Abbott (well, what’s particularly odd in this particular setting) is that he’s now a tribute to an Abbott that really never was. Many of the things he’s shrieking for now are things he never did himself when he was at the helm of the good ship Entitlement. He can’t even claim, a la Lady Catherine de Bourgh, that, had he ever been PM, he would have been a great proficient. He was, and he wasn’t.

Margot – unfortunately there is still a muddy, mucky & extremely shallow pool of Abbottrocity devotees who think the soleil shines from the rectum of this Bourbon who has forgotten nothing and learned less.
If anyone wants to be scared, really rilly scared, listen the Blot & the Poison Dwarf on HateRadio, 8-9pm Mon to Thur – they are unhinged enough but their callers are totally off-planet.

I’ll leave you to monitor the Blot! Not sure I can face that…

“So what has our least effective Prime Minister been doing all this time,…?”

I love the article Margot and agree that Abbott is a “welfare bludger”. But I think Trumble is proving to be a serious contender in the “least effective PM” stakes. Being quite old and a Canberran I remember Billy McMahon well. Abbott and Trumble are eclipsing him every day in any “worst PM I can remember” contest.

With Malcolm, the expectations were higher, weren’t they? So the disappointment is so much greater..

Whilst the idea that only 30% of migrants speak English sounds like utter rubbish, surely it stands to reason that if there are less migrants there will be less competition for jobs and housing? Hardly not evidence based.
Am I missing something?

“None of these statements are evidence-based, “. Yeah, it hurts to argue in TA’s favour, but it is hardly something that requires academic research to suggest that less immigration will lead to less competition for local jobs and less intense housing market pressures.
Now I understand that there isn’t an academic paper written supporting these things, as they stand in the class of axiomatic, it would seem they do not require evidence, but are evidence in themselves, therefore require refutation, not confirmation, Ockham’s razor and all that.

And there is substantial evidence that 457’s have been used to bring in people where there were surely sufficient locals to employ, and there is more than sufficient evidence of immigrant and non-nationals bidding up house pricing.

But apart from that, yes, Tony probably hasn’t made that connection and is just blathering, and Paul Weller is a freaking musical god.

I’m enjoying seeing the Coalition tie themselves in knots over house prices.
Improving housing affordability by shutting out foreign investment and cutting immigration may well appease the xenophobes, but it will infuriate their property owning base who only want prices to keep going up. A delicious quandary.

Yes, I didn’t, couldn’t, can’t buy that line either. The question is begged of course why Tony Abbott didn’t cut immigration numbers when he had the power. Probably because other non-sovereign powers were writing the song book for him, as they do for Mal, Bill…….