Amid denialism on company tax cuts, the ABC lets us all down

At a time when commercial media outlets like the Financial Review are misleading Australians about company tax cuts, the ABC's censorship of Emma Alberici further undermines trust in our media.

The ABC’s censorship of Emma Alberici in response to pressure from Malcolm Turnbull comes at a time when the national broadcaster’s mainstream media competitors are also increasingly failing to properly inform Australians.

Far from being, as alleged by the ABC, too opinionated, Alberici’s piece (available here) is a collation of straightforward facts — levels of profit versus wages growth in recent years, the fact that few companies pay 30% tax, the high level of investment despite our “uncompetitive” tax rate, the minimal role tax plays in business investment decisions, the comparative performance of investment and wages in Australia, and Canada, where company tax rates were reduced significantly, the decline of real wages in the UK where company taxes were also cut, the Congressional Budget Office analysis showing Australia’s tax rate is relatively low compared internationally; the relatively negligible economic benefits identified in the government’s own modelling, the fact that we’re projected to remain in deficit for several years yet.

Sure, there was a gratuitous targeting of the salary of Alan Joyce, but otherwise none of these facts are disputed. Indeed, they’re well-known. Crikey wrote about the Canadian and British experiences, and the CBO report, eleven months ago, and no one said boo. I’ve repeatedly asked the Business Council of Australia to explain why wages growth in the UK and Canada so significantly underperformed wages growth in Australia despite their cuts to company tax, and the BCA has refused to respond. Likewise, it’s noteworthy about the hysterical response to the article that no one disputed the facts. The Financial Review, which has led the attack on the ABC, today ran a piece it headlined “Our ABC perpetrates a tax fraud” that it claimed “debunked” Alberici’s work. It was a strange “debunking” — the piece skated over nearly all of the facts in Alberici’s piece and dismissed them as “anecdotes” and “red herrings” that the authors are “not buying” because they’re at odds with economic modelling.

This is “fake news” territory, to insist that real-world evidence from other economies that have implemented the policy you’re defending is merely “anecdote”, while economic modelling — based on ridiculous assumptions like our lack of debt, and full employment — is a better guide to reality. Then again, the AFR was already deep into denial when it comes to tax cuts. There appears to be an editorial prohibition on any mention of the extraordinary level of share buybacks going on in the US fueled by Trump’s tax cuts — now running at more than twice the level they were a year ago. You’d think that the AFR, in seeking to make the investors who read it as well informed as possible, would regard the dramatic increase in share buybacks by some of the biggest companies in the world as newsworthy, but clearly not.

The only “tax fraud” being perpetuated here is the one by the government, business and media cheerleaders like the AFR — the broad daylight transfer of over $60 billion from taxpayers to the world’s largest corporations under the verifiably false pretences that the money will be used to increase investment and wages. It’s a quite brilliant fraud, too: corporations don’t even have to hire an array of expensive tax lawyers like the Deloittes partner who wrote the AFR piece — they just have to chip in some money to Liberal and National Party coffers and get the politicians to do the heavy lifting of reducing their tax burden.

Fairfax, the owner of the AFR, of course can print whatever denialism it likes about the company tax cuts it will benefit from, should it ever achieve regular profitability again. As corporations, media companies can say what they like, and long may they do so, even if as a result Australians have less trust in our country’s media than virtually any other people. The ABC is different. It is funded by taxpayers and is rightly held to much higher editorial standard than private media companies. That’s why it is by far Australia’s most trusted media outlet. But the decision to cave in to government pressure and censor one of its most senior journalists, coming just days after the extraordinary decision to hand back to the government a trove of cabinet documents without sharing them with its audience, will undermine that trust. The ABC is looking increasingly like a state, not a national, broadcaster. 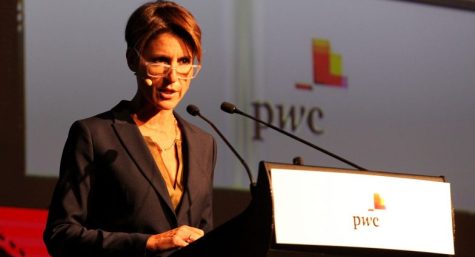 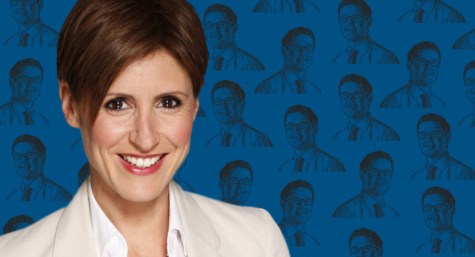 Exactly, spot on. Alberici’s censoring is beyond chilling. She’s a Walkley nominee on exactly this topic, ffs.

But…hang on – LOOK OVER THERE, EVERYONE!!! BARNABY’S GOT HIS WILLY OUT!!!

And George has got a gun!

Clearly Malcom The Prefect needs to impose a ‘Bonkers Ban’ on parliamentarians too, Thel.

Chilling is indeed the word. Will no-one stand up to this government? Thankfully The Australia Institute is getting some airtime with their debunking of this trickle down bullshit but is the average “Aussie battler” numbskull really getting it!

I agree with all but the conclusion. The ABC is not a state broadcaster it is a Liberal broadcaster. They regularly attacked Gillard and Rudd and also many in the National Party.

I challenge anyone to honestly assert that if Gillard or Shorten demanded an assessment be censored that it would be. The story would be “Labor tries to censor ABC fact checks”.

The Sabra Lane interview with the SA water Minister last week demonstrated that the only research that the ABC now does is to read Liberal Party handouts.

The lack of reporting from all of the media of the hypocrisy of Turnbull in demanding women be respected while allowing the disgusting attacks on Gillian Triggs, Gillard and Sarah Hanson Young is another demonstration of all of the media self censoring when reporting on Turnbull words and actions. His respect didn’t extend to giving Bishop the acting PM position after she asked for it or only inviting one senior female business identity on his US trip, so when he talks of consulting his wife about Joyce my response is that he should consult the person who is the present partner of Joyce and ask her if Joyce has disrespected her.

With you Pal – the ABC has become a tory apologist institution. Morning radio is now useless (leaving the news making news breaking to Crikey! and the Guardian. And all those British tele shows – the grim ones and the unfunny ‘comedies’. Thanks Michelle. Great job. AC coming your way in the 2019 gong list

I’d leave the Guardian out Thelorikeet, better the A.I.M. Just my opinion.

The Guardian is brilliant compared to any other MSM – if it was more widely read and had a TV arm, many more voters would be much better informed – but obviously not those that thrive on the sensationalism and quick grabs that commercial TV offers.

This is one of my biggest concerns where media keeps giving the neoliberal slant to everything and bending the facts (I’m being generous here) – it’s clearly fomenting consent from the people who don’t have the time to fact check everything and we’re on a path where it will be hard to come back from. It’s generally also the cause I donate to to get a more diverse view out there from independent media that, most of the times, are much more factual. It’s actually quite terrifying as you can see discourse go awry like a slow running trainwreck.

PEOPLE IN GLASS HOUSES AFR! The following quote from today’s AFR story is guilty of the crime of which it accuses others. It makes an assertion as fact, which will only be proven, or otherwise, in the future… “Not only has the US cut corporate taxes, it has also allowed an immediate tax deduction for investment in new equipment. That combination will boost the productivity of the US – and hence the prosperity of Americans too.”

With Laura Tingle heading out the door, the AFR’s political coverage is going to turn to absolute shit. For a long time, the AFR has had the most trustworthy political coverage in the mainstream press – partly because its readers demand accurate information in its general reporting style, and partly because Tingle had more sense than just about anyone else in the press gallery (she cemented her reputation with this reader when, almost alone, she pooh-poohed the Coalition’s screams about “sovereign risk” with the mining tax) and clearly had the security and seniority to write the truth even when it directly contradicted the shrieking far-right ideology found in the editorial column and from regular opinion contributors like John Roskam and Rowan Dean.

dont worry, the AFR is only preaching to the committed, thats why their circulation is down and going down down, I bet the terra graph circulation is up since they started printing the truth, no doubt it will go back to the mad right very soon and sink back into the the readers cellar, but it shows why newspapers are losing readers, they only cater for a small percentage of the redneck public so only sell to them, the rest ignore them and go online for their news, I stopped buying the Murdoch papers years ago and so did many more.

It’s also another spectacular own goal by Turnbull and Morrisson. Had they ignored the piece, nowhere near as many people would have actually read it, or even heard about it.

Yep, The Streisand Effect in action. They are flipping morons.

No. The piece was in The New Daily. Then they were out early when it got pulled down as well. That’s where I first read it, because the ABC has become an ‘unreliable’ news source of information. I, like many I know, are waiting for some action to be taken on the current nature and failure of the ABC. Change of government I mean. The people they have employed their failureto declare the vested interest of experts they trot out, like ASPI, they are no different to Joyce so why report on his abuse of the taxpayer. They now actually make stuff up. It has become breathtaking and unusable. Just as the AFR they are the beltway priveldged and tenured and they are being found out. The Joyce affair was just the start and the punters are putting it together. ‘During times of deceit telling the truth becomes a revolutionary act’. Orwell. Good on Emma. So MSM you are not on notice you are found out. Can you rehabilitate, do we care.