After a big ratings dip, AFLW coaches are being asked to overhaul the game. With huge crowds and massive interest in the game, is that really the only factor at play?

On Wednesday the AFL took the unprecedented step of contacting all eight AFLW coaches to issue directives as to how they should be running play. Phone calls were followed up by a memo, which was then leaked to the media. The AFL’s concern is that the style of play being fielded in the AFLW is too defensive, too congested, and not conducive to free-flowing football, which is seen as the most exciting form of the game for audiences.

The concern comes after a significant 59% drop in national ratings for the Seven Network for round one of the 2018 competition compared to the inaugural 2017 season. What is encouraging though, is the comparative crowd numbers between the two seasons, with 50,350 attendees across the first four matches of the 2017 season compared to 44,572 for the same fixture in 2018, a drop of only 11%. On top of this, the round two clash between Fremantle and Collingwood (the first game of football to be played at the new Perth Stadium) has officially sold out with 56,000 tickets sold.

What seems unspoken here is the impact a defensive model of play is having on the Seven Network’s advertising model, which airs advertisements after each goal scored. Fewer goals scored means less revenue for the free-to-air broadcaster (as opposed to Fox Footy’s model of no ad breaks during play).

If the league is looking to amend the rules of the game after a pre-season of players and clubs working to the model that they believe best wins them games of football, then we need to address the significant arguments to be made that the Seven Network has undermined the potential success of their own ratings in 2018.

On January 22, less than two weeks from the start of the season, it was announced that the majority of free-to-air telecasts of AFLW games were to be aired on one of Seven’s secondary channels, 7mate. By contrast, the AFL’s latest product AFLX — an experimental form of the men’s game — is being shown on Seven’s main channel.

This decision showed a clear devaluing of women’s sport by the Seven Network. While 7mate is still a free-to-air network, the relegation sends a message to consumers that the content is not of a high enough quality, signalling to naysayers and those undecided about the women’s form of the game that it is not worthy of their time. The decision to split games between the main channel and 7mate only acts to confuse viewers as to program scheduling.

Additionally, as reported by Girls Play Footy, the move significantly undermines Seven’s ability to generate income from their broadcast due to lower advertising rates. This may delay further pay rises and the move to increase professionalism within the women’s competition. At its current rate of revenue, the AFL will be required to continue subsidising the AFLW and as such have less budgetary resources available to grow the wages of the players and resources of the clubs.

Seven’s marquee shows My Kitchen Rules and Home and Away were extensively advertised during the Australian Open, while the league’s upcoming coverage got little to no attention. How was last Friday’s Carlton v Collingwood fixture expected to contend against Channel Ten’s BBL Semi Final with such a lack of investment or foresight?

This lack of capitalisation on audience spreads beyond the coverage of the games themselves too. While Seven offers nightly coverage of AFL pre-season training on their 6pm news, there is little to no coverage of the AFLW beyond match reports. The lack of analysis of training, player injuries and strategies for upcoming matches shows a disengagement from the sport as well as a disrespect to the audience who are hungry for more content.

Seven has also placed no investment in preview coverage of the competition or panel-style shows, such as AFL Game Day, which airs on Seven during the men’s season. The Nine Network has the weekly Women’s Footy program in place, which uses a similar format to its Sunday Footy Show during the men’s competition, which allows for game analysis, player interviews and a greater level of insight into the intricacies of competition. Foxtel’s Fox Footy channel has covered AFLW throughout the year, including weekly time dedicated in the lead-up to the AFLW Draft to introduce players and discuss trading strategies, as well as discussion through its AFL Tonight program.

The extraordinary intervention by the AFL this week is claimed to be directed at building an audience for the game, but crowd numbers clearly demonstrate that the audience is on side. There has been a small drop-off after the inaugural round in 2017, but given the huge audience expected in Perth this weekend and the strong crowd numbers in round one, attendances for AFLW in 2018 are well on track to break last year’s numbers. The real issue seems to be the Seven Network’s disengagement from the women’s competition, and the AFL’s squeamishness of losing the support of its men’s free-to-air broadcaster. 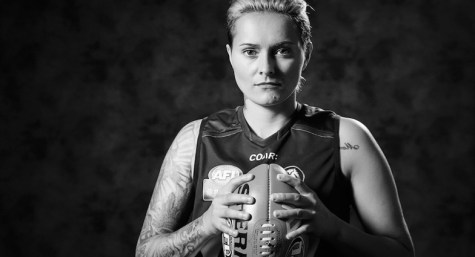 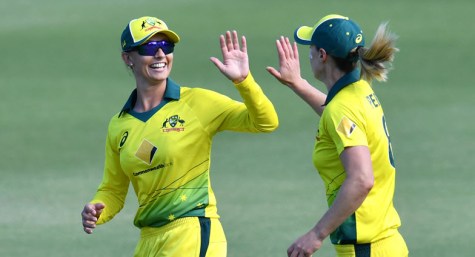 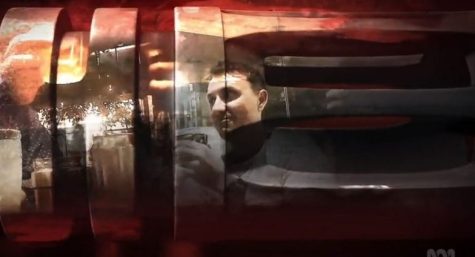 Viewers split between How to Sell a Massacre and the AFL

As if a “defensive style of play” isn’t all too evident in the men’s game with endless stoppages and lower scores than in the free-flowing era of the 1970s and 1980s. Does anyone old enough seriously think that today’s AFL game is a better spectacle?
And, will be the AFL be sending a memo to the Carlton AFL coach, whose team has managed (from memory) one score of over 100 points in forty four games?

There can only be one response to Channel 7 and a seriously conflicted AFL hierarchy. And that is a rigid middle digit finger. Players and coaches SHOULD TELL THEM BOTH TO RACK OFF!

The last thing we need is more bloody footy coverage bleeding into summer months. AFLX and AFLW are both just more attempts by the AFL to steal the oxygen from other sports.

It is great to see women playing and competing in all the sports in the sporting activities we indulge in for pleasure – not many are aware that even in the Roman era there were women gladiators in the Colisseum in Rome.

The latest ‘competitions’ are really to fill extra TV time with Australian content. Really the standard and quality of play is about what one would see at high school football. So the audience reach is somewhat limited to relatives and the sport TV addicted. For instance if one really wants to see competitive sport- nothing surpasses the Saturday afternoon GPS, and Club Games- these are also to limited audiences of diehard fans of the sports involved – not really commercially viable for sporting broadcast. We don’t have the population to support the great audiences of American College Football which is down the rung from the big Leagues .

“…but crowd numbers clearly demonstrate that the audience is on side.”
But TV ratings say otherwise. I can’t imagine Channel 7 pumping resources into something where audience numbers are falling.
The product definitely needs to improve.

To compensate for less advertising opportunities & lower ratings perhaps Seven could hit up the government (er, taxpayers) for $30M for women’s & niche sport in the manner of Fox last year. Seven’s executives would actually have the chutzpah to try. And, like Fox, they wouldn’t need to account for how the largesse is being spent.