Australians have already reduced their soft drink consumption by far more than a sugar tax would ever achieve -- but we still got fatter.

This is the second instalment in a two-part series. Read part one here.

The rationale for a sugar tax goes something like this: increasing the price of soft drinks will lead to decreased demand for them and lower consumption of sugar; as a result, people will lose weight, with attendant public health benefits.

As we saw yesterday, at least one of those links doesn’t follow: increasing the price of soft drinks either leads to only a momentary drop in demand, or substituting into other beverages with resulting higher calorie intake.

But there’s another flaw in the argument as well. In fact, we’ve been reducing our sugar intake for years but we’ve still put on weight. Like alcohol — which the public health lobby insists is being consumed at damaging levels — Australians have significantly reduced their sugar intake in recent decades. One study is worth quoting at length:

With the use of the FAOSTAT food balance sheets for Australia, the per capita availability of added or refined sugars and sweeteners was shown to have fallen 16% from 152 g/d in 1980 to 127 g/d in 2011 (P-trend = 0.001). In national dietary surveys in 1995 and 2011–2012, added-sugars intake declined markedly in adult men (from 72 to 59 g/d; 218%) but not in women (44–42 g/d; NS). As a proportion of total energy, added-sugars intake fell 10% in adult men but nonsignificantly in adult women. Between 1995 and 2011–2012, the proportion of energy from SSBs* (including 100% juice) declined 10% in adult men and 20% in women. More marked changes were observed in children aged 2–18 y. Data from national grocery sales indicated that per capita added-sugars intakes derived from carbonated soft drinks fell 26% between 1997 and 2011 (from 23 to 17 g/d) with similar trends for noncarbonated beverages… The findings challenge the widespread belief that energy from added sugars or sugars in solution are uniquely linked to the prevalence of obesity.

Both children and teens, and adults, are drinking significantly fewer sweet beverages and more unsweetened beverages and water. This fall in sweetened beverage consumption is far in excess of the kind of change sugar tax advocates claim will result if they get their way — the Mexican tax was assumed to reduce consumption by 10%, just over a third of the fall that’s happened without a sugar tax in Australia between 1997 and 2011 alone.

But what happened while we were reducing our sugar intake from beverages (and we were drinking less alcohol, another big source of calories) in the decades up to 2011? The prevalence of overweight and obesity increased from 56.3% in 1995 to 62.7% in 2011-12.

[The government is right: sugar tax is rotten policy]

What sugar and alcohol also have in common is that the public health industry is deploying the same tactics with both. Call it “tobaccoisation”: constant demonisation of a product as a massive contributor to ill health, one being consumed in vast and destructive quantities, that requires urgent government intervention — big tax hikes, advertising bans, restrictions on use — on the basis that Australians can’t be trusted to make decisions for themselves.

There’s a fundamental difference between tobacco and sugar and alcohol, and for that matter other demonised products like junk food, salt or fat: there’s no safe level of consumption of tobacco; its mere use is harmful. But other products can and are used by Australians moderately and in healthful amounts. Indeed, contrary to the relentless campaigning by the public health industry and a supportive media, Australians are among the world’s longest-lived people, and we are staying healthy for longer than ever.

Time to stop demanding that Australians be subjected to punitive taxes because their lifestyle choices don’t fit with nanny state fantasies. 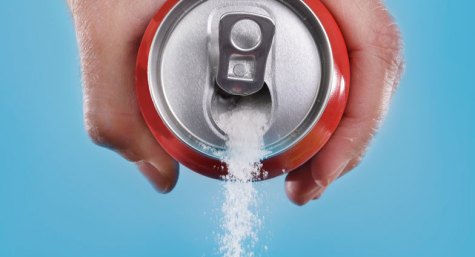 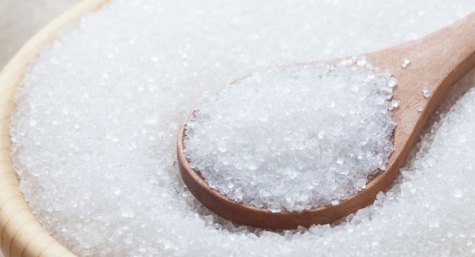 Sugar, oh, honey honey, I am the nanny state, and you’ve got me watching you

“Australians are among the world’s longest-lived people, and we are staying healthy for longer than ever”. Said Bernard Keane.
Not exactly true, because whereas 40 years ago people were sick for 15 months before they died, but now because of lifesaving medication, they’re sick for 15 years before passing. Not really healthier.

It’s the ecology fallacy in asserting that since the consumption of sugar is decreasing and the incidence of obesity is increasing, that dietary sugar has no influence on obesity.

It’s assuming that the characteristics of a population as a whole (average sugar consumption) applies to a segment of the population (the obese).

It could be true. To assess it, you’d need to look at the sugar consumption in the obese and compare it to that in the non-obese.

This is a very tabloid article most unlike BK’s usual excellent output. Reference to ‘nanny-statists’ in the first article is so similar to Andrew Bolt and his use of the word ‘warmist’ to discredit an entire body of science. The sugar issue is complex and multifactorial, this glib over simplified article does it little credit. Obesity starts in childhood and the die is often cast then. It is then decades before the slightly overweight child becomes obese, burdened with type 2 diabetes, high cholesterol hypertension, then heart disease and stroke. Soft drinks contribute around 10% to obesity overall, so introducing a sugar tax on drinks will only be a small part of the problem, and will be undetectable in crude population statistics. The benefits would not be seen for many years or even decades. Whilst we have amazingly good life expectancy there are signs that the ever increasing survival is soon to start reversing as the epidemic of diabetes comes through. An earlier reader linked to the excellent Grattan report on this issue and if anyone wants to understand the issue please read this at https://grattan.edu.au/wp-content/uploads/2016/11/880-A-sugary-drinks-tax.pdf. At the very least a sugar tax on soft drinks will send a signal and will raise an estimated $500M which can go towards the ever mounting costs of treating the related diseases. A very strong message needs to be sent to children and their parents that refreshing their thirst with a can of soft drink containing 13 teaspoons of refined sugar is bloody stupid.

“Reference to ‘nanny-statists’ in the first article is so similar to Andrew Bolt and his use of the word ‘warmist’ to discredit an entire body of science.”

What’s next, if you don’t like regressive sin taxes on consumption you’re literally Hitler?

The trouble with reducing soft drink consumption is that people replace soft drink with fruit juice, which sometimes has even more carbohydrates (in the form of fructose) than soft drinks. It’s a lie that fruit juice is healthy. Eating your daily intake of fruit is healthy but drinking fruit juice is not. The best part of the fruit is thrown away, wasted.

If we want a healthy population we need to severely tax advertising for bad food and subsidize advertising for healthy food and lifestyles. We need to promote diet and exercise, the only “cure” for obesity and stop the endless procession of quack fad diets and foods.

Reduce the food you eat and increase your exercise. It’s not complicated.. it’s just hard work and commitment. I exercise and I eat a healthy diet. I drink water to rehydrate, many times a day. When I drink tea or coffee it is without sugar or milk. I keep my alcohol intake below 7 drinks a week. I’m fairly fit for a 60 year old. I run 6km every day as well as other exercise. It took 10 years of commitment to get me here but to be healthy is to be the richest person on Earth.

It still requires a massive effort of will to get me out for exercise every morning but the alternative is fatness, sickness and depression.

It’s interesting that every time Bernard Keane writes on this issue he says ‘nanny state’ about ten times and quotes Jennie Brand-Miller. It’s his safe place in this argument; whereas on most issues Mr Keane is open-minded, analytical and keen to get to the truth, on this matter he prefers a few tired and discredited arguments.

To be honest, I would not believe a word Jennie Brand-Miller says. Her research has been completely debunked (see http://www.abc.net.au/radionational/programs/backgroundbriefing/2014-02-09/5239418 and http://www.abc.net.au/news/2016-04-13/the-australian-paradox:-experts-hit-out-at-sydney-uni-study/7319518), and when asked why she wrote a paper with such dodgy stats she basically said (paraphrasing): “well, everyone says sugar consumption is going up, but we wanted to present a different view”.

Huh? That sounds less like the work of a scientist and more like that of a radio shock-jock. Forget evidence – let’s just say something controversial!

Bernard, I think you need to rethink this one.

As I said yesterday we will not know, because the sugar levels will not make a diffenrece overnight. But BK is right on one thing, we need to get the sugar out of the everyday food where there is no need for it at all. There is a power of sugar in low fat food, we’d be better off with the fat.